Starting in January, people around the country hoping to gain high-school accreditation through obtaining a GED will face a very different set of tests. In a huge overhaul of the GED procedure, prospective test-takers will have to pass a series of tests being remodeled to more closely align with the new common core standards being rolled out in the K-12 school system. 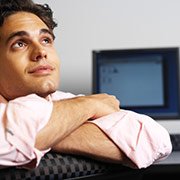 By most accounts, this reform will lead to a more difficult, more time-consuming test. Considering that the current series of tests, administered to over 700,000 people every year, boasts a passing rate of about 72%, making the test more difficult seems unnecessary. This passing rate is right on par with national averages for high school graduation, which are under attack for being too low. In this time when we are trying to engage more people in post-secondary education, it is odd to make the road to that goal tougher.

This new series of tests will also be more expensive, and done exclusively online. Costs will double to $120, putting unnecessary financial strain on a segment of the population already statistically stuck in poverty. It is also feared that access to testing centers that offer this computer-based test will be limited.

There are ways to deal with these problems, particularly the cost factor. Already, Minnesota does great work providing assistance to students taking AP exams, reducing the $89 fee per exam significantly, and sometimes altogether. When I was in high school, the state payed $60 of each test for me, which meant a savings of $660 in the three years I took AP tests. There currently is no statewide program like this for GED test-takers, but maybe this fee increase will strt that process.

The narrative around the job market now makes it clear that post-secondary education is becoming a standard requirement for increasingly large parts of the workforce. In the face of that reality, it seems that we should be working as hard as we can to make getting a high-school equivalency easier, if not in the actual material, at least in the process. We cannot simply leave applicants out to dry as these new standards are implimented. There is a definite hole to be filled in test preperation, and it is in the state’s interest to fill that hole.