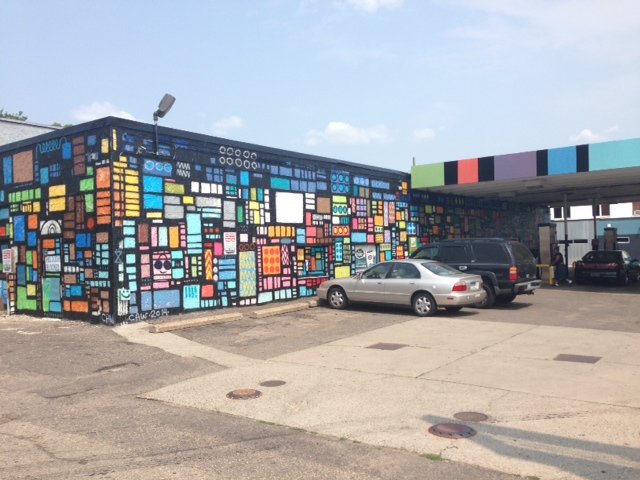 If you take transit, walk or drive down West Broadway in North Minneapolis, you may have noticed a change at the corner of Fremont Avenue N. Over the course of eight days in July, Broadway & Fremont Food and Fuel at 1120 West Broadway was transformed from a nondescript white building into a bold piece of public art.

The exciting project came together thanks to the artist’s creative energy, business owner Nabil Aladimi’s enthusiasm, and financial and logistical support from the West Broadway Business and Area Coalition (WBC), which leads initiatives to bring businesses, non-profit organizations and neighbors together to create an inviting and vital West Broadway corridor. 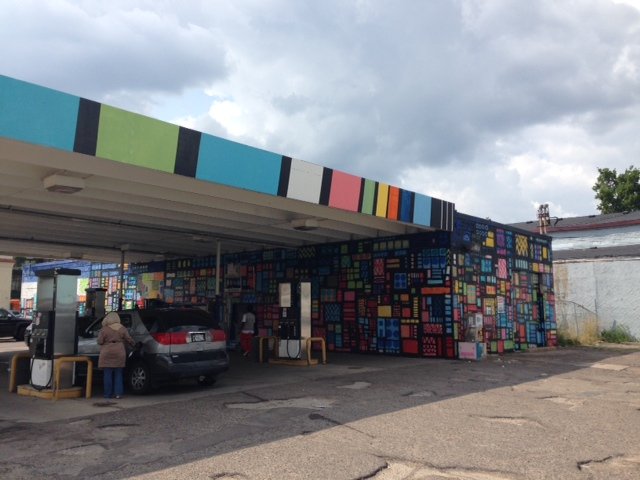 “Right when I moved to North I saw the [Broadway and Fremont] gas station and thought it would be awesome to paint a mural on it… I knew I could bring it life,” said Williams, an artist that works in various mediums. A Minneapolis College of Art and Design graduate, Williams has lived throughout Minneapolis for a decade and moved to the Northside over a year ago.

“We’ve been planning to do a full remodel, but waiting to get the funds together,” said business owner Nabil Aladimi. In July, WBC staff introduced Aladimi and Williams and encouraged Aladimi to take advantage of the Façade Improvement Program, a matching grant program funded by the city of Minneapolis and the McKnight Foundation. “We figured we could do this first step,” said Aladimi.

Erin Heelan, Executive Director of the WBC, spoke of the organization’s ongoing work to use art as a community and economic development strategy: “One of the most exciting things we do at the WBC is help connect local artists with business owners. Small business owners are incredibly busy; it can be hard to find the time and budget to make updates to their storefront, or they don’t know where to start. With the Façade Improvement Program, we can help them overcome those obstacles, and everyone benefits.” 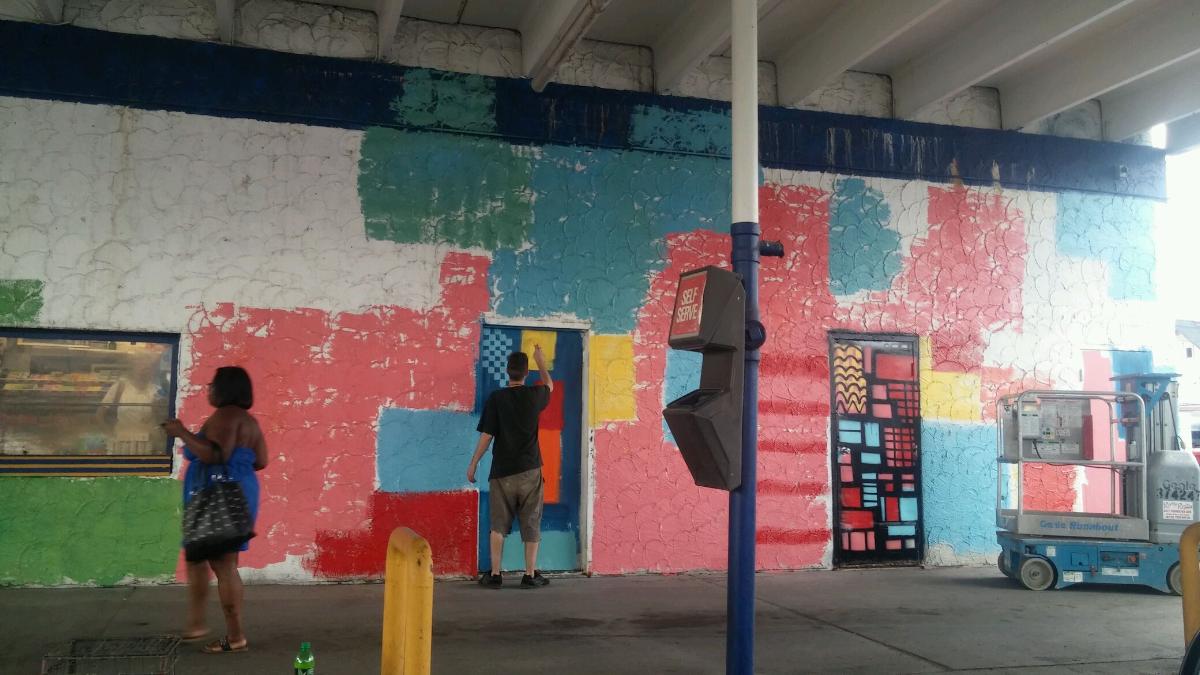 Aladimi, Alabed and Williams all remarked that working together and the grant process went very smoothly. From Williams’ perspective, “Usually the biggest obstacle is working with the owner of a building because…they are more cautious. But everyone at the gas station was really cool. At the end I gave everyone that works there a painting.”Sami Alabed, Aladimi’s associate and manager at Broadway & Fremont Food and Fuel, worked with the artist during the project. “It’s great, something we never thought we would do, but it looks a lot better. The art grabs people’s attention; some customers take pictures in front of the walls.”

Neither Alabed or Aladimi was interested in micromanaging William’s design for the gas station. “I said, ‘Go for it.’ He knows what he’s talking about and I don’t want to interfere with his professional work,” said Mr. Alabed.

Williams says the first day he began work on the completely white building, some people passing by were skeptical of what they saw as random splashes of paint. “When I outlined the colors in black people 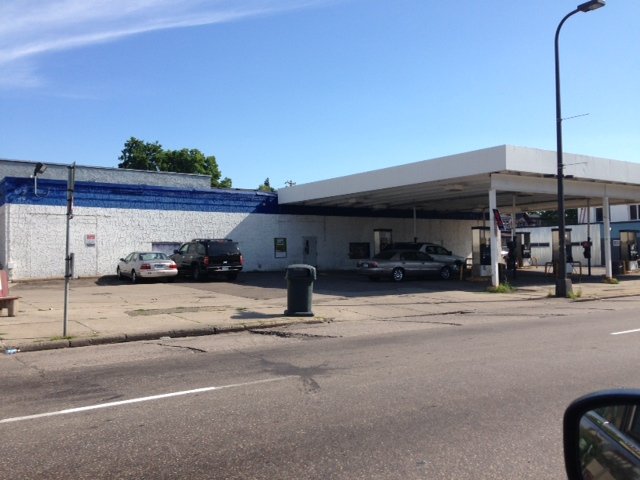 started to get it.”

The community’s response to Williams’ completed transformation of Broadway & Fremont Food and Fuel has been overwhelmingly positive according to the artist, business owner and WBC staff. Reflecting on this work, Williams said, “People respond to colors and shapes. With this mural, there are lots of different ways to get it; thats what I love about abstract art.”

Broadway & Fremont Food and Fuel is located at 1120 West Broadway in Minneapolis. Chris Williams (also known as C.A.W. Artist) is available for commissioned work and hopes to do more on West Broadway. He’s also preparing for a solo show in mid October. Follow him at facebook.com/CAWNARTIST.