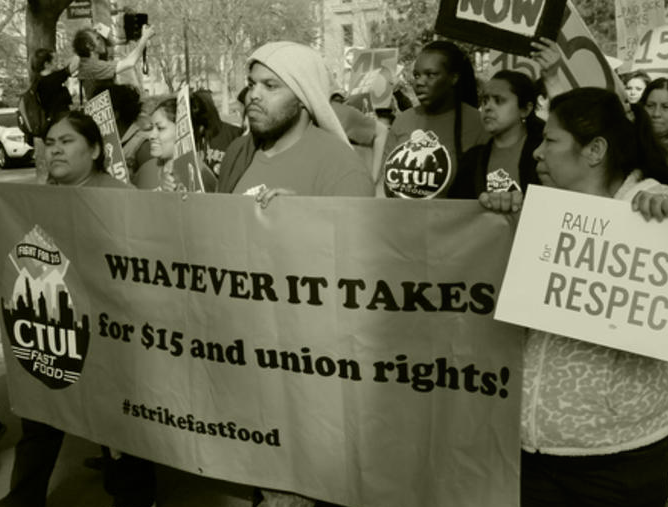 Protestors in Minneapolis rallied on Wednesday, April 15, on the University of Minnesota campus to demand a $15 minimum wage. Numbering in the hundreds, the group blocked traffic on their march to the Dinkytown McDonald’s where union members, advocacy groups, and supporters demonstrated support for increased wages and fair treatment in the workplace. The protest was part of a national movement that has been called the Fight For 15.

Protesters march on the University of Minnesota campus.