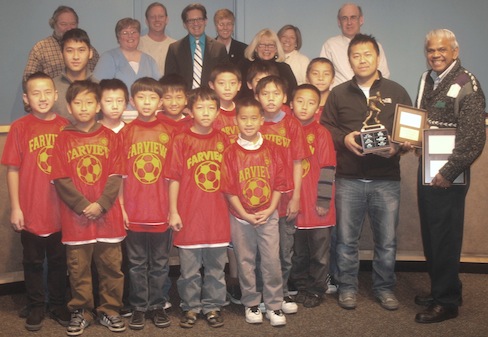 On January 18, the Minneapolis Park Board presented the Good Sportsman Award to the Farview 13u gold team.

Minneapolis Parks soccer director Peter Jaeger said, “There is one sportsmanship award handed out for the entire 2011 soccer season in the MPRB to the team that demonstrates the most sportsmanship. From the way they play, win, lose and act before and after the games; from the coaches to the players and fans this team has exemplified the attributes we need to recognize as an organization. It is our chance to thank them for participating and setting a good example for all the teams that participate in the MPRB Soccer Program.”

Of the 115 soccer teams that competed in the Minneapolis Parks soccer league this fall,  the Farview 13u Gold team won the award.

All the players are Hmong, and most came to the United States from Thailand’s Wat Tham Krabok refugee camp in 2004 and 2005. 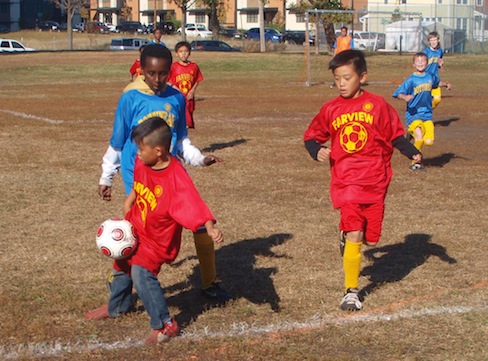 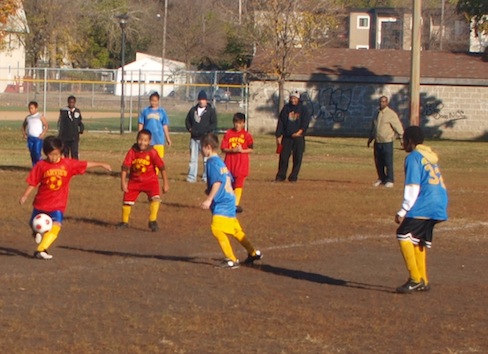