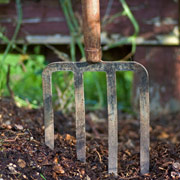 You might easily confuse the sound of a farm-tiller with that of a lawn-mower this spring season. That’s because more urban farmers in Minneapolis can use their own land to sell self-grown produce.

Minneapolis passed a new city ordinance allowing market gardeners to grow food commercially in their own yards and designated plots for 15 days per year. Other rules expand the use hoop houses and fish farms in city limits.

Audrey Matsen launched Egg|Plant Urban Farm Supply two years ago, recognizing a new generation of DIY gardeners and city-dwelling food producers. She sees a resurgence of urban farming as people of all generations prefer local sources of food. It’s also a source of economic development in neighborhoods that could use vacant lots to generate income.

Farmers at Stone’s Throw Urban Farm see the new policy as vital to urban development and addressing hunger in the city. Macalester senior and co-owner Alex Bierman hopes to see if urban farming can be a viable source for steady economic development in the city.