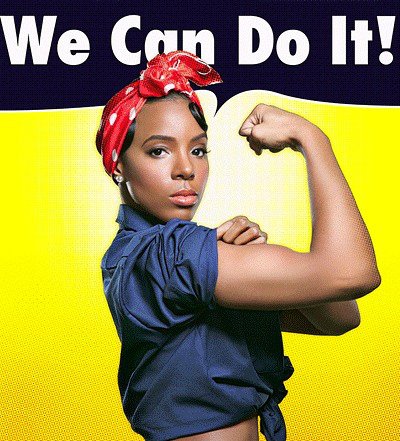 Ask anyone – Black or White, male or female – to describe Black women and the most common answer is likely to be strong. The StrongBlackWoman is a legendary figure, typified by extraordinary capacities for caregiving and for suffering without complaint. She is a cultural myth that defines – and confines – ways of being in the world for women of African descent…[This] manifestation of strength that has become normative for Black women is uniquely racialized and gendered. Strong is a racial-gender codeword. It is verbal and mental shorthand for the three core features of the StrongBlackWoman – caregiving, independence, and emotional strength/regulation…The StrongBlackWoman possesses each of these characteristics to such an excessive degree that it interferes significantly with her physical health, her emotional and spiritual well-being, and her relationships. – Dr. Chanequa Walker-Barnes[i]

I’ve been a StrongBlackWoman for as long as I can remember. The day I graduated from what many consider to be the most rigorous high school in America, my dad congratulated me on the various honors I received by saying, “You didn’t graduate from Exeter. You conquered Exeter.” Refusing to be intimidated or bewildered, the little black girl from California had infiltrated the ranks of the New England elite, endured their crushing privilege, navigated their culture, and beat them at their own game.

Conquering is a good way to put it. I tend to storm through life in a way that tricks everyone (myself included) into thinking that I’m invincible. For years, I was the primary caregiver for a family member who needed round-the-clock care, all while holding down a full-time job as a professor, managing two different research labs at two different universities, leading a parachurch ministry, serving as a senior leader at my church, and mentoring half a dozen young adults. On top of that, for most of my professional life, I’ve held “trailblazer” positions in the mostly-white, male-dominated Christian world and have felt the soul-crushing forces of its institutional racism, sexism and oppressive theology. Thus, my work as a thinker, reconciler and truth-teller has extracted me from the safe spaces that nurture and protect me as a black woman and catapulted me into the unsafe and oppressive spaces of the powerful. In those spaces, I give much yet receive little more than lip service and a steady stream of microaggressions. 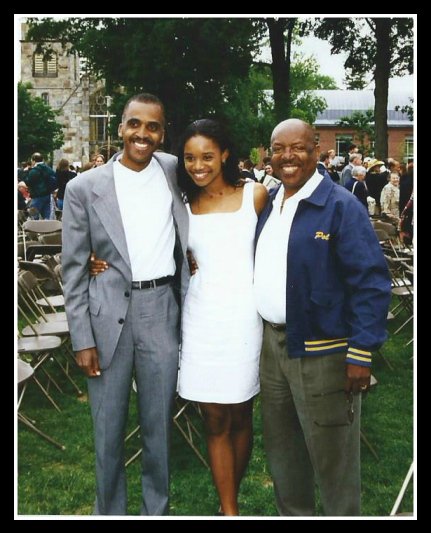 Left: Hail, the conquering hero. At graduation with my dad and granddad.

Nevertheless, I haven’t flinched. Sure I’ve crashed and burned every so often, but for the most part, I’ve convinced myself and others that I’m thriving, that I’m a StrongBlackWoman who can withstand all the oppression individuals and society hurl at me. I’ve maintained the enduring optimism of a conqueror: doling out smiles, advice and encouragement to those around me; ignoring my own needs in the name of sacrificial love; interacting with others in a way that makes me seem respectable and wise but not too threatening; and consistently “taking one for the team” for the sake of “unity.” I’ve been a Mammy and a martyr. A Mammy-martyr.

My life is bloody, but no one ever sees me bleed.

But thank God that over the last year or so, that façade has begun to crumble and I’ve gradually realized that it’s normal and even godly to cry, to admit that I’m afraid or that I’ve lost hope, to ask for help, to practice self-care, and to walk away from the people and organizations for whom I’ve been a Mammy-martyr.

Language can be liberating in that it makes nonconscious processes conscious, and in doing so, enables us to exert control over processes that have previously controlled us. In her recent book Too Heavy a Yoke: Black Women and the Burden of Strength pastoral theologian and clinical psychologist Dr. Chanequa Walker-Barnes has given me and countless other black women the language to consciously name the ways in which the interactive forces of racism, sexism and classism have forced the StrongBlackWoman identity onto many of us. According to Walker-Barnes, the StrongBlackWoman is the “hegemonic black femininity.” In other words, society reinforces “the notion that to be a good Black woman – a StrongBlackWoman – is to be stoic in the face of struggle, to devote oneself to taking care of others’ needs at the expense of one’s own, and to show no signs of needing support of any kind from others.” Pop culture examples of the StrongBlackWoman are Dr. Miranda Bailey on Grey’s Anatomy or Tyler Perry’s Madea whom Walker-Barnes calls “the StrongBlackWoman on steroids.”[ii] 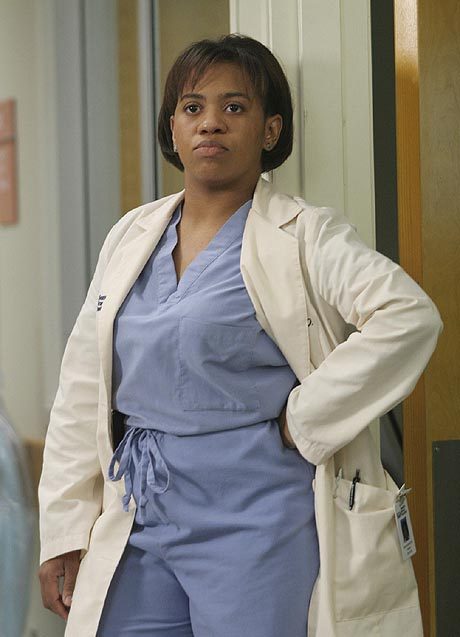 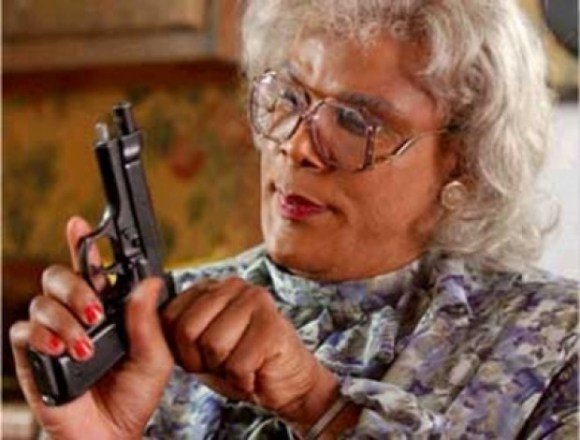 In her book, Walker-Barnes expertly shows that the StrongBlackWoman identity was initially introduced by leaders of the black racial uplift movement (a precursor to the Civil Rights movement) at the turn of the 20th century as a way to combat the insidious stereotypes that have plagued black women since we first arrived in America: the asexual and happily oppressed Mammy, the sexually promiscuous and manipulative Jezebel, and the sharp-tongued and emasculating Sapphire.

Walker-Barnes writes, “The goal was to distance oneself as far as possible from images perpetuated by racist stereotypes. Ironically, then, respectability, the hallmark of White, Western identity, became the hallmark of authentic blackness…This required the suppression and denial of any weakness, shortcomings, or vulnerabilities that might conform or underscore racial stereotypes.”[iii]

Black women embraced the hard-working, stoic, sacrificial ethic of the StrongBlackWoman and covered up any signs of weakness or vulnerability in order to show the world that black women aren’t immoral, lazy, and selfish. Ultimately, this goal wasn’t achieved as the Mammy, Jezebel and Sapphire stereotypes remain alive and well in the American consciousness today. Meanwhile, the StrongBlackWoman identity, which at first glance seems like a positive identity, has wreaked havoc on black women’s emotional, physical, spiritual and relational health. In an attempt to escape one set of racist/sexist stereotypes, black women have run smack dab into another stereotype, one that is also maintained by societal racism and sexism. The StrongBlackWoman identity continues to ensnare black women like myself, as we work to disprove the racist stereotypes that society simply refuses to relinquish.

STEREOTYPE THREAT AND THE STRONGBLACKWOMAN

More recent research has shown that the constant stereotype threat that black people experience as they go about their daily lives in white America is linked to increased incidences of hypertension in the black community.[v] Research on stereotype threat underscores the reality that when faced with an unending onslaught of racist, sexist and classist stereotypes, black women find themselves in a choke hold. They must conform to the StrongBlackWoman ideal by being stoic, independent and overly-sacrificial – or risk confirming the negative stereotypes.

THE STRONGBLACK WOMAN IN ME

As the only African-American faculty member at a Christian college for two years, I experienced a constant state of stereotype threat; I was almost always in situations in which others could potentially view me in stereotypical ways. During my first week on the faculty, a white male colleague confirmed this when he approached me and “confessed” to me that he was really pleased that I had joined the faculty because he had been harboring some prejudices against black women (lazy, stupid, violent, etc.) and he was glad to meet a “respectable” black woman who would force him to rethink his prejudices.

He thought he was doing me a favor by being transparent and confessing his prejudice, but it only served to heighten my stereotype threat. I knew that I had to represent black women to the entire community, that I needed to be a credit to my racial-gender group, and that I’d better not show any weakness. Like the women of the racial uplift movement, I thought that the StrongBlackWoman in me would save me.

Over the course of those two years (the worst of my life), I refused to show any vulnerability or need even though I dealt with overwhelming institutional racism and sexism, psychological homelessness, disrespect from students, and more. After oppressive interactions as the only woman and only person of color in committee meetings, I would grit my teeth, vowing to myself that I would never let them beat me, that I would never let them see how much they hurt me. So I repressed my anger, sadness, anxiety, fear and loneliness, and busied myself with taking care of my students and others in the community like the StrongBlackWoman that I was. Everybody thought I was fine.

The dam finally broke during my exit interview with a senior leader on my last day of employment. He responded callously when I tried to explain the concept of microaggressions to him. I simply couldn’t take it anymore. I started sobbing uncontrollably, eventually excusing myself from the interview and retreating to my car where I cried nonstop for several more hours. It wasn’t until months later that I realized that I wasn’t crying because he had been callous. I wasn’t even crying because his callousness represented all of the institutional callousness that I had experienced over the last two years. No, I was crying because I had let them beat me. Even then, I was more concerned with upholding the façade of the StrongBlackWoman than with getting actual help. That’s the magnetic power of the StrongBlackWoman identity and the hegemonic forces that keep it alive.

Two weeks from today, I begin a faculty position at a Christian college. I gotta tell ya, I’m super nervous about returning to full-time work in a predominantly white evangelical institution. As I continue my work as a reconciler and as someone who fights the very societal forces that uphold the StrongBlackWoman identity, I don’t want to fall prey to it. It’s bloody work but I don’t want to hide my bleeding. I don’t want to repeat the mistake of choosing the StrongBlackWoman armor over authentic community, reciprocity and self-care, but I’m committed to working through this with God and close friends.

My name is Christena and I am a StrongBlackWoman. I am beatable and human, and I am okay with that. I give myself permission to scream when I am angry, cry when I am hurting, ask for help when I need it, and remove myself from communities that can’t or won’t care for and nurture me as a black woman. Every day is a struggle to put down the StrongBlackWoman façade and take up authenticity, true strength rooted in God and community, self-love, and mutual love. But today I choose to face that struggle and receive the help I need to overcome it.