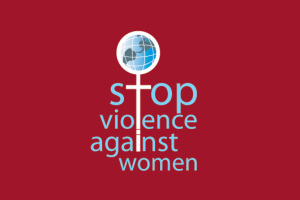 I am sure many of you have been following the news about the horrific rape of the woman in India. Linked here is a New York Times article that I found especially poignant, where the author describes her own experience of a `rape culture’.

I have very much appreciated the outrage and discourse, like this article, that has followed this tragedy in India. It is important to point out that the situation described by the author is not unique to that country. In our work around the world we witness rampant impunity for rape and violence against women. For example, our NGO partners in other countries are regularly engaged in arguments with parliamentarians and legal officials about whether women even have the right to be free from rape and violence – particularly in the home. Laws prohibiting marital rape are still a topic considered debatable for many. In every country where we have conducted trainings for legal professionals, we are challenged about our `radical’ position that those who physically and sexually assault women should be arrested and prosecuted. A woman’s human right to be free from violence is still very much an aspiration in most of the world –not a reality.

However, it is also important to note that twenty years ago, when we started our project to promote women’s rights around the world, I do not think this rape in India would have been publicized at all in the way it has been in recent weeks. It certainly would not have been front page news. And I am all but certain the legal system would not have reacted as it did in this case.

As the author of the New York Times piece points out, “The unspeakable truth is that the young woman attacked on Dec. 16 was more fortunate than many rape victims. She was among the very few to receive anything close to justice. She was hospitalized, her statement was recorded and within days all six of the suspected rapists were caught and, now, charged with murder. . . In retrospect it wasn’t the brutality of the attack on the young woman that made her tragedy unusual; it was that an attack had, at last, elicited a response.”

This response and the public outcry is a testiment to progress. Even in this time of despair about this brutal violence, we are hopeful that India — and other countries — will be inspired towards change.