I’m an easy-sell for a make-a-difference story, particularly when it comes to race, education and employment.

Like the bold stunt on the national stage by Sy Stokes, an African-American student at UCLA who used spoken word, hard statistics and video last fall to chide the white majority, especially officials at the University of California Los Angeles, for the low 3.3 percent of African-American males in the school’s graduate and undergraduate programs, as well as for a lack of financial aid for these students.

“No snowflake in an avalanche ever feels responsible,’’ charged Stokes in his lyrical video, which attracted 1.9 million views and sparked discussion around the country.

Confronting race is also what the local Facing Race Ambassador Awards April 7 are about. The idea is to “lift up and celebrate” people who are striving to end racial disparities, says Carleen Rhodes, president and CEO of The St. Paul Foundation, which will honor five “anti-racism advocates” at a free event open to the public.

Both overcame hardships as children. Mitchell survived a brother’s death in a gang shooting and is headed for college. Terrell overcame poverty and homelessness and feelings of inferiority.

At 10 Terrell began to study the civil rights movement, at 11 he read “The Autobiography of Malcolm X,’’ which had a profound impact on him. “For the first time I learned to love myself as a young black man,’’ he said.

Others who will receive honorable mention for their efforts are: Jennifer Godinez of the Minnesota Minority Education Partnership; Bukata Hayes of the Greater Mankato Diversity Council, and Cecilia Martinez of the Center for Earth, Energy and Democracy.

From bullhorn to board room

What started with Terrell standing outside Target’s downtown corporate headquarters with a bullhorn led to TakeAction Minnesota activists sitting at the table with Target Corp. shareholders discussing employment barriers for people of color. 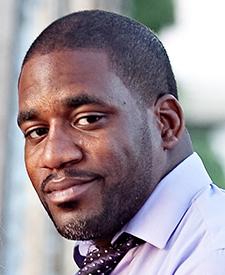 In the so-called ban-the-box initiative, Terrell, who has a master’s degree in advocacy and political leadership, worked with a coalition of organizations and individuals to pressure Target to remove questions about an applicant’s past criminal record from job application forms, first statewide and then nationally. Other private companies took similar action and Minnesota’s Legislature passed a ban-the-box law, effective Jan. 1 this year.

“The award,” Terrell told me, “has my name on it but it belongs to all these people and multiple organizations that helped us build a movement to close Minnesota’s racial jobs gap. We need to create jobs for 6,500 people. This is doable. They have to be living-wage jobs, which is the hard part.’’

Mitchell’s brother’s death, two weeks before he was to leave for college, shook her young world and became a wake-up call. “I think it pushed me to be the person he wanted me to be,’’ she said. 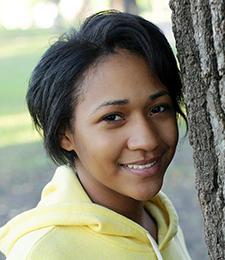 The young woman joined a local Youth Leadership Council and rose through the ranks to become a member of its national board, in the process learning her strengths and sharing her experiences as a bi-racial student, while realizing the need to address the academic achievement gap between races.

The awards celebration also features a keynote address by Wing Young Huie, a talented Minneapolis photographer whose work hangs at the Minneapolis Institute of Arts and who uses art as a social catalyst to bring people of all backgrounds together. He has earned accolades for his public art projects, including “The University Avenue Project” and “Looking for Asian America.’’

Tickets are free but reservations are required for the program, awards ceremony and reception beginning at 6 p.m. April 7.