Awhile back I shared a story from memoirist Kao Kalia Yang who wrote about the first Hmong coming here in the winter of 1976. They saw Minnesota’s cold, leafless landscape and assumed it dead, the victim of chemical warfare.

That aside, there’s no doubt that explaining Minnesota’s frigid winters, three-digit summer temperatures, tornados, a host of other weather-related issues and how to deal with them is no easy feat — especially to those who don’t speak English well or at all.

There are programs for that.

Among the first is ECHO (Emergency Community Health and Outreach) that began in 2004, and among the latest is a severe weather training program starting today, Jan. 29, that’s the effort of KSTP meteorologist Jonathan Yuhas and KSTP news anchor Joy Lim Nakrin as part of an outreach initiative of the Asian American Journalists Association Minnesota Chapter.

Both efforts represent bridges between dominant and minority communities, providing practical and useful information and something more. 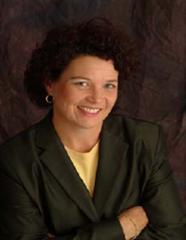 “We are building relationships in the community, not just translating the material and putting it out,” explained Lillian McDonald, ECHO’s founding director and a former TV journalist.

“We need to engage these communities, to work side by side with them in health, safety and other civic issues,’’ she said. “It’s more than translating, it’s cultural context.”

Further, it is better to reach out before there is need for something like mass inoculations or emergency evacuations because the communities need to understand one another.

Cultural and language barriers play a role in misinformation and that can become a matter of life or death, says Nakrin, American-born herself, but whose mother is from the Philippines, though of Chinese descent.

“In Southeast Asia it’s pretty much summer year round. You don’t have to worry about tornadoes, double-digit temperatures or walking on thin ice.” Nakrin said.

Newer immigrants may know little enough English and even less about weather terminology, what to wear and how fast weather here can change, explained Lao Family Community board member Chong Lee.

Yuhas and Nakrin are collaborating with Lao Family Community of Minnesota, a St. Paul grassroots, non-profit mutual-assistance association established in 1977, to offer the training to Hmong community. The first of three classes is offered at 2 p.m. Jan. 29 at Lao Family Community, 320 University Ave. W. in St. Paul.

They’ll bring in a Hmong translator to aid in describing and explaining everything from tornado warnings and sirens to ice and water safety, the risks of hypothermia and heat exhaustion, as well as when it is and isn’t safe to go on the ice.

That’s an important issue to a people who fish for food, says Nakrin, vice president of the local Asian journalists’ group.

Yuhas, with a background of 20 years of forecasting weather and a former reserve police officer who provides similar trainings to fire and police personnel, hopes the sessions will help these newer Minnesota residents stay safe outdoors, despite cultural and language barriers.

Weather is far from ECHO’s only bailiwick. The non-profit offers a wide range of educational programs and messages on health, safety, emergency and civic issues. The organization has informed immigrant and refugee communities about everything from disaster preparedness to lead poisoning, from breast cancer to understanding snow emergencies.

One of their outreach efforts was staged in north Minneapolis after a tornado a couple of years ago to get persons with limited English talking about how they survived, what they learned and what they need to do to be better prepared, McDonald said.

ECHO communicates in as many as 12 languages, though most often English, Lao, Spanish, Khmer, Hmong, Somali, Vietnamese, and broadcasts on Minnesota Public Television weekly, online, on the radio, on DVD, in social media and by phone.

The website invites their target immigrant and refugee audience to suggest other issues they’d like to learn more about.