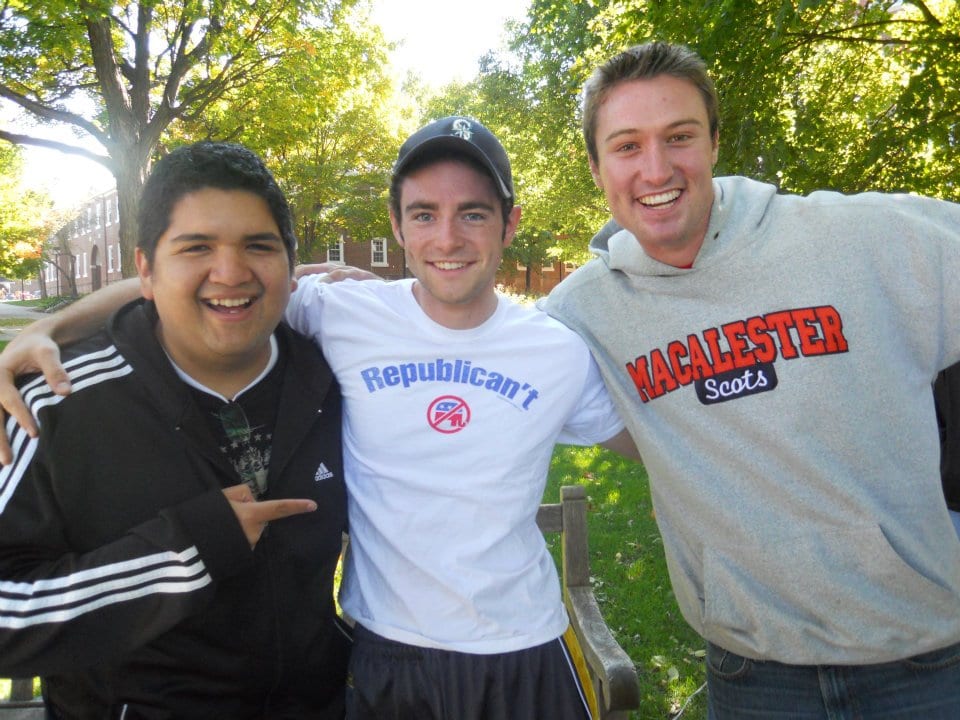 As the recently elected chair of the Minnesota GOP Pat Shortridge demonstrated, Macalester College, ranked by the Princeton Review in 2011 as having the most liberal student body of any college in the country, is fully capable of producing highly successful, motivated conservatives.

Full disclosure: The author is currently a sophomore at Macalester and, while not a member of Macalester GOP, is a friend of several members of the organization.

In fall 2009 Mac GOP was labeled as “inactive” by the student organizations committee of student government. Christina Eichorn (class of 2011), then chair of Mac GOP,could not demonstrate that the organization had the minimum six members required to maintain status as a functioning organization. Jim Hoppe, the Dean of Students, confirmed that student government records suggest that the group had been substantially less active following the 2008 elections. Under the direction of fresh leadership, however, that is changing rapidly.

When Daniel Surman (2014) first arrived at Macalester in the fall semester of 2010 he wasted no time in trying to make contact with the college GOP affiliate. Surman, a Texan from League City in Representative Ron Paul’s congressional district and a politically active Republican for years, had arrived under the impression that joining a local Republican organization would be a straightforward task. He was quickly proven wrong.

According to Surman, “When I came here, having been informed by college promotional material that there was an active GOP organization, I was told by my orientation leader that it had gone on hiatus for the past couple of years.”

Surman and another first year, Nolberto Zubía (2014), made contact with Eichorn and were able to secure the organization charter. By the end of the 2010, Surman had succeeding in making contact with Minnesota College Republicans (MNCRs), effectively re-registering a Macalester group on the state’s College Republican network.

As 2012 rolled around and the spring semester began, the pace picked up substantially for Mac GOP. Surman, Zubía and Sam Brier (2013) secured a booth for Mac GOP at Macalester’s bi-annual “Org Fair,” a recruiting event for student organizations. As a result of networking with the MNCRs, the three were then able to attend the elections of the MNCRs statewide leadership in March as delegates. Surman himself ran for the position of treasurer for the state CR organization.

At the time, Surman said, “The CR [College Republican] leadership was shocked to find out we existed.”

Ryan Lyk, the current chairman of the MNCRs, said that he was at first surprised at the Macalester contingent’s presence, but for him it is “pretty clear why” their revival is happening at this time. He ascribes the resurgence of Mac GOP as part of a greater conservative wind across the nation and as part of a broader rejection of President Obama and Governor Dayton’s “tax and spend policies,” and similar in source to the growth and popularity of conservative movements – such as the Tea Party – during the 2010 election cycle.

The group – Surman in particular – also worked closely with other campus organizations to arrange and prepare for the invitation of noted writer Reihan Salam to speak on campus. Around the same time, the Mac Weekly ran an article that highlighted the “resurgence” of Mac GOP. With Macalester Democrats (Mac Dems), Mac GOP also sponsored a debate between leadership of the two organizations on hot-button political issues towards the end of the semester. Ultimately, all of this resulted in membership having gone from not enough to maintain active status to at least six committed members by the end of the semester. 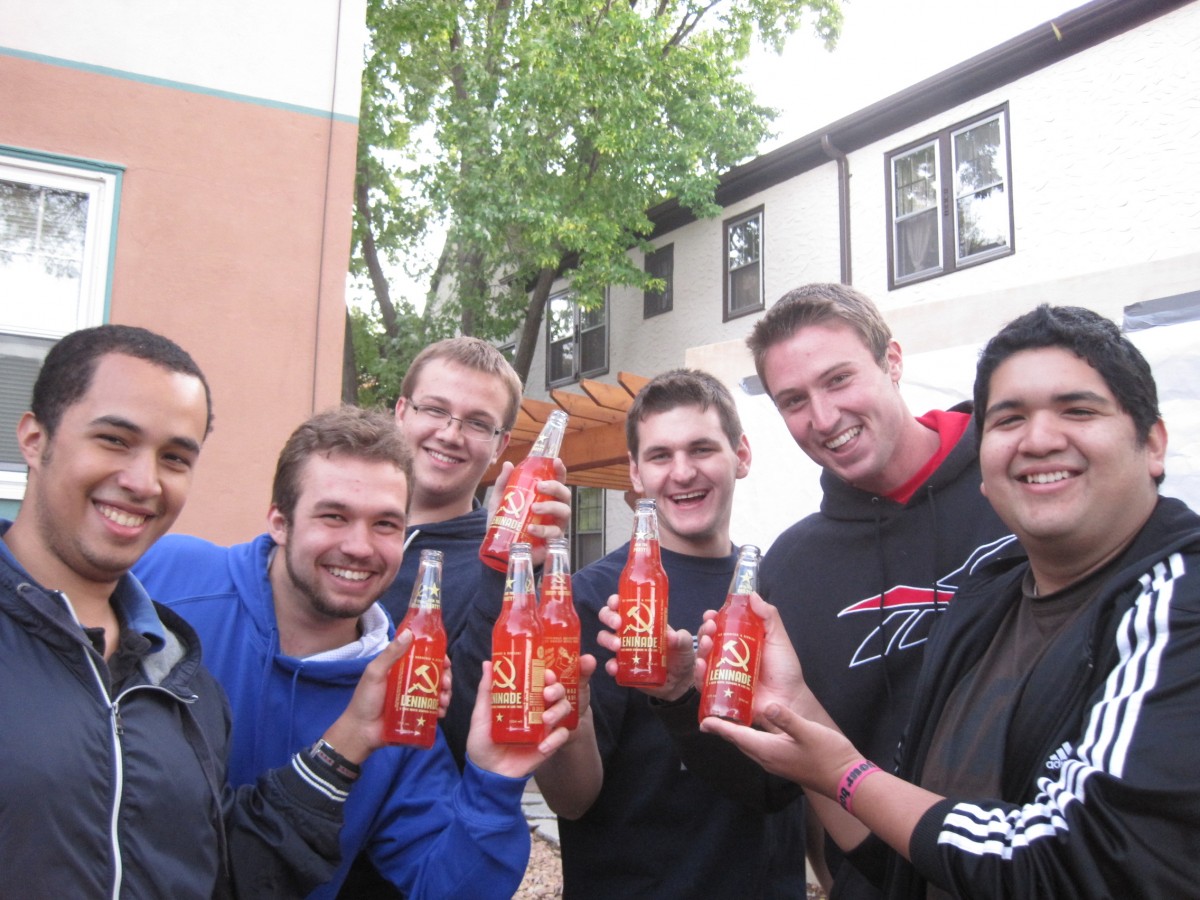 Having spent spring semester networking, establishing a core group of members and generally ramping up preparations for a new school year, Mac GOP hit the ground running in September 2011. They were able to field a presence at the start-of-the-year organization/student involvement fair.

Surman, the current chair, listed three priorities for the organization: firstly, more campaigning. “[We had] some this semester and we hope to do more moving forward,” he said.

Secondly, Surman cited the need for more campus awareness and a larger public profile for Mac GOP. “The whole job of it is to show people we exist,” he said. For example, during the fall semester Mac GOP ran a semi-satirical petition campaign called “Don’t Grade My Future” in order to present the redistribution of wealth to students in a more personal form and closer to home.

Lastly, they want to show Republicans and conservatism in a more positive light on campus. Many viewed the community as placing an unfair stigma on conservatives.  Two of Mac GOP’s bigger initiatives during fall semester were to set up a “free speech wall” on the main campus quad where students could write whatever they wanted as a celebration of their fundamental rights as well as Veterans Day awareness, including pins, campus-wide ribbons and letters to veterans.

Brier, who grew up in San Diego, describes having come from a political atmosphere where smaller government is “generally preferred” but government is nonetheless not inherently evil.  At Macalester, on the other hand, Brier describes a “blatant hostility with which conservatism is viewed on campus.” He notes such an atmosphere in the tendency of the majority of Macalester students, as well as some faculty, to “reflexively marginalize” the conservative perspective. When he arrived, political views at Macalester struck him as far-left and “naïve,” he said, adding that it seemed as though many students “lacked experience or perspective on the downsides of certain policy decisions.”

The need for a more positive perspective and outreach to conservatism on campus, not even necessarily identification with the Republican Party, is what motivates Brier’s role in Mac GOP. Though he views himself as an independent, he sees Mac GOP as playing a crucial role as “the canary in the coal mine. We have to be the test case to show other conservatives that it’s okay to express conservative views on campus.”

Drew Ojeda, the co-chair for the 2012 spring semester, pinpoints a “Macalester norm” in the political beliefs of many in the campus community. Ojeda grew up in Central Valley, California and describes himself as having come from socialism in high school to ardent, small government conservatism. He describes the “norm” as a “progressive ideology that pushes a certain agenda which members of Macalester GOP do not buy in to/actively oppose.”

Although a Constitution Party supporter at heart, Drew is an active member of Mac GOP because of the very Macalester norm that he views as tending to marginalize conservatives. He sees members of Mac GOP as united by the fact that “everybody feels like a political outsider.” Even though “90% [of the members] are not Republican,” they all are driven together by ideologies that they view the Macalester political climate as hostile to, Ojeda said.

Brier agrees: “if there wasn’t that progressive culture [at Macalester], our divisions would be more obvious.” “We all have different brands of conservatism,” he added, “but generally the role of government, spending and the idea of limited government, more freedom to the individual: these ideas unite us.”

“The big problem with Macalester politically,” Surman adds, “is that it’s a school that touts diversity but, ultimately, it’s politically homogenous. It’s stagnant.”

Surman sees Macalester’s pride in diversity as both politically inaccurate and a liability: “People come to Macalester and it becomes an echo chamber. There are progressives from all over the country [but],” he continues, “Because they all believe the same things and want to hear the same things, they end up encountering only what they want to hear and that’s dangerous intellectually.”

Surman recognizes that Mac GOP benefits from being a minority opposition group. He also acknowledges that, by extension, it is not homogenized but instead made up of individuals with different backgrounds and varied political positions. Some, like Brier and Ojeda, are not Republicans but many will vote for Republicans and are more than willing to participate in a conservative political group on campus. Indeed, he sees the diversity of its members as an asset which draws them closer together rather than pushing them further apart.

Though 2011 was not a major election year, Surman pushed for the newly-replenished ranks of Mac GOP to help campaign for the Republican-endorsed candidate for mayor of Bloomington, Hans Anderson. However, in doing so he ran into what he described as getting “bombarded with questions about his positions, policies, background – I effectively had to become his advocate, he said,  “even though I’d never met him just by suggesting we go paper drop for him for a week.”

In the long run, however, Surman sees the (at times) difficult process as a boon. “The silver lining,” he said, “is that, once I told everyone his positions, they fell in love and went to support him. It can be harder to find common ground, but ultimately it’s more worthwhile; once we find that common ground we’re stronger for having done that.”