In the old Jewish joke, two guys are standing in the firing line, awaiting their fate.

“You have any last words?” the tsar’s soldier sneers.

So it’s with some pride I report that 800 Jews gathered on Sunday afternoon at Adath Jeshurun synagogue in Hopkins for a vocal afternoon of solidarity against the Minnesota Marriage Amendment. Organized by Jewish Community Action it was a truly rare event that brought members from all the Twin Cities Conservative and Reform synagogues together under one roof for one reason.

I heard a week’s worth of reasons to oppose the amendment, but one, offered by Rabbi Morris Allen of Congregation Beth Jacob in Mendota Heights, really grabbed me: 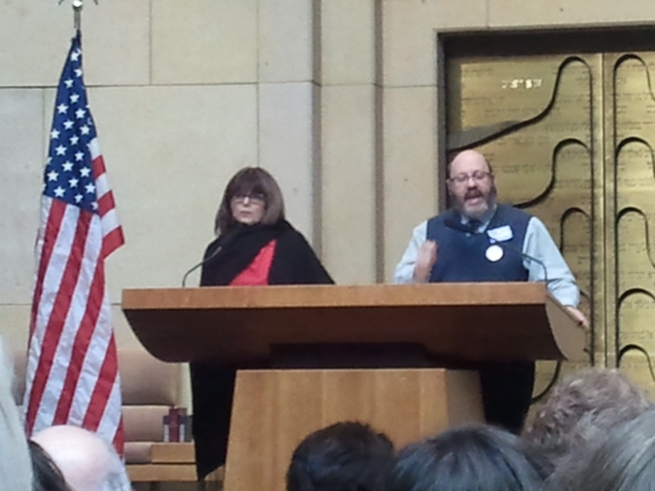 “We will not enshrine bigotry in our constitution,” Rabbi Allen said.

“Each morning men and women thank God for making them in the divine image.” The divine image, Rabbi Allen said, is for all humankind, whether straight, gay, or other.

“This state has no right,” he said, “to deny anyone their human dignity each morning when they get up to pray.”

Referring to the most repeated injunction in the Torah, Rabbi Allen concluded, “We are reminded 36 times that we are not to oppress the stranger. We are to include the marginalized. We are all created in the image of God.” 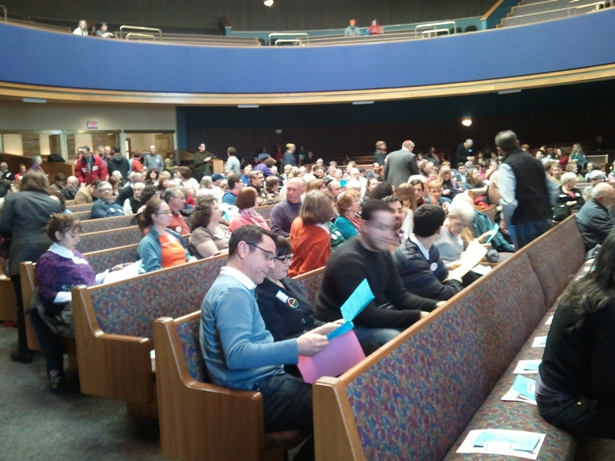