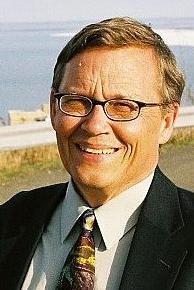 Among the more intriguing ideas surfacing at an anti-poverty conference last week was a proposal for something called a “poverty impact statement.”

The idea, first introduced in a bi-partisan way at the Minnesota House in 2009, is about having legislators and state government look at proposed bills through the eyes of low-income Minnesotans.

It boils down to this, as explained in materials from CLASP (the Center for Law and Social Policy), a national proponent working to improve the lives of low-income people: State and federal lawmakers across the nation should ask this question: “If we pursue this policy, how much should it increase or decrease poverty?”

So how would this work? From the 2011 CLASP report on “Poverty Impact Projections” by Jodie Levin-Epstein and Milla Sanes:

A Poverty Impact Projection (PIP) assesses the effect that proposed policy would have on the number of people in poverty. A PIP could measure, for example, the degree to which a proposed child care subsidy or increased earned income tax credit could cut poverty and over what period of time. It could include the effect on the depth and on the demographics of poverty. A Poverty Impact Projection or statement could be institutionalized through legislation, periodically undertaken at government request, or accomplished at the instigation of community groups. The goal is better informed decision-making.

Many advocates for low-income Minnesotans hope some version of a poverty-impact bill will appear on lawmakers’ desks during the 2013 session.

At the local conference convened by A Minnesota Without Poverty, the case for the measure was argued by Dane Smith, president of Growth & Justice, a progressive think tank that focuses on both economic prosperity and economic fairness for all Minnesotans. (In the interest of full disclosure, it’s only appropriate to remind readers that MinnPost founder and publisher Joel Kramer also founded Growth & Justice and sits on their board.)

MinnPost followed up with Smith to learn more.

Smith says the idea has been around the state for awhile, at least since it was included among a list of recommendations in the 2009 bi-partisan report issued by the Legislative Commission to End Poverty by 2020. That same year Rep. Jim Abeler, R-Anoka, and Rep. Carlos Mariani, DFL-St. Paul, co-authored a bill calling for a poverty impact statement, but the bill didn’t travel far.

There isn’t a state yet that has implemented such a measure, Smith says.

DS: Growth and Justice is an official partner A Minnesota Without Poverty and has been working at the table with them for a couple of years. It fits our framework as being research and analysis people. We’re founded on the idea we need to expand prosperity, reduce inequality and invest in human potential, that economic justice is good for business growth.

MP: The old bill suggested a Poverty Impact Statement Pilot Project. Is that what you would want?

DS: Neither I nor Growth & Justice is saying [the law] has to be like the 2009 bill. The principle is more important, that there be some sort of calculation, some sort of economic projection. We have that capacity now to make some sort of educated estimate on what legislation will do to increase or decrease the number of people impoverished in our state.

MP: So the concept could change somewhat?

DS: We think legislators could work with state agencies to craft a mechanism that measures poverty impact. Eventually it might be good to have a broader impact, some sort of measurement of how legislation affects income and wealth over the entire spectrum, including the wealthy.

MP: Can you give examples of the negative impact of some measures on the poor?

DS: That’s fairly easy. If you generically cut into food-stamp access or health-care benefits for the poor, for welfare families or the working poor, things like MinnesotaCare, it’s pretty easy to see where there’s an actual economic damage done to those families. Similarly, if you add investment to things like student loans or early childhood education and economic security safeguards, if you do more of that, it should be pretty easy to show a decline in percentage of people living in poverty, or at least people moving up in various classes of poverty. That includes the poor and the near-poor.

MP: What would it cost in terms of gathering such data?

DS: It costs quite a bit right now in staff time to estimate what’s called fiscal notes — quote unquote — that anti-government conservatives use all the time to argue against further investments or revenue increases. Maybe we could save money by getting rid of the money for fiscal notes. I don’t favor that. That is ridiculous. More information is always valuable. I think it was Oscar Wilde who worried about people who know the price of everything but the value of nothing. I think too often with things government does, we just look at the tax cost and the alleged harm that does and we don’t look enough at the value provided by public investment.

MP: Do you know if any legislators convening in the New Year will be introducing something like this?

DS: I don’t really know. I would suspect we wouldn’t have any trouble getting bi-partisan support for this.