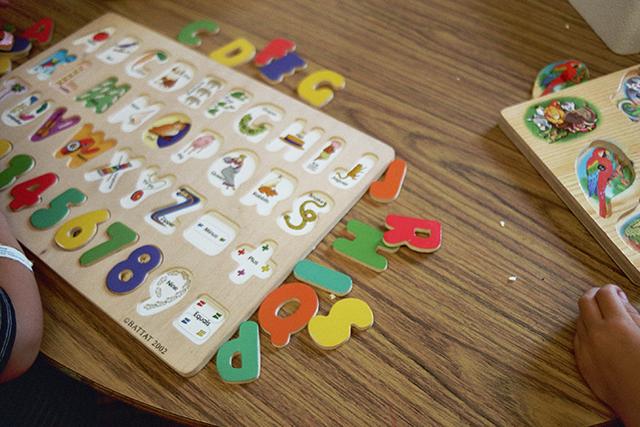 The importance of early childhood education has long been recognized, but the political will and financing to implement programs for all children in Minnesota is building slowly. (Photo credit: CC/Flickr/a.pasquier)

Buried in Gov. Mark Dayton $37.9 billion proposed budget is a creative idea to improve the lives of the state’s most educationally vulnerable children: state-funded scholarships for preschoolers from low-income families.

It’s an idea early on proposed by Art Rolnick, former research director at the Federal Reserve Bank of Minneapolis, pushed by advocates for the poor for years and that has shown to be successful in a limited pilot program.

Dayton on Tuesday asked legislators for $44 million over two years for the early-learning scholarships for preschoolers, a move that’s drawing praise from an education-reform group and advocates for the poor.

“This is farther than we’ve seen any governor in recent history go,’’ said Anita Patel, vice president racial justice and public policy at the YWCA of Minneapolis.

Ericca Maas, who heads Parent Aware for School Readiness, said she was happy to see Dayton’s budget included scholarships, which she described as a proven idea and pointed out that children are waiting. She stressed the need for high-quality programs “to make sure we get maximum return on taxpayer investment.”

Still, the numbers in the governor’s budget fall far below the need, say advocates, who want quality learning opportunities for all the state’s needy 3- and 4-year-old children.

The importance of early childhood education has long been recognized, but the political will and financing to implement programs for all children in Minnesota is building slowly.

“First we want to say how happy we are that the governor took this step and recognized the need for early childhood education,’’ said Frank Forsberg, chairman of the Executive Committee of MinneMinds, a statewide coalition of foundations, non-profits and businesses banded together to ask for a learning boost for preschoolers whose families are at or below 185 percent of the poverty line.

“Definitely a step in the right direction,’’ concluded Daniel Sellers, executive director of MinnCAN, an education reform group that is also a member of MinneMinds (pronounced minnie-minds).

But the experts agree the governor’s proposal doesn’t come close to meeting the needs of Minnesota’s low-income preschoolers – MinneMinds sought $185.2 million over the biennium – and some argue the state is missing an opportunity for big payoffs later.

They cite research that shows that for every $1 spent on high-quality preschool programs, $16 is saved down the line because youngsters enter school ready to learn rather than falling behind the learning curve. Advocates point to a Minnesota Early Learning Foundation report released in 2011 on the benefits high-quality preschool programs and emphasize that up to 90 percent of brain development occurs by age 5.

With proper preparation, they say, children are more likely to graduate from high school and college, acquire good jobs and become good citizens.

That’s why Sellers’ organization is standing by the coalition’s initial request. “By investing more now we can have even bigger returns,’’ Sellers said.

Support for the idea has been growing for years. In the early 2000s, representatives from business and nonprofit leaders formed the Minnesota Early Learning Foundation (MELF) to research how to cost-effectively prepare children for kindergarten, relying in part on the work and recommendations of Rolnick and Rob Grunewald in a Federal Reserve Bank of Minneapolis report, which supported early learning scholarships. Learning advocates called for development of an educational rating system as well.

In 2011, MELF and a bipartisan group legislators backed legislation incorporating scholarships and standards. The Legislature appropriated some funding, but it was the Dayton administration that implemented a standards rating system.

But like every budget, there’s competition for a piece of the pie. Dayton has proposed for the 2014-2015 budget $40 million for optional all-day kindergarten, $20 million for increased access to quality child care as well as the $44 million for early learning scholarships.

“This is a debate between three good options,” Sellers said. All three are important investments, he said, but MinnCAN argues that early action and tying resources to accountability is most critical and that more money should go to preschool scholarships as advocated by MinneMinds.

Under the group’s proposal, which would receive funding in the Dayton budget, parents apply based on income and select the child-care or early-education provider they want for their child. But they must choose from certain “quality’’ learning programs.

That means only early education programs, childcare providers and preschools receiving certification from Parent Aware, a kind of early education seal of approval system and a program in the state Office of Early Learning. Programs are rated along high standards: stimulating learning environments, age-appropriate curriculums, teacher training and parent communication.

Under a pilot program, Toniesha Thompson was given a scholarship to pay for her daughter Talaysia’s childcare at New Horizon Academy in Minneapolis, a center with Parent Aware credentials.

The first two weeks the child was there, the then-3-year-old learned her numbers and letters and started singing nursery rhymes, mom says. When the family lived in Texas, she and her baby sister had spent their days with grandma and adults. Now they spend their days interacting with other children, playing games and learning and have become very outgoing.

“Thanks to the scholarship, I’ve been able to keep up with rent, pay bills and put some money aside,’’ said Thompson, formerly homeless in Minneapolis, but now in transitional housing as she gets on her feet. She works as a cook at her children’s childcare center and is studying to become a nurse.

Thompson’s other child, Natalia, 2, is also at the center and she hopes there is funding to pay her tuition as well.