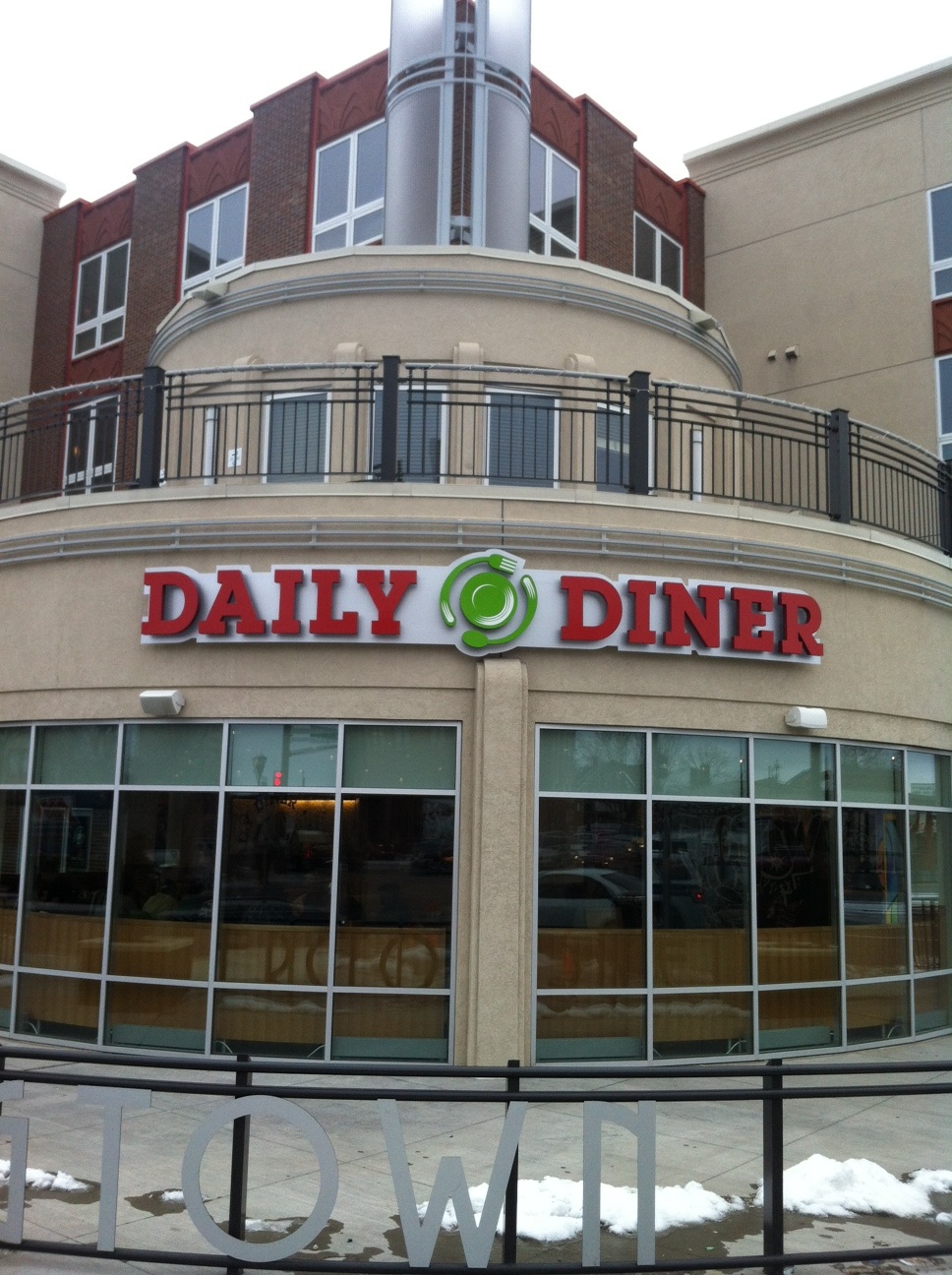 I just had a great meal at the brand new Daily Diner in Frogtown. But before I go much further, a couple of acknowledgements are needed.

First off, there is Frogtown Square, which is where the Daily Diner occupies the corner ground-floor space on University and Dale. It took over a decade to come to fruition, and like many of these things, it took a partnership between several community-based organizations. It’s four stories with the ground-floor commercial space owned and managed by the Neighborhood Development Center (NDC), and the above ground residential is all permanent affordable senior housing. For those that don’t know NDC, they are based on University Avenue and do extraordinary work helping small business owners and entrepreneurs in low-income neighborhoods in both St. Paul and Minneapolis.

Second, the Daily Diner is more than just tasty food. It’s an outreach of the Union Gospel Mission with the goal of providing real-world vocational training for their clients many of whom have been homeless and/or have struggled with addiction. This is similar to other like-minded and successful social ventures around the country such as Delancey Street in San Francisco and DC Central Kitchen in Washington, DC.

Now to the good stuff.

I love diners, but if we’re all being honest, many of them suck and it’s just nostalgia that keeps us coming back. The Daily Diner has hit a great middle ground with a comfortable, non-pretentious space, affordable prices, and a commitment to a thoughtful, healthy, menu with a bias towards scratch cooking. 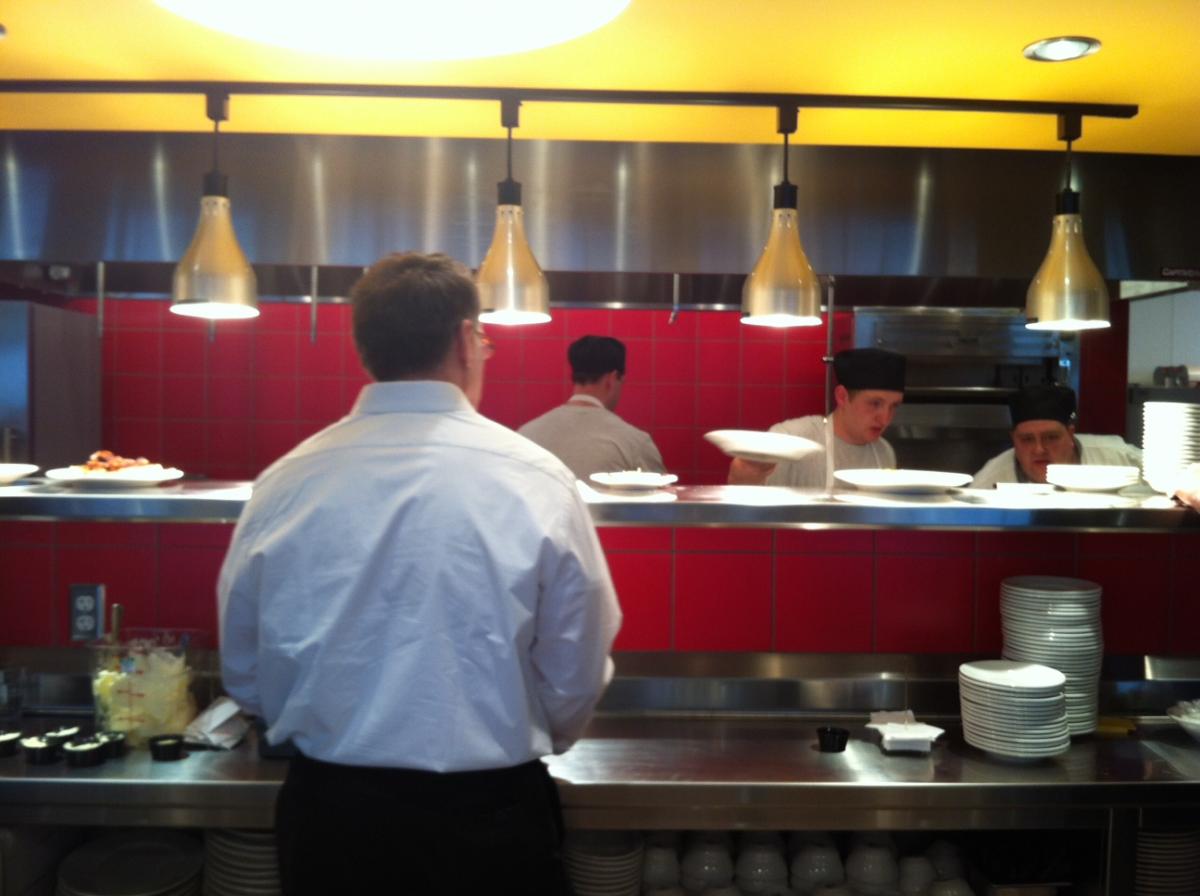 I grabbed a seat at the counter. The place has great natural light, and it seemed quite sunny inside even as the April winter maliciously dragged on outside. Having a seat at the counter is a good way to see some of the options. The pancakes looked especially perfect. Biscuits and gravy and corned beef hash seemed to be the most popular item on the menu, and I may have to get those next time though I fear they would put me into a long, dark slumber. I didn’t see it, but the steel-cut granola sounds awesome.

I went with the huevos rancheros, which is dangerous because – no offense to the Midwest – but this is not a region of the country that excels at the Mexican breakfast (think soggy tortillas chips smothered in a soup of sour cream and cheese). These folks did it right. It was a well-balanced mix of nicely, seasoned beans and eggs on a crispy tortilla shell. It was filling, but not in a greasy, gut-bomb kind of way.

I also want to note the delicious coffee. As I’ve gotten older and bougier, I do like a good, strong cup of coffee and this is not the strong suit of diners generally. This was a perfect mix of great coffee, but continued the lovely diner tradition of free (and constant) refills.

Finally, it was the morning of the opening day and there was not a hint of craziness and hecticness. It was filling up but the service was prompt and pleasant, and from my vantage point, there were no rookie mistakes.

I look forward to coming back many times for their lunch and dinners! 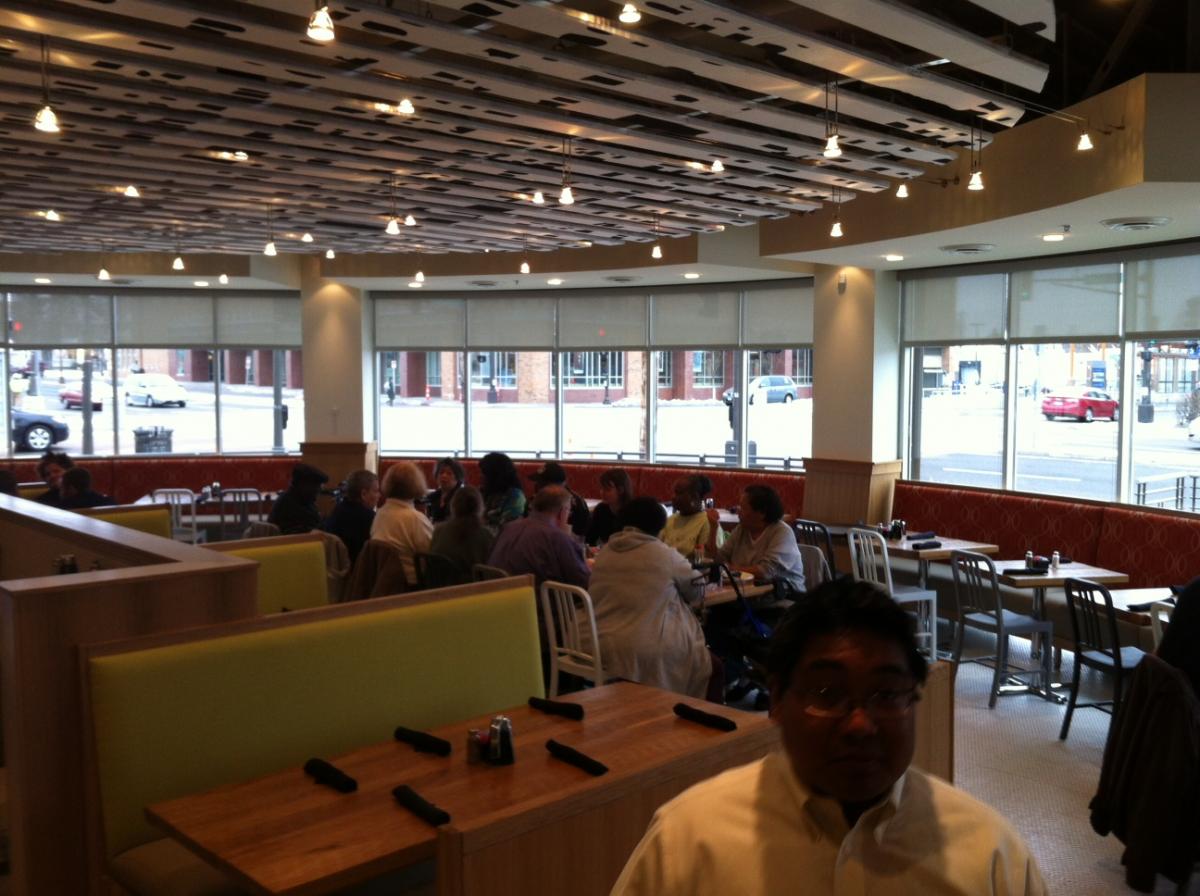