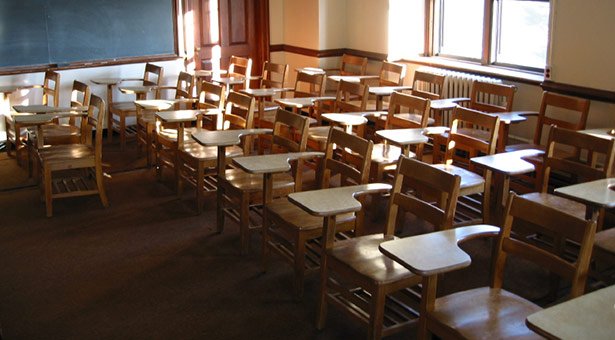 Minnesota has consistently ranked among the relatively low in terms of pupil-teacher ratios in recent years. However, the pattern shown on the map below reveals that even adjacent school districts can have dramatically different average student-teacher ratios. Thus, it is clear that there is no single cause for the variation in ratios across the state; race, income, and basic population density all come into play. 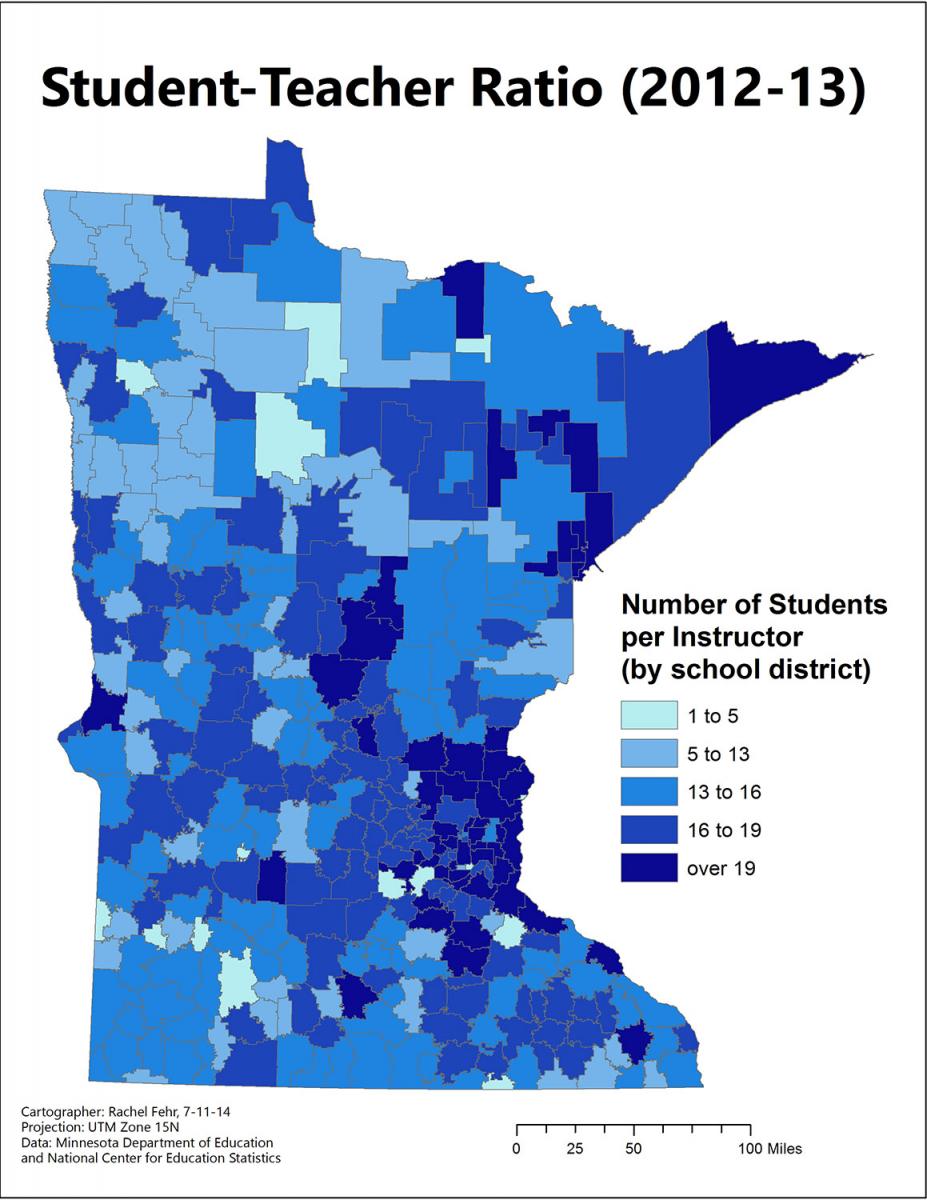 Conventional knowledge holds that a lower student-teacher ratio ensures more individual attention and better academic performance. Student-teacher ratios are often a major factor for parents when comparing schools, or making the choice between public and private education for their children.

Although most parents would prefer that their child be placed in a school with a low student-teacher ratio, not all families can afford to act on this preference. Many low-income and minority parents do not have the means to travel farther or pay for private schools, leaving already disadvantaged students packed into overcrowded classrooms. This disparity is evident in the fact that suburban districts such as Central and Eastern Carver County have among the lowest ratios in the state while inner-city districts lie at the other end of the scale.

In general, Minnesota’s student-teacher ratios will continue to grow until recent trends in educational funding are reversed. Budget cuts have limited new hires and made teacher layoffs a necessity in many school districts, and schools are suffering as a result. High student-teacher ratios are a symptom of a much larger problem, and the only solution is meaningful investment in the future of Minnesota’s educational system.