As I mentioned last week, I stepped outside my comfort zone last week by attending a Happy Hour discussion focused on the Minnesota Marriage Amendment, sponsored by the Young Republicans of Minnesota, and held at Shamrock’s Grill and Pub in St. Paul.

Being neither young nor Republican, I spent a good 20 minutes that morning worrying what to wear. I thought better than my corduroy sportcoat, since only liberals wear corduroy jackets. My wife suggested a power tie, but then I couldn’t remember what color they are, and, anyway, my Smiley Tie was the closest thing I have to one . 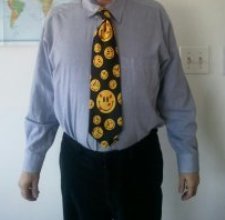 I ended up going regular, which for me means looking like I buy clothes at a gas station, except I was sure to at least pick up my fly. 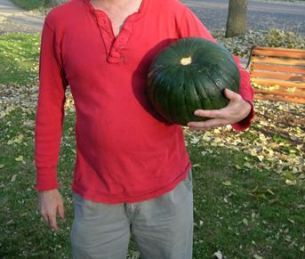 Lo and behold, good Minnesotans of all manner of dress styles were there, including more than a few young and not so young Democrats, independents, and, of course, Republicans.

Among the speakers was Dale Carpenter, a law school professor from the University of Minnesota, and from what he told me, a youngish Republican.

In his remarks, Professor Carpenter called this amendment “unprecedented in our tradition as a state.” He said no one has ever brought out the “heavy artillery” of the constitution in matters regarding family law.

Professor Carpenter laid out what he said were three relevant questions conservatives should consider when changing the constitution:

Professor Carpenter addressed each question one by one.

1. Is there a problem that needs to be addressed?

Those of us who support same-sex marriage are hardly comforted by that reality, but at least future legislatures and governors can change state statutes.

2. If so, is a constitutional amendment the only way?

In matters of public policy,  Professor Carpenter said, “We trust the legislative process. We don’t change the constitution.”

In any case, he said, judges are not about to circumvent existing laws against gay marriage.

3. If so, are we dealing with it in the narrowest possible way?

Traditional conservatives, Professor Carpenter said, have rejected introducing the “constitutional cement” of an amendment. “It’s not the conservative approach,” he said, “especially one of this breadth.”

Poorly dressed Old Democrats like me opposing this amendment? What. Ever.

In this case, I’ll buy the credibility of a Republican constitutional scholar.