One in five female service members reports experiencing unwanted sexual contact while serving in the military. According to the Department of Defense Annual Report on Sexual Assault in the Military for fiscal year 2012, unwanted sexual contact increased by nearly a third. An estimated 26,000 military personnel, most of them women, experienced sexual assault by colleagues. Of those estimated 26,000 incidents, only 3,300 were reported, and fewer than 200 went to trial. The conviction rate for these crimes is below 1 percent. Of the victims who did report, 62 percent said they received retaliation, 43 percent said they thought they would not be believed, 28 percent thought reporting would adversely affect their chances for promotion, and 23 perent were afraid of being assaulted again. 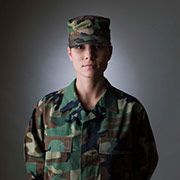 The House of Representatives passed the defense appropriations bill on Friday, June 14. Subtitle D of Title V is called Military Justice, Including Sexual Assault Prevention and Response. On its face, this Subtitle offers some solutions. For example, it took away the discretion of a commanding officer to change a finding of guilty to a finding of not-guilty. It also established a panel to study the role of commanding officers in general courts martial. However, the bill still allows commanding officers to retain authority over deciding whether to prosecute sexual assault charges. And this is the biggest issue presently outstanding—and not resolved.

Congresswoman Tammy Duckworth (D. Ill.) proposed an amendment to the bill giving sexual assault victims the ability to request a referral for prosecution to the Office of Chief Prosecutor for the service branch in which the accused is a member. This would take control over the prosecution out of the hands of the commanding officer. The House rejected this amendment 194-225, with all but two Republicans (including Kline and Paulsen; Bachmann was absent) voting no.

The Senate Armed Services Committee voted to reject a similar proposal. “The voices of the victims of sexual assault have been drowned out by the military leaders who have failed to combat this crisis,” Senator Kirsten Gillibrand of New York, leader of the effort to restrict commanders’ authority, said in a statement after the vote. The Committee voted instead to require high-level review whenever a commander decides against pursuing prosecution of a sex-assault allegation.

Keeping prosecutorial authority within the chain of command, even at a higher level, offers no independent review of sexual assault allegations. Since higher level authorities still control promotions and other important decisions, referral to a higher level offers no solution. This is an issue that should not remain under the control of, predominantly, men at higher levels of authority in the military. It is the independent judgment of a prosecutor not responsible for any aspect of the victim’s—or the accused’s—military service that it required.