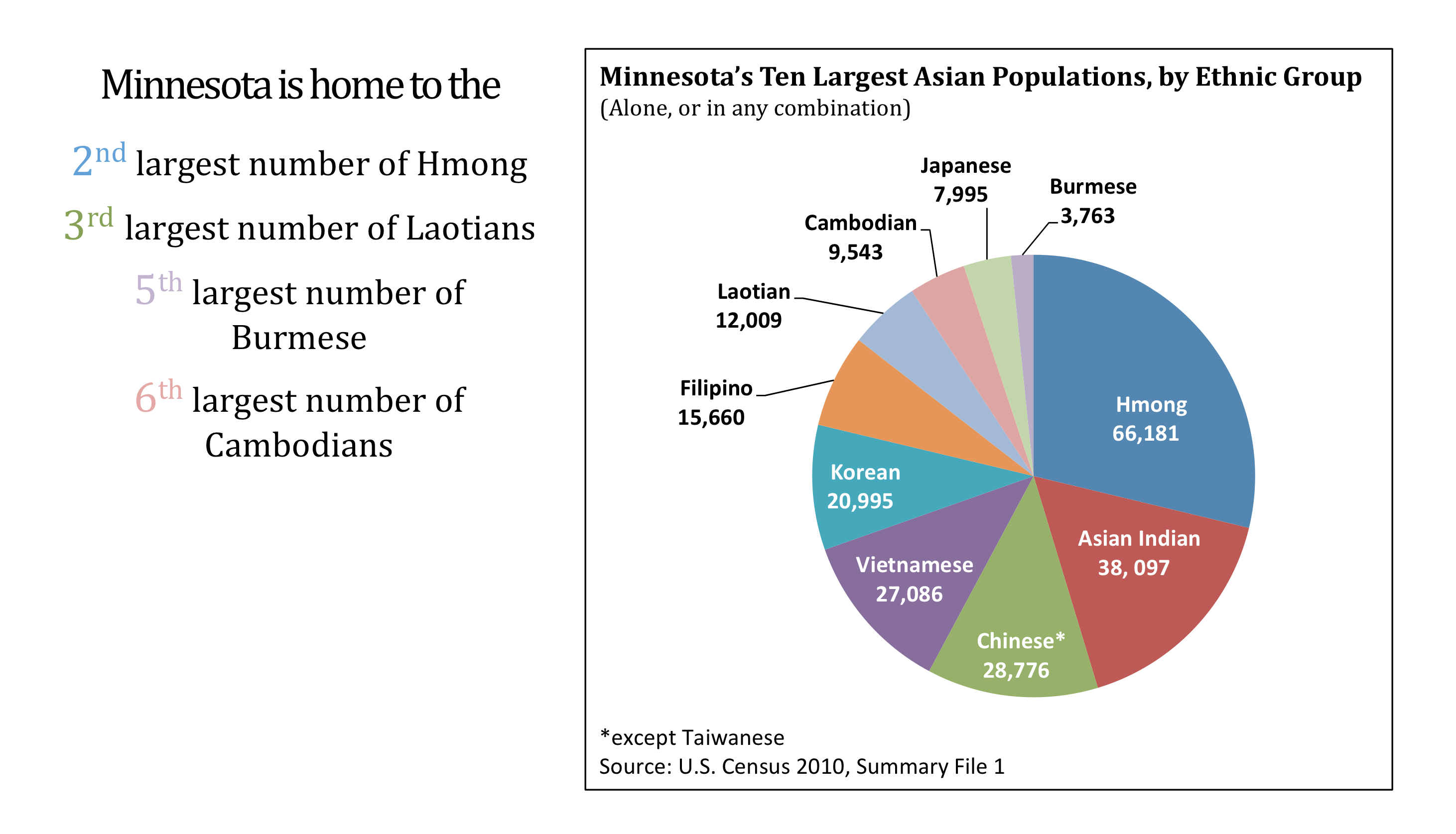 Minnesota is home to over 40 different Asian Pacific Minnesotan immigrant and refugee communities. Each community has its own strengths and challenges that may be unique to that ethnic community. The following is an overview of how the Vietnamese American community is faring in Minnesota.

The Vietnamese were among the first Asian refugees to arrive in Minnesota after the “fall of Saigon” in 1975 and was considered one of the fastest growing AAPI ethnic groups in the state. [ii] In fact it was the 2nd largest AAPI ethnic community in 2000. Although the community grew at a rate of 31.7 percent in the last decade, it is now the fourth largest AAPI community in Minnesota.i Similar to the Chinese and Taiwanese community, Vietnamese Americans traditionally opened their own businesses and have helped Minnesota’s economy prosper in the past three decades. The median income of a Vietnamese household in Minnesota is $60,767.i APA ComMNet REACH CORE project staff and volunteers met with Vietnamese American community members and leaders throughout the Twin Cities to understand the community’s strengths, challenges and other social and environmental factors affecting its overall health and wellbeing. While qualitative results show that the Vietnamese American community faces numerous challenges that negatively affect their wellbeing, many in the community stated that they had excellent or very good general health. In fact, more than any other AAPI ethnic group, the Vietnamese American respondents perceived their general health as excellent See Figure 4. APA ComMNet survey results also show that the Vietnamese American community regularly visit with their physician, do regular physical activity such as walking or gardening and are physically healthy with 76.1 percent of the population within the normal Body Mass Index (BMI) range for Asian Americans (Figure 3).

Vietnamese American community members interviewed for this study pointed to their traditional diet of fresh vegetables, fruits and small amounts of meat as the reason for their good health.

Similar to other AAPI communities, the Vietnamese community identified the lack of culturally and linguistically appropriate resources and services for their limited English-speaking members, access to affordable health care and lack of transportation as negatively influencing their quality of life. Guests during the Vietnamese radio show outlined key issues they felt were important in their community:

“Point 1: Many immigrants and seniors have low educational level in addition to the language barrier they face when trying to communicate with doctors and health care providers.

Point 2: The lack of transportation prevents Vietnamese seniors from accessing their health care provider even if they have health coverage.

Point 3: Those who do have health insurance may not be using it because they view health care as necessary when they are sick.”

Compared to other AAPI ethnic groups, the Vietnamese American community was found to use tobacco relatively heavily with a little over 10 percent of the respondents saying that they smoke some days but not everyday. While the community health survey produced different results, anecdotal evidence suggests that the Vietnamese community has high smoking rates, especially among the younger population. In addition, the community also has a higher prevalence of hypertension at 26 percent. Suggestions from community members for improving conditions to improve Vietnamese Americans’ quality of life includes free or low-cost clinics and health insurance, increased interpretation services, and the development of health education materials, such as flyers, brochures and media products, in the Vietnamese languages.