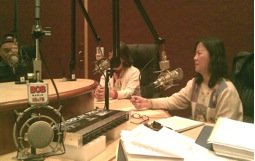 Minnesota is home to over 40 different Asian Pacific Minnesotan immigrant and refugee communities. Each community has its own strengths and challenges that may be unique to that ethnic community. The following is an overview of how Chinese and Taiwanese community is faring in Minnesota.

The Chinese Americans are among the earliest AAPIs who settled in Minnesota. Arriving alongside other pioneers, mostly of European descent, Chinese immigrants built their businesses and grew their community in the state starting in the mid-18th century. In the last decade alone, the Chinese and Taiwanese population grew 54.5 percent in Minnesota – much of the growth stemming from the need for highly skilled workers and the rise of Chinese and Taiwanese students seeking educational opportunities in the state’s universities and colleges.ii Although the community is only the third largest AAPI ethnic group in Minnesota, Chinese Americans continue to be the largest AAPI group in the U.S. with an average age of 45 years old.i APA ComMNet REACH CORE project staff and volunteers met with Chinese and Taiwanese American community members and leaders throughout the Twin Cities to understand the community’s strengths, challenges and other social and environmental factors affecting its overall health and wellbeing. 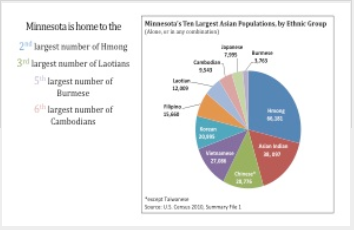 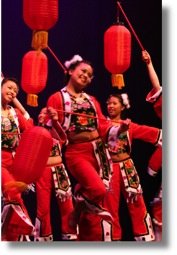 “Art and craft are a central part of Chinese culture and of the personal identity of many Chinese. Interview participants stated that they believed the enjoyment of art and crafts could be helpful for relieving depression, loneliness and hopelessness.”

In addition, APA ComMNet survey results show that although smoking rates in the Chinese and Taiwanese American community was found to be relatively low (figure 3). Chinese and Taiwanese community members who participated in this project stated that a high number of Chinese restaurant workers smoke cigarettes, with some stating that the smoking rate of this particular population is up to 75 percent.

Host Peiju: Chinese ancient idea about “Take care all the elders like take care our own parents”, share the great love to improve our community’s health.

Guest Shi: lack of information, do not know where to start.

Guest Li: Most of my time in CSSC is volunteering. We need to reach out to our neighbors and to our seniors. They need activities and the opportunity to get together. 2-3 days a week will be appropriate.