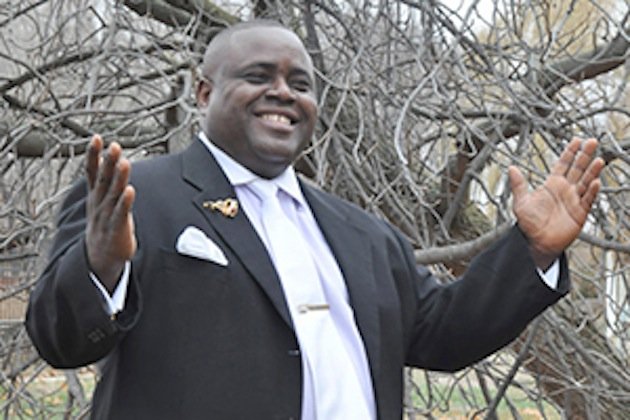 Seven clergy members will bring a message of hope and strength today to the north Minneapolis neighborhood where one man’s kindness led to his death almost two weeks ago.

At least one of them can also tell his personal story of being a victim of violence and torture and how he overcame the experience.

On Jan. 31 Thomas Sonnenberg, 69, opened his door to a young man pleading for protection from people he claimed were trying to kill him. In return for his hospitality, Sonnenberg was shot and killed and his wife viciously attacked by the refuge-seeker, according to legal documents. Police have apprehended a suspect, Devon D. Parker.

Now clergy members are hoping to ease the fears by meeting with neighbors living in a 10-block radius of the Sonnenbergs’ home on the 3700 block of Aldrich Ave. N. and show their support. The group will be going door-to-door to pray and talk about halting violence in the community.

Of Sonnenberg, who was white, Smith said, “He didn’t see color, he saw a man at his door needing help and he opened his door.’’

Clergy members will pass out flyers exhorting residents to “claim the neighborhood back from fear and mistrust” and to “say no to gun violence.’’

Also part of the group will be the Rev. Linus Nyambu, who was born in Kenya and is associate pastor at Spiritual Church of God. “We are saying we are here for you,” he said. “We are saying this is a very isolated, very bad thing that happened, but as a community we don’t want to give the upper hand to the criminal element.’’

Smith tells his own, compelling story of overcoming the effects of violence. He grew up in Liberia, the son of a police chief, and felt safe until he was 12 and a coup d’etat in his homeland led to violence and torture against many. He said he saw acts no one should see, including the murder of a pregnant woman. He was also tortured, his little toe was cut off his foot with a dull knife.

Smith (above) came to the United States, where he married and had two children. Then the emotional weight of his past caught up with him. He lived homeless for seven years, became an alcoholic and a drug user. He was committed for mental-health treatment.

Smith says some of that time was spent hanging out in the same north Minneapolis community where he will go door-to-door. Back in those hopeless days, he bought drugs and lived a “useless life” until God turned his life around, he said.

Now Smith ministers to the homeless, the hurting and those caught up in crime and violence. Membership at his church waxes and wanes, but is now about 50. Many members live in north Minneapolis.

Smith calls Sonnenberg “a Good Samaritan’’ and says he was saddened he was the only black person at his funeral last weekend, thinking, “Oh my God, this is a man who gave his life to protect a black person” and still there was no recognizable representation of the black community. He said gave Sonnenberg’s wife his “sincere condolences.’’

Smith invites other clergy members to join the outreach effort. The group will convene at 3 p.m. today, Feb. 13, at McKinley Community, 3300 Lyndale Ave. N. in Minneapolis.