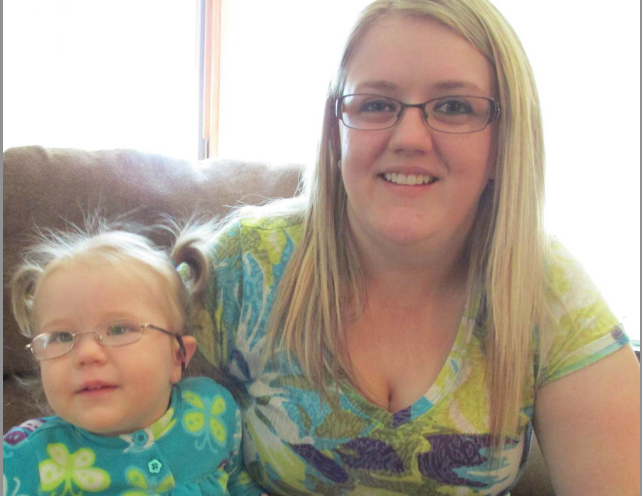 Deb Avenido’s 15-year-old client faced big problems. “She was homeless with her mom and her brother through her whole pregnancy. They would stay at a family shelter for a month – that’s as long as they could stay there. Then they’d go to a motel or to a friend, and then back to the shelter.”

Nurse Deb Avenido works with first-time moms through the Nurse Family Partnership (NFP). She told me the 15-year-old’s story in a phone interview. The young, pregnant woman was referred to NFP by a nurse who was visiting one of the friends that the teen temporarily lived with.

Stories like this are part of the everyday reality of the Nurse Family Partnership, founded in semi-rural Elmira, New York in 1977 and now operating in 40 states. Avenido signed on when the program came to Ramsey County about five and a half years ago.

In the Nurse Family Partnership, clients sign on before the 28th week of their first pregnancy. Throughout the pregnancy and during the first two years of the baby’s life, the nurse visits the family at least monthly.

“I was really excited when I heard we were going to do Nurse Family Partnership,” Avenido told me. “Getting involved in a first pregnancy can have a greater impact because they haven’t had a baby yet and they’re maybe more open to learning. A big aspect of the program, too, is that the relationship between the nurse and client is very important.”

The NFP mission is to “empower first-time mothers living in poverty to successfully change their lives and the lives of their children through evidence-based nurse home visiting.” Longitudinal studies conducted since 1977 show the program has a big impact on reducing child abuse and neglect, on school readiness and academic success for the children, and on maternal health and delaying subsequent pregnancies. From a recent New York Times description of the program:

“Follow-up studies would reveal that, by age 19, the youths whose mothers received visits from nurses two decades earlier, were 58 percent less likely to have been convicted of a crime. In the 1980s and 1990s, Olds spread the work to Memphis and Denver and subjected the program to more randomized study with populations of urban blacks and Hispanics. The results continued to be impressive. In 1996, NFP began wider replication; the model is now being implemented by health and social service providers in 40 states.”

Minnesota’s NFP website shows some impressive stats for the state:

The median age for Minnesota participants is 19. Most are unmarried, most are white, and most are Medicaid recipients. To be eligible, they must be first-time moms, applying for the program before the 28th week of pregnancy, and below poverty guidelines.

Minnesota’s Nurse Family Partnership started in 2001 in St. Louis, Clay and Wilkin counties. Since then, it has spread across the state. According to Fran Benton, from the national Nurse Family Partnership office, NFP’s 70+ nurse visitors currently serve more than 1,000 families across 40 counties and two tribal entities in Minnesota. Benton says that is about four percent of eligible mothers and babies.

Avenido said that a significant number of moms do not complete the two-year-plus term of the program, which is unsurprising in an at-risk and highly mobile population. But, she said, “Even if we don’t complete, if we are able to help them have a healthy full term baby and bond and attach with the child, that alone is huge.”

The challenge for both the young mothers and the nurses is also huge. “With so many of our moms,” said Avenido, “they don’t even see other options besides becoming a mom. They haven’t had life experiences of people around them completing high school or getting a regular job, so we kind of shine the light on ‘This is possible for you’ and hold that out there for them and help them see it can be a reachable goal.”

And what happened to the 15-year-old mom?

“I got her prenatal care and she enrolled in an alternative high school,” Avenido said. “She ended up having a full-term healthy daughter. She ended up breast-feeding which is another goal, until her daughter was 10 months old.” The teenager finished high school. She got childcare and a job. While Avenido described her as having “so much resilience even under the stress of being homeless,” the Nurse Family Partnership clearly played a big part in bringing a happier ending to this story.

Photo: Sam was 24 when she enrolled in the Nurse-Family Project. She and Izobel will graduate in December 2014. Read her success story at http://www.nursefamilypartnership.org/first-time-moms/stories-from-moms/Sam-s-story