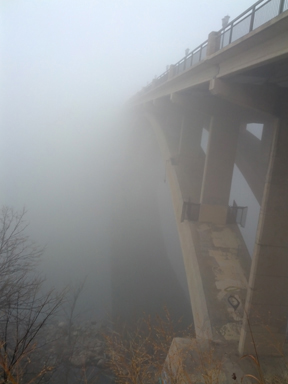 December 21, 2012 – the day the Mayan calendar tells us the apocalypse will happen. The 5,125 year cycle stipulates the whole world as we know it will be destroyed by a fiery explosion. Well—not quite the whole world.

In the last several years, the Journal of American Rocket Science (JARS) has been building a vast rocket system to lift these cities off the earth and land them on a planet in a solar system far away. Most of the engineering and structural details are complete. The designated planet has an air and water supply, and Journal of American Rocket Science experts have located a slightly curving river that simulates the yin-yang of the river of our common boundary and the imponderable meta culture of both cities.

However—should both cities continue to be semi-connected physically when the cultural differences are so—well—peculiar? Would residents of each city want to continue this dubious pairing, or should both cities settle in place on the new planet a few time zones apart? It has been said more than once by Minneapolitans that “If Saint Paul fell off the face of the earth” they wouldn’t notice it. And many Saint Paul citizens like to claim their city has a history, while Minneapolis acts as if it can never get new enough.

But there are benefits to maintaining this closeness. Some Saint Paulites call Minneapolis a party town; they can get totally drunk in that place, wade out of the debris they caused, and go back across the river to their cozy homes. And some Minneapolis people joke it’s a challenge for them to get lost in Saint Paul and see how many silly named streets it takes to get them back to Minneapolis.

In the meantime, (JARS) scientists are re-checking important details, such as keeping the height of the State Capitol dome respectful to the Cathedral of Saint Paul. Bridge structures will reconnect both cities once they are set in place. One building that won’t be relocated—the now-irrelevant Archbishops’ residence will have no value in this great beyond. Another critically important item on the do list: put back up that paper sign that fell off the cashier’s window of the Victory Ramp on Wabasha Street indicating how Minneapolis-bound motorists can get back onto I-94 West.