Dave Ellis aims to start a serious conversation among African-American men and boys that he says will jump-start social change. 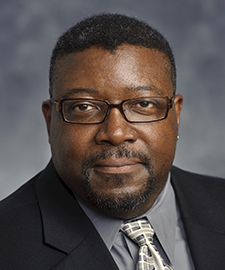 He is one of 10 persons from around the region recently named Bush Fellows by the Bush Foundation and awarded funds to implement or expand programs to change and strengthen their communities. Others will be named in July and September.

Ellis, whose history includes 23 years working in the Minnesota correctional system in jobs from prison guard to director, wants to engage African-American men in what he calls blameless conversations of “how their behavior is impacting how their children grow up.’’ He now has established Dave Ellis Consulting.

“What I’m trying to do is create a way of presenting information to men in a conversational rather than confrontational way,’’ Ellis says. He has asked for $80,000 to fund his project over two years.

“We’re not crazy; there’s nothing wrong with us,’’ says Ellis, an African-American whose grandfather was a slave. It’s that, he says, black men have lived through historic trauma, including slavery as well as generational trauma.

“These things are embedded in us in ways we don’t even recognize,’’ Ellis says.

He plans to use academic research from the Adverse Childhood Experiences Study to demonstrate how factors such as child abuse, emotional neglect, domestic violence, drug use and a parents’ incarceration can affect the brain development of a young child starting before birth. Such experiences impact a child’s emotional and physical well-being and his learning, Ellis says.

He says the discussions will open the men’s eyes to the importance of acting as role models for their children and being responsible providers, fathers and partners.

The knowledge about child development will make the men more accepting of their personal histories and upbringing and lead them to change their lives, he says. Long range, that will mean higher graduation rates, less incarceration and fewer young males in special education programs in the schools, he says.

“If you want a different outcome, you want to do something differently,’’ he says.

Following are the other nine persons receiving the first of the Bush fellowships this year. The foundation has named more than 2,200 fellows since starting the program in 1965.

At top: Dave Ellis (Photo provided by the Bush Foundation)