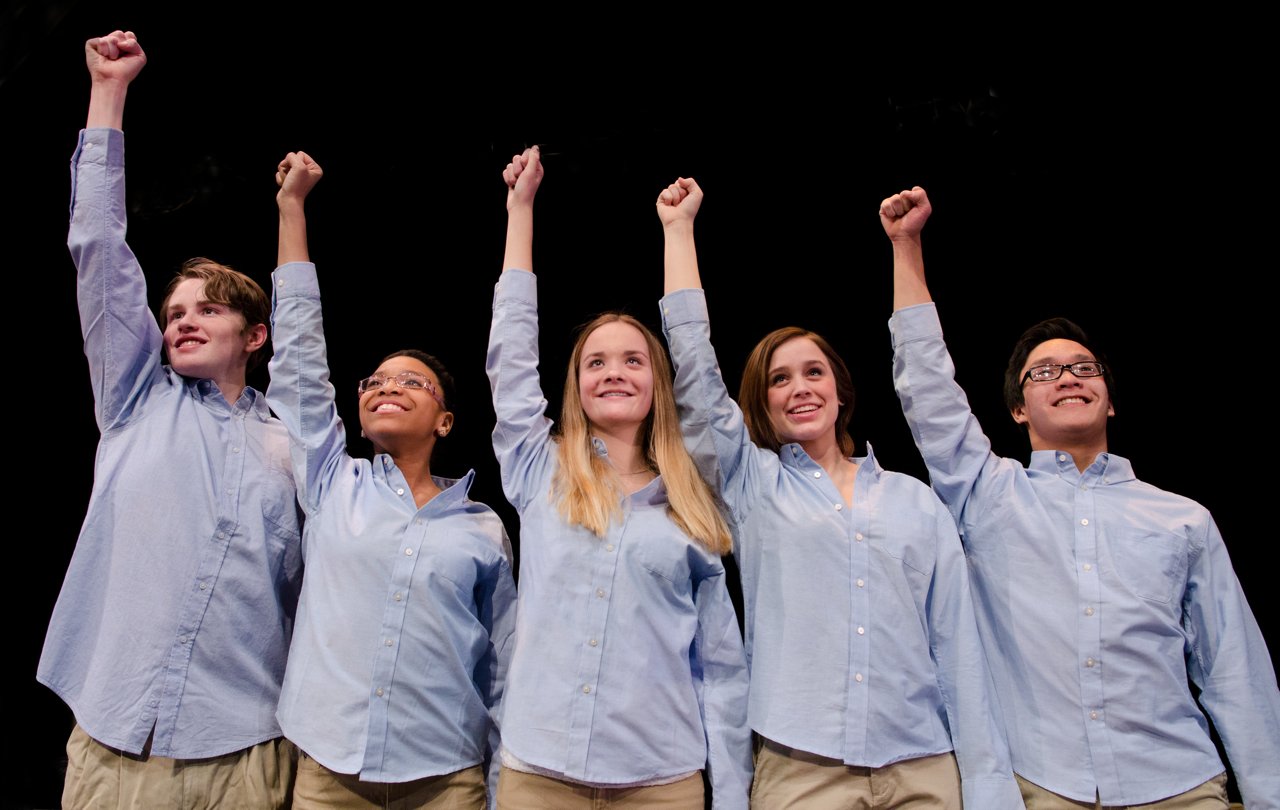 The Friday, March 7 world premiere of SteppingStone Theatre’s original play, “Bully”, marks the culmination of an in-depth investigation into bullying as told from the perspective of teenagers.

The play was written by six Twin Cities playwrights aged 15-19 as part of the Young Playwrights program at SteppingStone Theatre, and six other young playwrights from Action Transport Theatre in Ellesmere Port, England.

Together, the two teams and their respective mentors spent over a year taking on the issue of bullying through a series of writing workshops, improvisation and community conversations.

In the end, what emerged was a powerful and thought-provoking script, one that has been through many renditions.

Dane Stauffer, a Twin Cities based actor, musician and writer, served as playwright mentor for the American half of the project. “I’m really excited about this script,” said Stauffer, “We worked our butts off.” According to Stauffer, the team of writers didn’t want the play to sound “preachy.”

“We’re not getting up on stage and saying ‘Now, boys and girls be nice,’” Stauffer said. Instead, the script weaves together thoughts and experiences of youth whose voices are often omitted when the issue of bullying is addressed by adults. Unlike the standard public service announcement, the story created by the young playwrights is a fresh, eye-opening contribution to the current dialogue that surrounds bullying.

When the script was finished it was handed over to Richard Hitchler, artistic director at SteppingStone, whose vision it was to create the play and the Young Playwrights program. According to Hitchler, theater is a unique and powerful tool for opening up a discussion about this particular issue, better than anti-bullying films and uninspiring reading material.

Hitchler had the task of turning the playwright’s story into a dynamic, multimedia experience imbued with meaning around every corner. The actors’ costumes all look the same to invoke the idea that anyone could be a bully and anyone could be a victim, Hitchler said.

One of those actors is 16-year-old Emma Schlader, who attends a performing arts high school in the Twin Cities. Despite the strong presence of the teen perspective, Schlader thinks the play is for adults. “As students in high school we know what it’s like,” she said. “I don’t think adults know how bad it is now compared to when they were in high school.”

After watching the play, however, theater-goers should have a much better understanding.