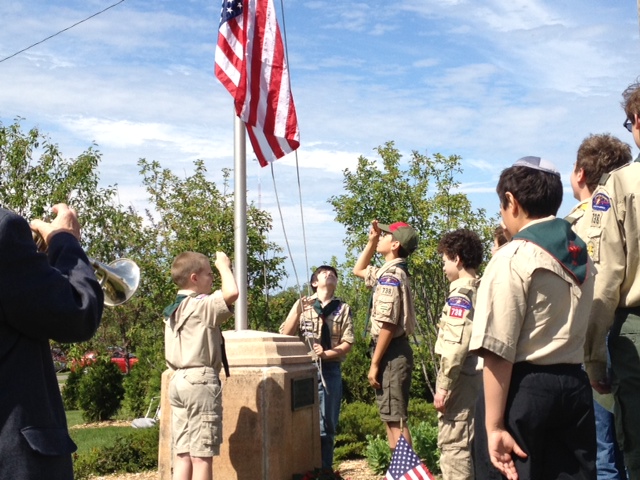 Some parents have questioned the Boy Scouts of America given recent news about a policy the national organization issued about LGBT participants, but the main question parent leaders of the Sabes JCC Scouts 738 are asking is to non-particpants: “Did you know our Boy Scout Troop and Cub Scout Pack is about inclusion?”

“Troop 738 is chartered (owned) by the Sabes JCC, and we have to abide by the rules and guidelines given to us by the JCC, first and foremost,” says JR Tapper, the Troop 738 Parent Committee Chair. “The JCC has given us the direction that we are to be inclusive to all who are interested in joining the troop.”

The Troop is part of The Northern Star Council, which has also taken a strong stand for inclusion and has publicly stated a policy for inclusion regardless of ethnicity, religion, gender, disability, age, and/or sexual orientation.

“The Troop’s policies on disabilities and LGBT has made it possible for my son, Max, who has autism, to participate,” said Tracy Reid, a law partner in Cooper & Reid LLC. She adds that 6-year-old Max has enjoyed getting out into nature and participating in the annual rockets blast, which will take place again Sunday September 9 at the Sabes JCC play field. (Any family is welcome to attend this 3 PM Fall kick-off event, as it is a chance to learn more about Scouting). 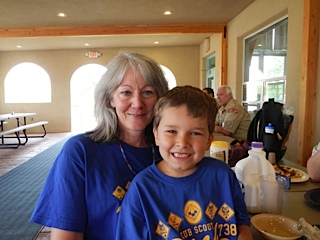 “If you happen to be LGBT or XYZ, a mom or dad, a child with a physical disability or not, we don’t exclude anyone,” says Kim Wear, who is the Interim Cub Master of the Sabes JCC Pack 738 as well as the den leader for the Tiger den, which her son, Gabriel, is in.

“We care about promoting good values and are accepting of everyone,” says Wear.

Even siblings can participate in many of the Cub Scouts activities alongside their brothers. And even moms are welcome as den leaders just as much as dads.

Jennifer Spiller, who is the den leader for 8-year-old and 9-year-old Bears, says she became involved in part because Scouting is instilled in her. She was a Brownie at the JCC and her grandmother was a Girl Scout leader. In addition to enjoying participating in the outdoor activities with the boys, she says this pack of Scouts is a good one to join for Jewish families seeking community as it is based at the JCC.

The Tapper family understands that very well, as they all have been involved in some capacity, including daughter Talia. In addition to dad JR’s role, mom Helene Tapper, is also very active in Scouts and attends many of the overnight camping trips with her scouting sons Ari and Natan.

“The leadership training has been amazing for my sons,” says Helene Tapper. “I participate because I see what it has done for my children but also because my friends are in it. I have made friends with people I might not have otherwise met.”

Spiller agrees that the Jewish bonding among families is an important aspect. She does not schedule activities on Shabbat for her pack, for example, and they are conscious of working around the schedules of kids attending Talmud Torah or the Heilicher Minneapolis Jewish Day School.

Despite the Jewish benefits, Spiller says Scouts still is very much a place where boys can go to bond with their dads or an adult male role model.

Scott Shmikler, who is chair of the local and regional Jewish Committee on Scouting, continues to be very active in Scouts even now that his son Richard has reached the highest level of Eagle Scout.

“Scouting built a bond between me and my son that never would have been there,” he says. “From participating in high adventures to giggling all night, or talking over a camp fire, Scouting gave us an opportunity to spend quality time together. In this busy age it is a time to build communication and friendship with your child without cell phones and TV.” 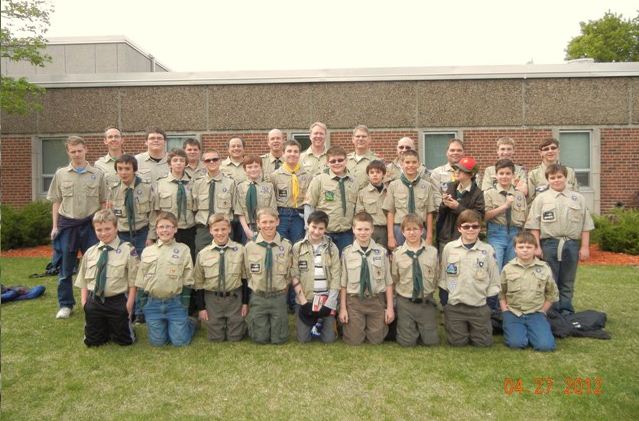 But Scouting is also about leadership, teaching kids to be successful and teaching them to give back to the community.

Whether it is the Sabes JCC Cub Scout Pack or its Boy Scout Troop 738, the boys have sung to and visited with seniors at Sholom Home in St. Louis Park, helped distribute gifts and care packages to recipients of the Hag Sameach program sponsored by the Jewish Family and Children’s Service of Minneapolis. They have also planted flags at graves of veterans at Adath Chesed Shel Emes Cemetery, and planted flowers at the JCC. This summer, as part of Noah Robiner’s Eagle Service Project, a group of Scouts also planted shrubs at Mount Zion Temple in St. Paul.

“Instead of telling kids that it is important to do a good deed or a mitzvah, they are actually experiencing it by doing,” says Wear.

But kids are also having fun. From rock climbing and archery at Base Camp by Fort Snelling, to sailing and hiking, or even building and racing their own pinewood derby cars or creating their own rockets to blast.

Interested families with children ages 5 to 18 are encouraged to attend the rocket blast. Anyone who joins the Sabes JCC Pack 738 before the end of September will get a free pinewood derby car that they can enter in the next race.

“This is a great opportunity for our sons,” says Helene. “We are making being a Cub Scout and a Boy Scout cool again.”