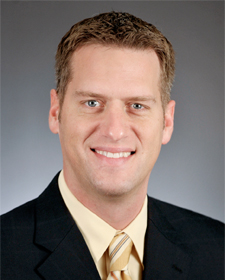 Advocates for the poor are relieved following passage by Minnesota lawmakers of legislation approving $18 million in funding for the state’s Health and Human Services program.

Most significantly, financial support for the Minnesota Family Investment Program (MFIP) to low-income families with children will not be cut.

The legislation, approved by the House and Senate Tuesday, arrived on the desk of Mark Dayton late afternoon Wednesday. He is expected to sign it into law.

Absent from the Omnibus Health and Human Services Finance bill, which passed with overwhelming bi-partisan support, are measures proposed earlier in the session that would have harmed children, advocates say.

Rep. Kurt Daudt, R-Crown, and some other legislators “really worked with us in getting those really nasty cuts taken out,” praised Katherine Wagoner, executive director of Affirmative Options Coalition, a statewide coalition of more than 50 organizations battling poverty.

Among earlier House bills were a number of measures dubbed Welfare Reform 2.0 which would have noticeably reduced MFIP benefits.

Says Rep. Jim Abeler, R-Anoka, and House sponsor of the omnibus bill’s passage: “We had $18.1 million to spend and spent it very carefully. We agreed with the governor on his priorities.’’ Abeler is chairman of the House Health and Human Services Finance Committee.

“It is as good as it could be with the level of spending,’’ says Sen. Tony Lourey, DFL-Kerrick, minority lead on the Senate Health and Human Services Committee.

In the Republican-controlled Legislature, the Senate approved the bill 64-0; the House it passed 128-2.

That consensus contrasts with earlier contentious committee hearings and bills that in early March prompted a stern memo from Dayton’s Human Services Commissioner, Lucinda Jesson. She denounced Republican legislators for “at least a dozen bills” that would have added new “regulatory burdens” for low-income families.

But the new legislation will also bring changes.

One measure, authored by Daudt, will allow qualifying low-income residents to use their electronic benefit transfer cards (EBT) cards only in Minnesota and surrounding states to pay for food and shelter. The bill would prohibit use of those cards in liquor stores, tobacco stores and tattoo parlors.

Rep. Kim Norton, DFL-Rochester, supports the legislation in part because it includes several provisions she worked hard on concerning incidence, therapy and foster care for persons with autism. But she remains disappointed with that EBT measure.

Another provision would require that adults convicted of a drug felony in the past 10 years have cash benefits paid directly to a landlord or utility company, rather than cut off benefits entirely, which opponents argued would have hurt children.

Jefferys applauds provisions that set up a work group to address the needs of very young homeless children, funding that gets information about postpartum depression into the hands of clients at Women, Infant and Children (WICV) nutrition clinics as well money for developmental screening of abused and neglected infants and toddlers.

The omnibus bill restores coverage for kidney dialysis and cancer treatment for poor immigrants and postpones 20 percent pay cuts for individuals working as personal-care assistants for their family members.

“We were thankful the cuts didn’t happen but the real reform is stronger safety net programs,” Wagoner says. “I just think there have been too many cuts to the programs hurting too many Minnesotans.’’