*  The coolest news so far this summer is the opening of the Weber Park Natural Swimming Pool in North Minneapolis [pictured above, center] is the first “natural swimming pool” in North America (!). Apparently these kinds of “natural pools,” that function more like a stream, are common in Europe. The Minnesota Spokesman-Recorder has all the details.

* Meanwhile just three miles South, the 17-year-old North Commons Water Park is still struggling to stay up and running. The wading pool is open, reports the Spokesman-Recorder, but some other pipes have burst.

* And La Prenza de Minnesota has a pic of a very temporary wading pool on a street in Uptown, from the downpour this week that flooded parts of Lake Street. 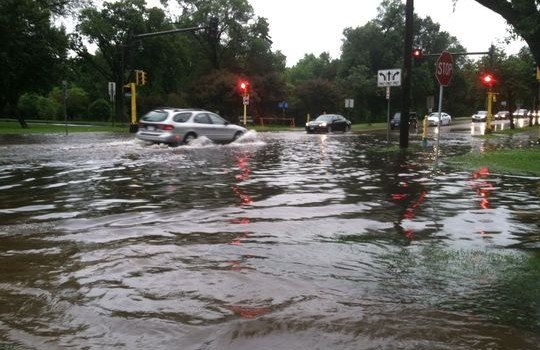 * There were three stories last week that focused laser-like on what kind of future we want in the T.C. The Uptake has a whole bunch of great video from an ACLU conference all about how to think about the connection between Ferguson and Minneapolis. (You’ll recall that earlier this year, Council President Barb Johnson suggested that comparing the two was “irresponsible.“)

Well, that didn’t stop a panel of experts. If you ask me, it’s much to discuss the impacts of racial inequity before tensions boil over, than to wait until afterward.  Check out the video and prepare to be schooled.

* Ahmed Warsame writes in The Southside Pride about watching young people in South Minneapolis’ Matthews Park, and how he feels young people of Somali descent are causing trouble there. He writes:

We all want to treat others the way we want to be treated, but now it’s like it’s gone. Like I said, the kids who started this trouble are of Somali descent, just like me, and their parents have to start doing something, or else like I said, their kids may not have a future. If the attitude and behavior of these kids continue into adulthood, then it could be the end of Minneapolis.

(Sidenote: I once almost got into a fight on the basketball courts there!)

* And Saint Paul’s Clarence Hightower writes in the Spokesman-Recorder about the recently concluded poverty tour led by Tavis Smiley and Cornel West, which has “led to a massive rift between several members of the African-American political class.” Interesting read from a very smart writer who thinks we need more tours like this one.

*And finally, in case you’re getting to self-critical, hip-hop activist Guante has a biting blog post up about how leftists and liberals need to grow thicker skin when it comes to dealing with criticism. He’s tired of hearing things like “we need to focus on our real enemies instead of criticizing each other,” and calls out lefties for not paying attention to social justice issues.

“Very rarely is the problem that progressives are too critical; much more often, we are not critical enough,” he says.

** Best of the Rest: street racing, Rondo, and conductors **

* Have you ever noticed the late night hot rods buzzing around on weekends?

There’s a fascinating piece in the Como Park-Bugle about trying to squash the street racing scene in the old industrial streets of Saint Paul. Shepard Road and University and Vandalia are hotspots, and the Saint Paul Police Department is trying to put a stop to the racing.

* Elsewhere in Saint Paul, the annual Rondo Days festival and parade had a special flavor this year as the city finally officially apologized for helping the state DOT bulldoze the neighborhood to construct I-94 over 50 years ago. Check out The Spokesman-Recorder’s coverage of the ceremony, and a bunch more pics from the summer highlight.

* Insight News reports on a new hire at the Minnesota Orchestra, Roderick Cox, who is set to become “one of the few African-American assistant conductors of a major symphony orchestra.”

Cox is only 27 years old, and hails from Georgia. The interview is a good read.

* There’s a nice blogpost from the summer interns at 360Journalism about how to deal with portraying difference in interviews.

Journalism can cover the facts, but it cannot always cover the emotion.

* And finally, The Circle reports on how a Minneapolis powwow raised $70,000 for fighting cancer back in May. 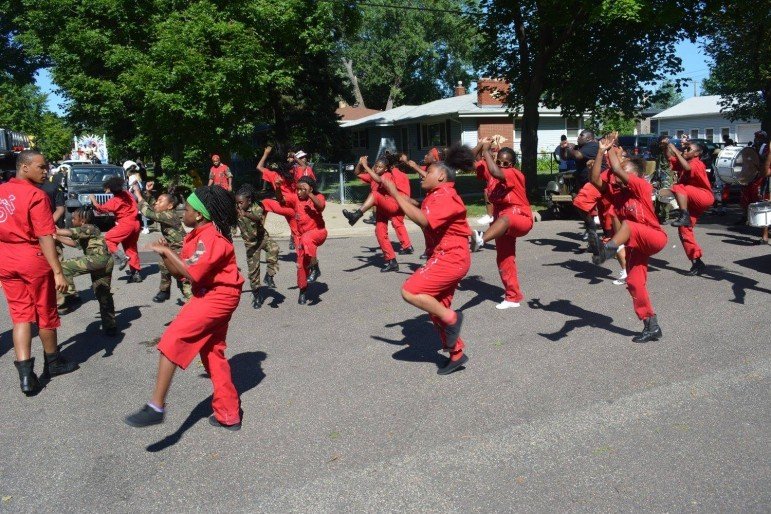