** Supreme Court decisions: one famous, the other less so **

** The Supreme Court’s ruling to make same-sex marriage legal in all 50 states (though some states, like Mississippi, are holding out until the last possible minute) was truly exciting and timed perfectly for Pride weekend.

But The colu.mn’s Andy Birkey isn’t about to let you forget about the ongoing attempts to shame GBLT voices. Need an example? Check out this “reparative therapy” billboard by Elk River.

[The billboard in question is just like the one pictured below.] 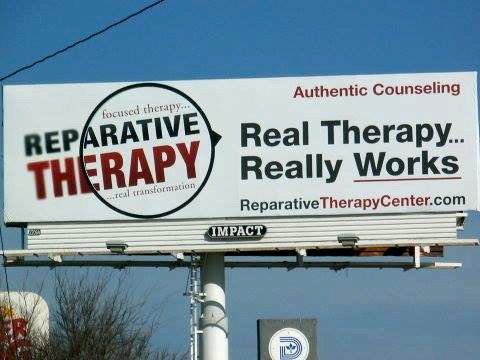 ** Some exciting new buildings and developments in North Minneapolis include the new location for the Hmong International Academy, a charter school that’s been struggling to find a stable home. 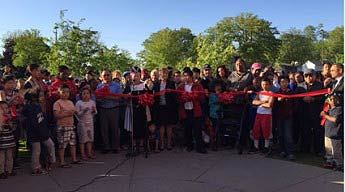 Hmong Times’ Amy Doeun reports on the groundbreaking for a new sign for the Jordan Park school
[pictured], which will be expanding curriculum to cover “Histories of African American, Native American Indians, Hispanic, and East Africans” as well as dual-language Hmong / English classes.

** Another groundbreaking? The West Broadway Crescent, a long-awaited 54-unit affordable housing complex across the street from the Capri Theater. Insight News reports on the event, and future plans for the building, which was built with the help of CommonBond Communities.

** Somewhat controversially, neighborhoods in and around Near North are to become Federal “Promise Zones.” Minneapolis Mayor Betsy Hodges and Congressman Keith Ellison pen an op-ed in Insight News about why that’s a good idea.  The program lasts for 10 years and aims to increase opportunity in areas that have long struggled with poverty.

** Meanwhile, the Spokesman-Recorder’s Clarence Hightower argues that the poverty rate is far higher than the official Federal number, and is probably closer to 45% than 4.5%. He uses the Tavis Smiley and Cornel West poverty tour as a chance to shed light on the disparity.

** Finally, for a smaller-scale effort to assuage the effects of extreme poverty in our backyard, read Alex Lodner’s wonderful story in The Park Bugle about Jerry Sedgewick and starting Prevail News, a newspaper for the homeless:

Sedgewick wants to do his part to reduce or eliminate the need for panhandling in the metro area. Prevail’s mission statement says it all: “To provide job opportunities for those left out of the mainstream, such as the homeless and those who have been incarcerated.” 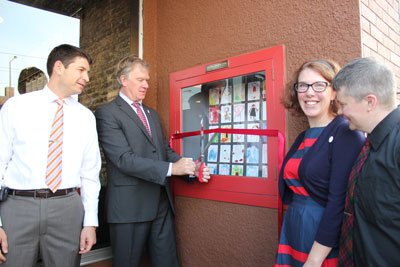 ** Saint Paul story #1: The “smallest museum” in the Twin Cities is probably this tiny alcove on University Avenue. The Park Bugle reports on its grand opening celebration.

The rest of the piece is just as fun to read!

** I love the Spokesman-Recorder’s “the only one” series, which brings a keen take on being the only African-American reporting on news in Minnesota. The latest column comes from experience doing sports reporting, and describes “the invisible treatment” that African-American media receive at the hands of the mainstream.

** Also in the Spokesman-Recorder, meet Black Girls Do Bike Twin Cities, part of the local Major Taylor Bicycle Club’s “Equity in Motion” event coming up in a few weeks.

North Minneapolis’s Dacia Dunham [pictured] is one of the founders:

Durham reflects, “I biked in college primarily for transportation since I didn’t have a car. Fast forward 13 years later, I signed up to bike the 500-mile, six-day AIDS Ride from Minneapolis to Chicago in memory of a friend who had passed away from the disease. I had long stopped biking and had never physically done anything remotely like it before.

** Finally, Brooklyn Park writer Fedwa Wazwaz’s columns for Engage Minnesota are beautifully written and introspective, all about articulating how Muslim faith intersects with contemporary politics. Her latest deals with Islamic values and notions of privacy, and is well worth your time.