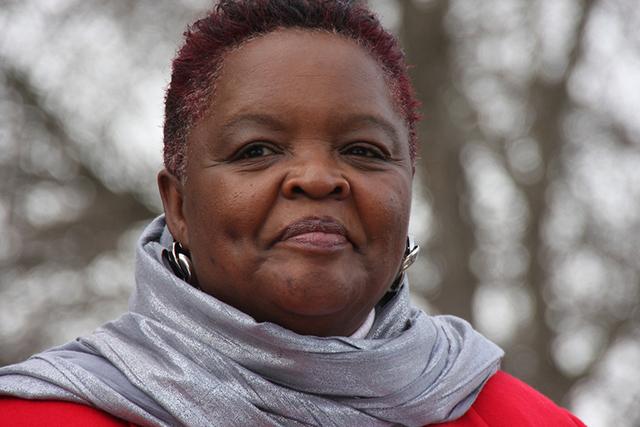 Mary Johnson broke down in tears the day she met face-to-face the man who was in prison for killing her son.

Still, the Minneapolis woman said she knew she had to forgive him.

Now Johnson, often alongside Oshea Israel, the man convicted of taking her only child’s life, preaches dozens of times a year in churches, prisons and schools a message of forgiveness, reconciliation and an end to violence.

At the foundation of her work is From Death to Life, a faith-based, grassroots group she founded in 2005 that helps area families ravaged by violence, and the Two Mothers, Two Sons program of “healing groups.”

To help her continue that mission the community is coming together to sponsor a benefit concert of African-American music, including spirituals, Feb.12, the 21st anniversary of her son’s death. Check out details below.

Years after her son, Laramiun Byrd, was killed, hate was destroying her life, Johnson said. She realized she had to forgive Israel, who was 16 when he shot and killed Byrd, 20, at an “after-hours” party.

She also had to acknowledge that her son had changed from the “smart, loving young man’’ who went to church and did well in school. He’d dropped out of school and started selling drugs. “He wasn’t living the life I had trained him up in,” she said.

Working with prison officials in a restorative justice program, in 2005 she met Israel, who was 28 at the time. In 2010 she hosted a welcome-home party for him and he moved in next door for three years.

Asked how he’s doing now, Johnson hesitated, and then said, “He’s a very intelligent young man. He’s not in trouble. He just needs a job.’’ Johnson has also fostered a relationship with Israel’s mother.

Johnson calls them “healing groups.” Currently about a dozen women take part in the support groups. “They’re just happy to go and be in a place with mothers who have experienced the same thing,’’ Johnson said.

From Death to Life also sponsors other activities, including an annual prayer walk, community gatherings to celebrate life and monthly anti-violence demonstrations outside a Broadway Avenue grocery store in north Minneapolis. Demonstrators sport signs such as, “Stop the Violence: Enough is Enough.’’

There were 37 homicides in Minneapolis last year.

Though those participating in From Death to Life programs tend to live in north Minneapolis, board member Havelin, who lives in St. Paul, has a point to make.

The concert, titled “Never Would Have Made It,’’ takes place at 7 p.m. Feb. 12 at New Salem Missionary Baptist Church, 2507 Bryant Ave. N. in Minneapolis. Featured singers include the Rev. Jerry McAfee, pastor at the church, and recording artist Bernice Gregory. Free-will offerings go to From Death to Life, a non-profit operating with the Basilica of St. Mary as their fiscal agent. Johnson hopes the event will raise $2,000.

Said McAfee: “I think the remarkable thing about Mary is the forgiveness she extended to the guy who killed her son…I don’t know if I could do that.’’