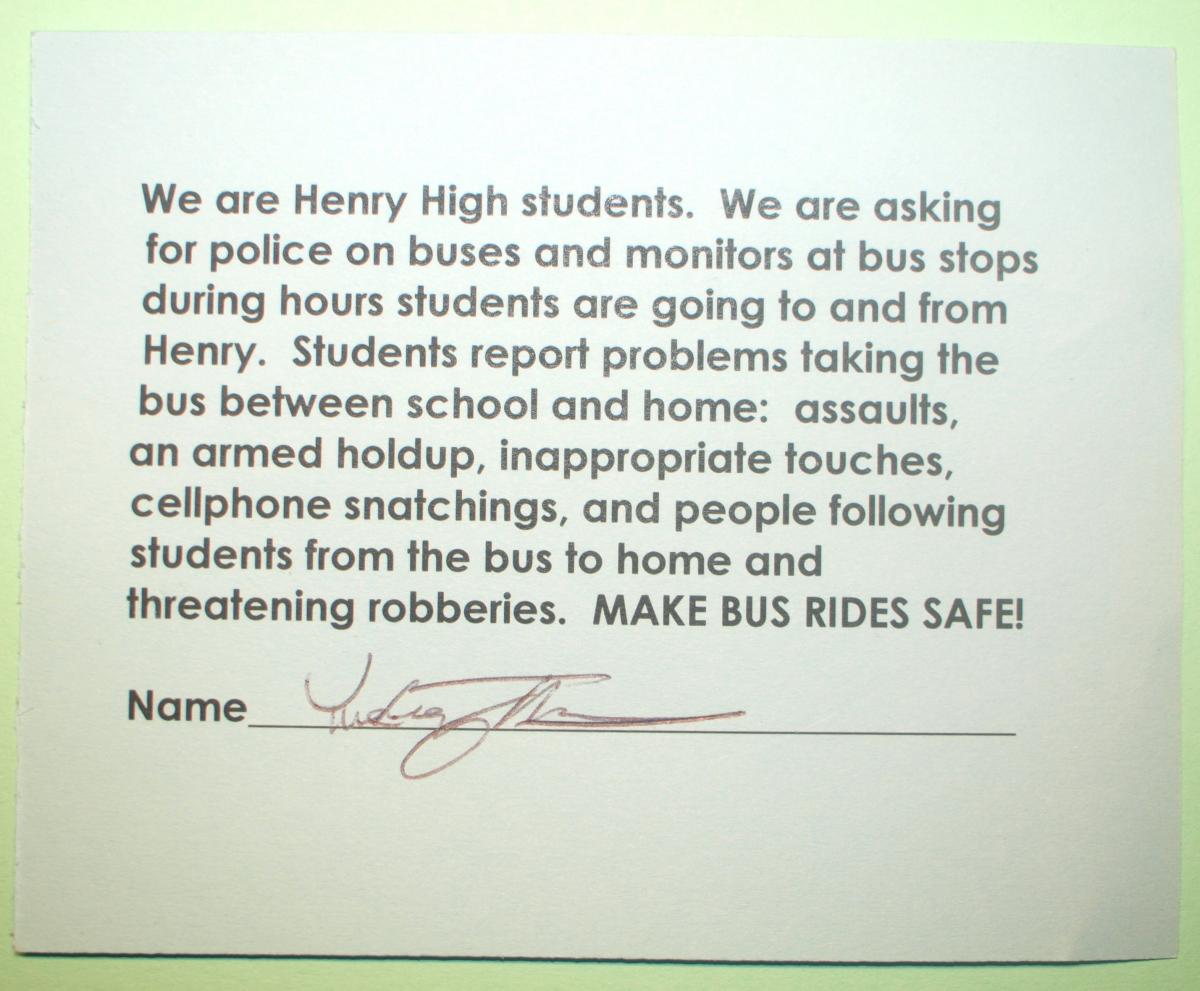 Henry Students are collecting these postcards and sending them to Minneapolis School Board members. (Photos by Jay Clark)

Earlier this week, another Henry High student was attacked while using the city bus Go To card to travel from school to home.

The assault took place on Tuesday.

The mom reported that her son was coming home from school on the 19 bus line.   He got   off at a stop that he usually does not get off at because he missed his usual stop. About 2 blocks later he noticed 2 teenagers following him. When he got to the middle of 23rd Ave N and Russell they attacked him in the middle of the street. One went in front of him and asked him for his ipod, one was in back of him with what he said was a gun to the back of his head. They threatened to kill him. They ripped the ipod out of his pocket, kicked him several times in the head and ran off.

The mom says that he has a bruise on his head, and he is very shaken and traumatized.

The mom says that she pulled her other son out of Henry when the mandatory city bus ride program was announced, for fear for his safety, but agreed to let this son stay at Henry because he was a senior and wanted to complete the Henry IB program.  The mom says she will now be pulling another child out of Minneapolis Public Schools by this fall.

Another student reported how three passengers sitting behind her talked about robbing her:  when she got off the bus the other three passengers also got off, and starting following her.  She ran for her house, and managed to get inside before they caught her.

And this week stories spread through Henry of another student being stalked repeatedly by a man in a car while going from her house to the city bus stop. 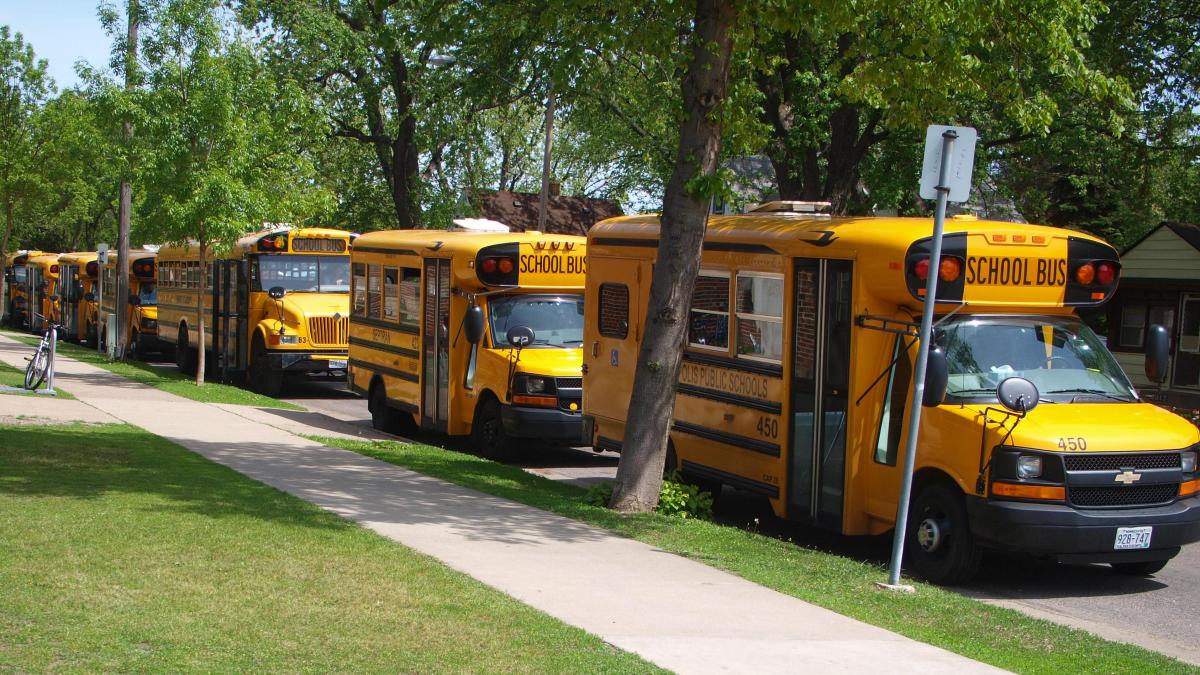 Meanwhile Gary Vang, the Henry student who was attacked and knocked out January 28 while using city buses to get from school to home, will be leaving Henry High March 22 to transfer to Hopkins High.  His parents say Gary has thrived at Henry and enjoys the students and teachers and courses and activities, but for his safety they have reluctantly concluded they need to move him to another school.

One program they hoped Gary could still participate in is College Possible, an after school program to help low income students apply to college.  However, the Henry High principal has decided to remove Gary Vang and other non-Henry students from the program.  Gary’s mom has called the principal several times and written her a letter asking her to reconsider, but to date the principal has not called back:  Gary’s mom was told the principal was too busy to talk to her. 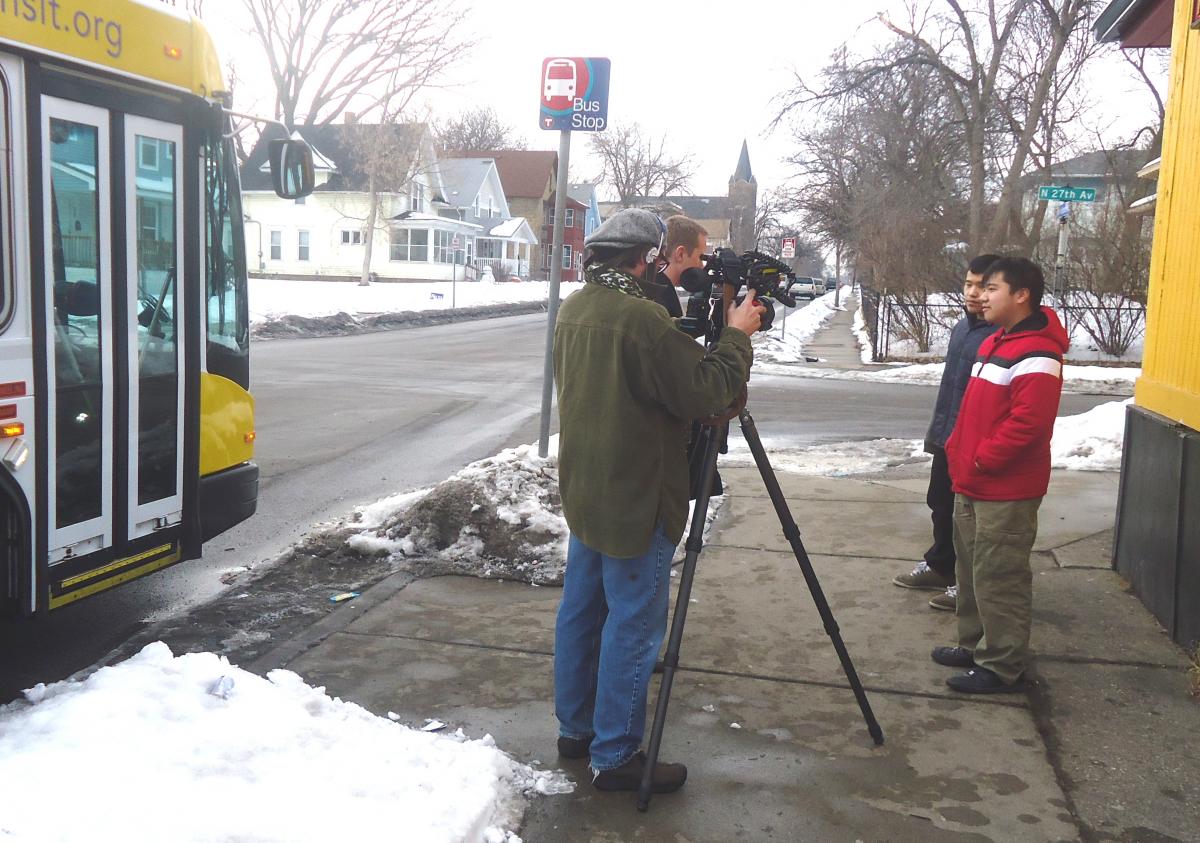