Here are the last of my pictures from the Peace Foundation Ball. Like a finely aged wine, these photos are best enjoyed in the long, pleasant afterglow of an overwhelming Don Samuels victory in Ward 5.

One would think these are the qualities we would want in a leader and (for that matter) his spouse; to focus on solutions to the pressing city issue of violent crime. What have people like Natalie Johnson Lee (and her husband, Travis Lee) or Al Flowers done to reduce violence in North Minneapolis? Food for thought.

…a shot of the school gymnasium where the event was held, kind of like where you might hold a high school prom only, well, most of the attendees were allowed to drink.

Below, Lisa and Anderson Mitchell with their two children. 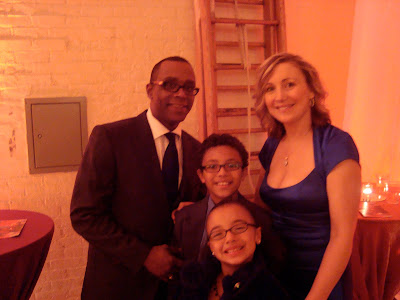 Pictured below, Sarita Turner, Executive Director of the West Broadway Business And Area Coalition (WBC). Turner is holding a flyer for a gala wine-tasting event being planned by WBC. 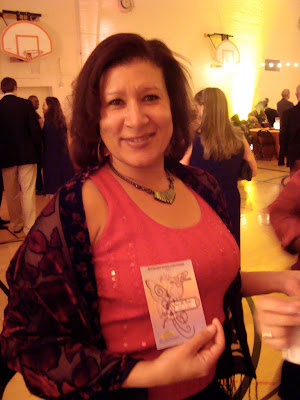 Here below, once again, is the event’s silent auction, with “Goddess of Glass” Connie Beckers posing by some of the pieces she donated for the event. 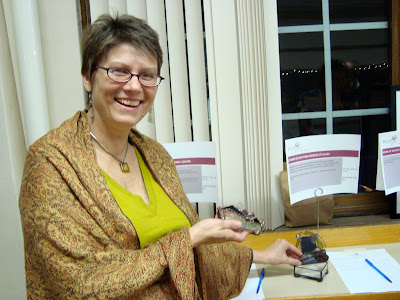 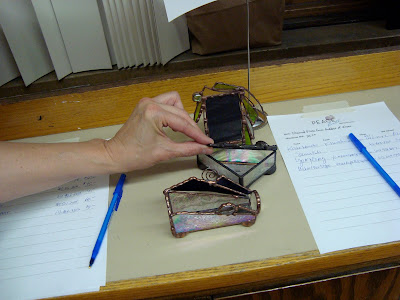 Lastly, there were photographic art displays at the Peace Ball, including compelling pictures of mothers who had lost their children to homicidal violence. Here is one of the photos, below. These photos were a reminder that no matter how much fun people were having at the party, there was a serious purpose and the party was a serious fundraiser for an important cause.

If you missed this year’s Peace Ball, don’t miss next year’s. In North Minneapolis (NoMi) this is truly the social event of the season. 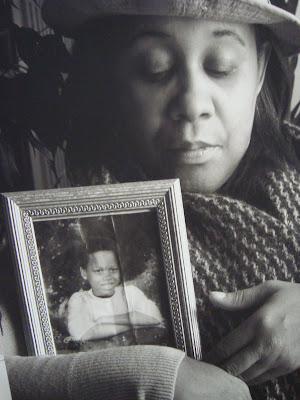