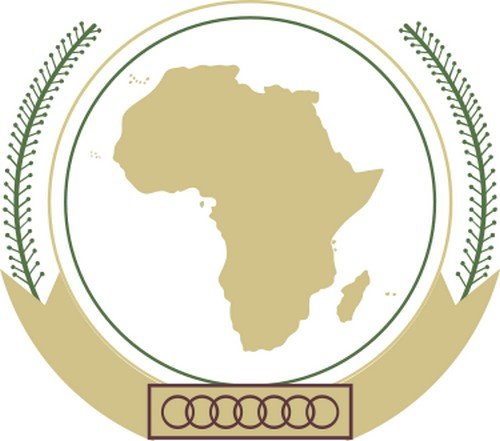 A delegation from the government of Cameroon is appearing this week before the 54th Ordinary Session of the African Commission on Human and Peoples’ Rights to delve into human rights conditions in Cameroon and to respond to questions.

Reflecting grave concerns about violence that is based on sexual orientation and gender identity in Cameroon, the NGO Forum hosted by the African Centre for Democracy and Human Rights Studies last weekend adopted a resolution condemning this human rights abuse. The resolution will therefore be presented to the African Commission for consideration during the closed portion of its session next week.

The Advocates for Human Rights’ partner organizations, Le Réseau des Défenseurs des Droits Humains en Afrique Centrale (REDHAC) and Cameroonian Foundation for AIDS (CAMFAIDS), participated in the NGO Forum. During the Commission’s review of Cameroon this week, Patience Ngo Mbe of REDHAC delivered an oral statement on the issue of discrimination based on sexual orientation and gender identity in Cameroon. Our friends at African Men for Sexual Health and Rights (AMSHeR) and Coalition of African Lesbians (CAL) also released a report on violence based on perceived or real sexual orientation and gender identity in Africa in conjunction with the resolution being brought before the NGO forum.

Following the session, the African Commission will announce any resolutions it has adopted and will issue concluding observations and recommendations to the government of Cameroon about a myriad of human rights abuses in Cameroon. It is our hope that the Commission will home in on violence perpetrated because of actual and perceived sexual orientation and gender identity.

The resolution adopted by the NGO Forum is the product of several years of planning and advocacy by African non-governmental organizations. It reads as follows:

Recalling further that the Universal Declaration of Human Rights and the African Charter on Human and Peoples’ Rights affirm the inherent dignity of all human beings that everyone is entitled to the enjoyment of rights and freedoms without distinction of any kind such as race, colour, sex, language, religion, political or any other opinion, national or social origin, property, birth, or other status;

Noting that Article 29[7] of the African Charter requires every individual to preserve and strengthen positive African cultural values in his relations with other members of society in the spirit of tolerance, dialogue and consultation;

Noting also that Article 45 of the African Charter, which mandates the African Commission on Human and Peoples’ Rights, protects human and peoples’ rights in Africa;

Noting further that Article 60 of the African Charter requires the African Commission on Human and Peoples’ Rights to draw inspiration from the content of other international treaties and laws, and further noting that articles 2(1) and 26 of the International Covenant on Civil and Political Rights (ICCPR), to which all African states are party, as well article 2 of the International Covenant of Economic, Social and Cultural Rights (ICESCR) establish the principle of non discrimination on grounds of sexual orientation, as elaborated respectively by the United Nations Human Rights Committee and the United Nations Committee on Economic, Social and Cultural Rights; and that

U.N. treaty bodies and Special Procedures, including the U.N. Working Group on Arbitrary Detention, the U.N. Special Rapporteur on torture and other inhuman, degrading and cruel punishments and treatments, the UN Committee on Social, Economic and Cultural Rights, and the Committee on the Elimination of Discrimination against Women, have consistently held that the International Bill of Rights includes protection against discrimination based on sexual orientation and gender identity;

Expressing grave concern at acts of violence and discrimination committed against individuals because of their imputed or real sexual orientation and gender identity, which include arbitrary arrests, detentions, extra-judicial killings and executions, forced disappearances, extortion and blackmail, violent attacks such as rape and other sexual assault, physical assaults, torture and murder;

Further alarmed at the incidence of violence and human rights violations and abuses by State and non-state actors targeting human rights defenders and civil society organisations working on issues of sexual orientation and gender identity in Africa;

Deeply disturbed by the unwillingness of law enforcement agencies to diligently investigate and prosecute perpetrators of violence and other human rights violations targeting persons on the basis of their imputed or real sexual orientation and gender identity;

In related action, The Advocates and its partners also submitted reports in advance of the 54th Ordinary Session for the African Commission on Human and Peoples’ Rights’ consideration, including:

Ashley Monk is The Advocates’ development and communications assistant.