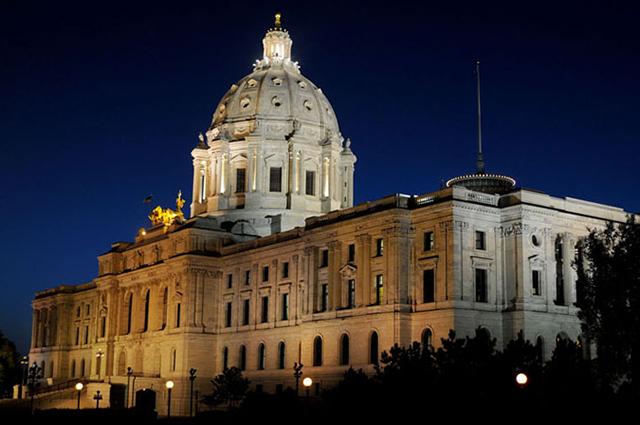 A possible amendment to the health and human services budget that has been bandied about by some members of the House Health and Human Services Finance Committee this week would raise grants to families with children for the first time in 27 years. (Courtesy of MN Senate Media Services)

Despite recent DFL leadership calls at the Legislature for $150 million in cuts in the proposed health and human services budget, there appears to be a bipartisan effort afoot to increase assistance for needy Minnesota families.

Throughout the Legislature, of course, there is a tug of war between monetary realities and social convictions. Any new proposals need funding sources. Where would the money come from?

Still, one possible amendment to the health and human services budget that has been bandied about by some members of the House Health and Human Services Finance Committee this week would raise grants to families with children for the first time in 27 years through the Minnesota Family Investment Program (MFIP), the state’s welfare-reform program. Some call it a cost-of-living adjustment.

Another possible amendment would establish a housing allowance for some of these low-income families.

MFIP is a safety net program designed to provide temporary assistance while parents look for work or finish job training. It provides both cash and food assistance and sometimes money toward housing. Right now a family of three receives $532 per month.

Just what such proposals would cost and how far they might go in the House legislative process remains to be seen, but the talk has advocates energized, said Alexandra Fitzsimmons, legislative affairs and advocacy director for Children’s Defense Fund-Minnesota.

“The timing is now. If it’s not done now, it’s not going to happen next year. There are real needs for real families,’’ Fitzsimmons said, also citing studies that demonstrate that financial support and early intervention services dramatically improve children’s lives.

A Brookings Institution study, she said, demonstrated that boosting a poor family’s income by $1,000 a year annually during early childhood can result in better reading and math scores once that child is in school.

It’s too early to know whether the measures would be included in the final budget to go before the entire House later this spring, though there is some Republican support at the committee level, Fitzsimmons said.

The news came to light Thursday following a news conference called by a group of advocacy organizations highlighting legislation that “address needs of Minnesota children and families and improve Minnesota communities.’’