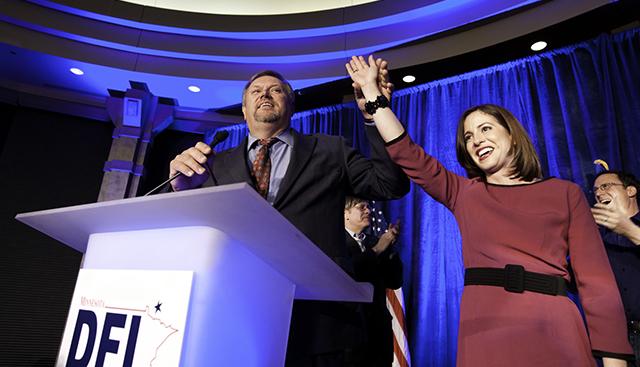 Long before the election polls closed and the DFL walked away with the winning hand in the state’s House and Senate races Tuesday, advocates were making the case for more help for Minnesota’s poor.

They reached out to Republican and DFL candidates, explaining the need for $50 million in funding directed to affordable housing and to programs to head off homelessness, as well as additional funds for early childhood programs, family economic security initiatives and other changes, including an increase in the minimum wage.

With Democrats controlling both houses of the Legislature and a governor of the same party, there may be a better possibility of attaining that funding, advocates say, stressing they count many Republicans among their supporters.

“We think there are a number of folks going to make housing and homelessness among the top-tier issues,’’ says Liz Kuoppala, executive director of the Minnesota Coalition For the Homeless.

That’s why her group of 150 service providers plus 40 other housing and homeless service organizations calling themselves Homes for All plan to ask the Legislature for $25 million budget increases both for the Department of Human Services and for the Minnesota Housing Agency.

A majority of those funds would go toward achieving housing stability for the poor and homeless, particularly children and youth, who need healthy and safe environments to grow up in, Kuoppala says.

A quarter of Minnesota homeowners and about half of renters already pay more than 30 percent of their income for housing, an unaffordable rate according to federal housing standards, says Leigh Rosenberg, research manager with Minnesota Housing Partnership, a member of the coalition.

Children’s Defense Fund wants to see more public investment in support programs for new mothers, as well as the implementation of family economic security measures along the lines of an act introduced late in the 2012 legislative session.

That proposal, which would have to be re-introduced, includes raising the minimum wage, increased child care funding and increased tax credits for low-income working families.

These are the kinds of issues his organization has been talking to candidates about all fall, says Brian Rusche, executive director of the Joint Religious Legislative Council, as well as other issues “right at the heart” of the legislative report by the Commission to End Poverty in Minnesota by 2020, issued in January 2009.

“Stronger, strategic jobs programs, lifting the minimum wage, investing in skills training, making higher education more accessible, all those things add up to a better work force, and a stronger middle class” that in turns spends money earned and grows the economy, he says.

Rusche thinks the 2013 Legislature will be able to further the “poverty agenda” and streamline some aspects of public assistance programs.

The state could, for example, determine a “universal set of qualifiers” so low-income people could apply once for multiple programs such as food assistance or child-care assistance, Rusche says.

He expects to see in the 2013 Legislature more lawmakers willing to “face problems squarely” and be problem-solvers interested in increasing revenues and efficiencies.