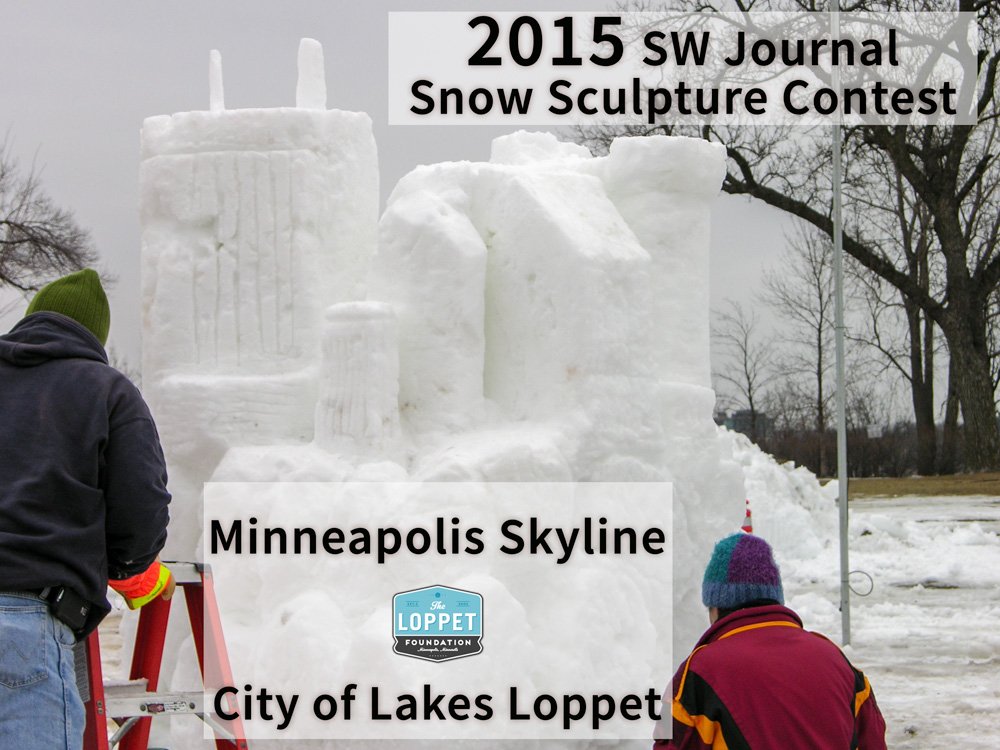 Not enough snow, and the City of Lakes Loppet needed to confine all the Ski Runs to Wirth Park. 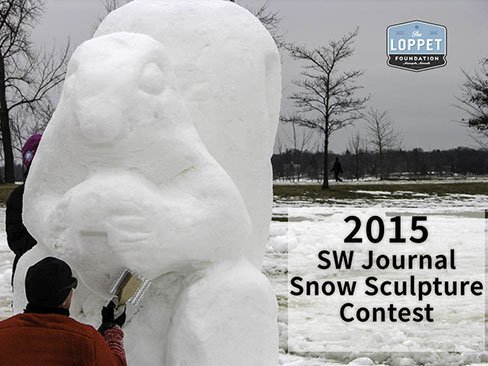 The Snow Blocks for the SW Journal Snow Sculpture Contest were already in position at what would have been the Loppet Finish Line for many of the races. So the Snow Sculpture Contest transpired in a quiet little corner of the Twin Cities, apart from the skiers finishing their runs. The Northwest shore of Lake Calhoun, in what would have been the Loppet Village but for lack of snow on the chain of lakes and throughout, bubbled with jubilance and frivolity of more concentrated scoop. A four foot by four foot by eight feet tall block of snow confronted the creators with snow, where they did not want snow. So they set about to sculpt their visions out of the blocks. 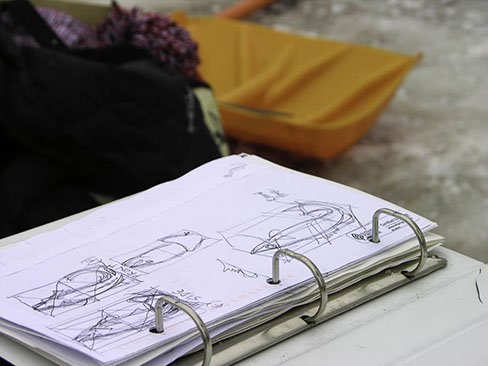 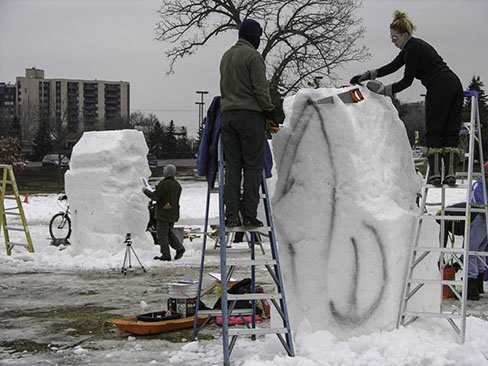 It was unfortunate to not see the skiers gliding by on to a finish, but the show must go on. Carry on, and carried on they did 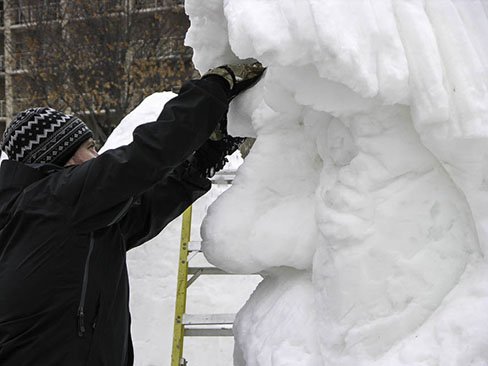 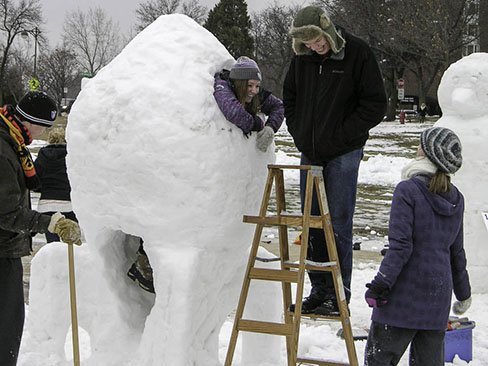 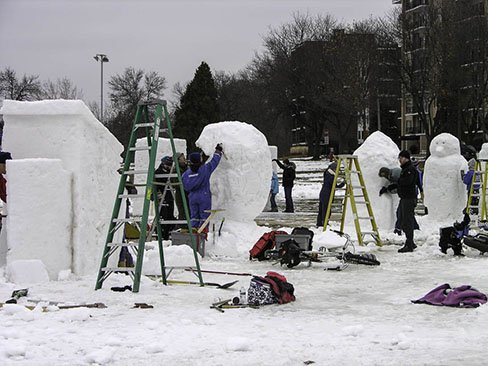 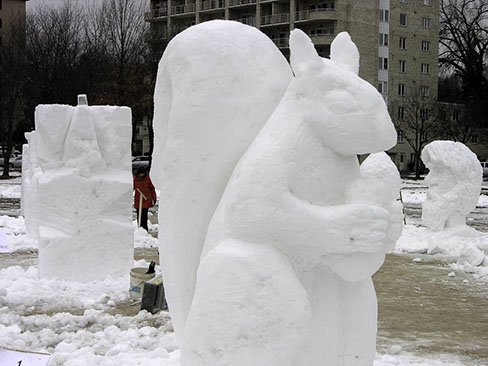 Thanks to all who made such a nice crazy event happen on a winter’s day. 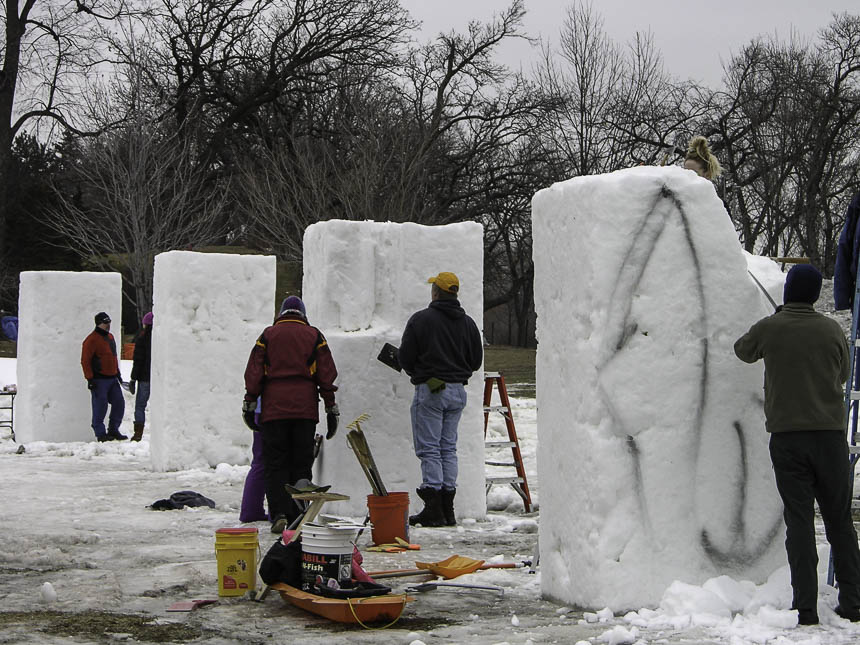 Art had to start as blocks of snow 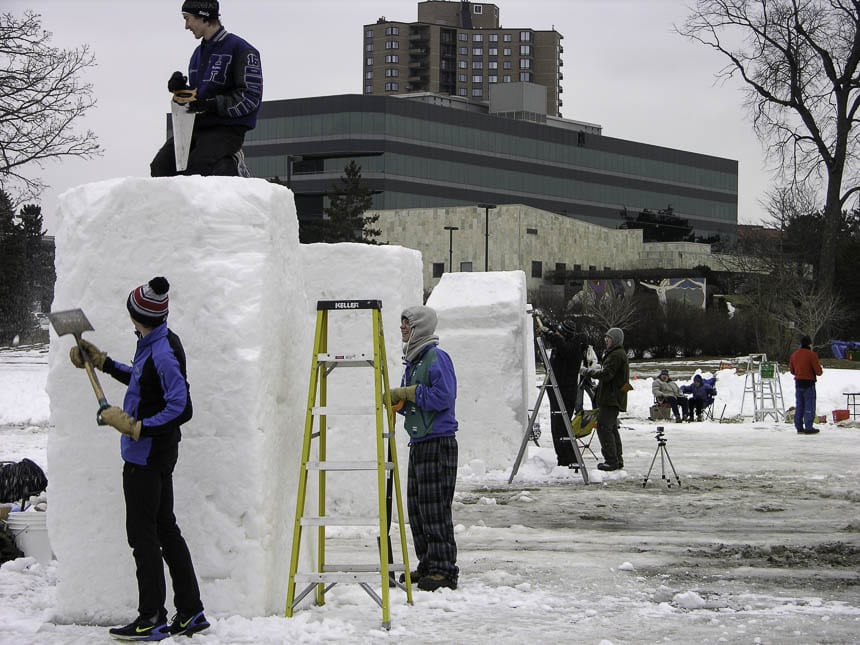 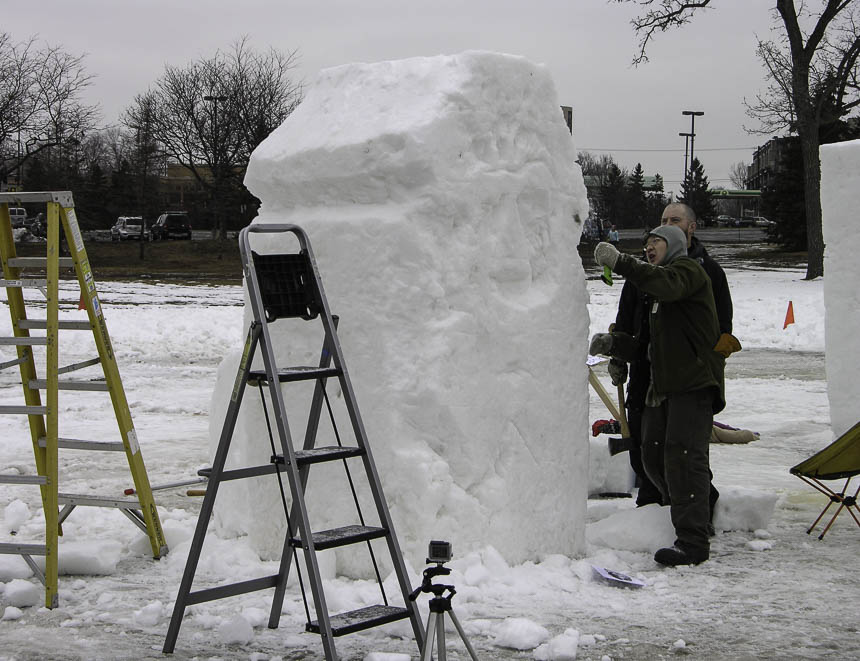 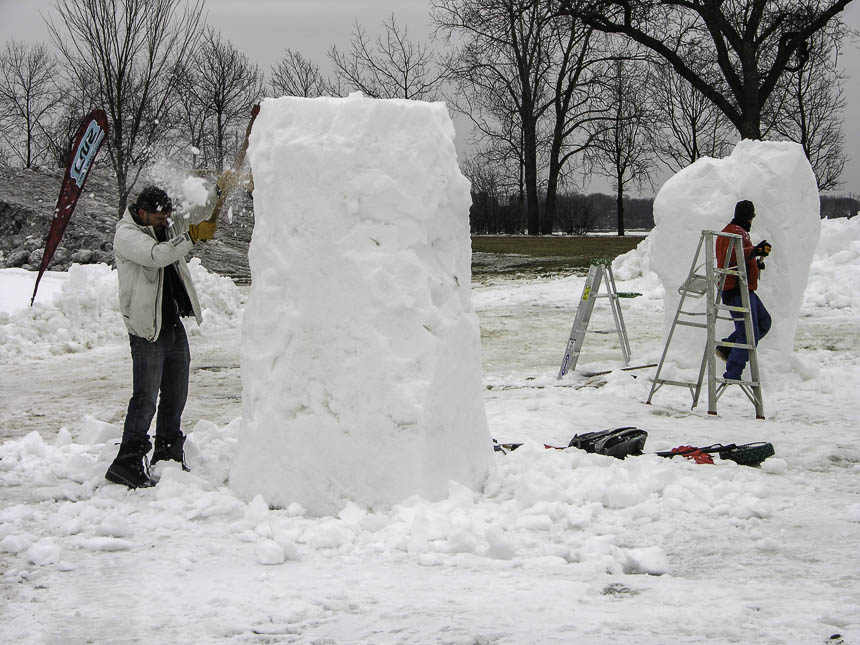 Vigor does not exceed intent, snow flies where it may 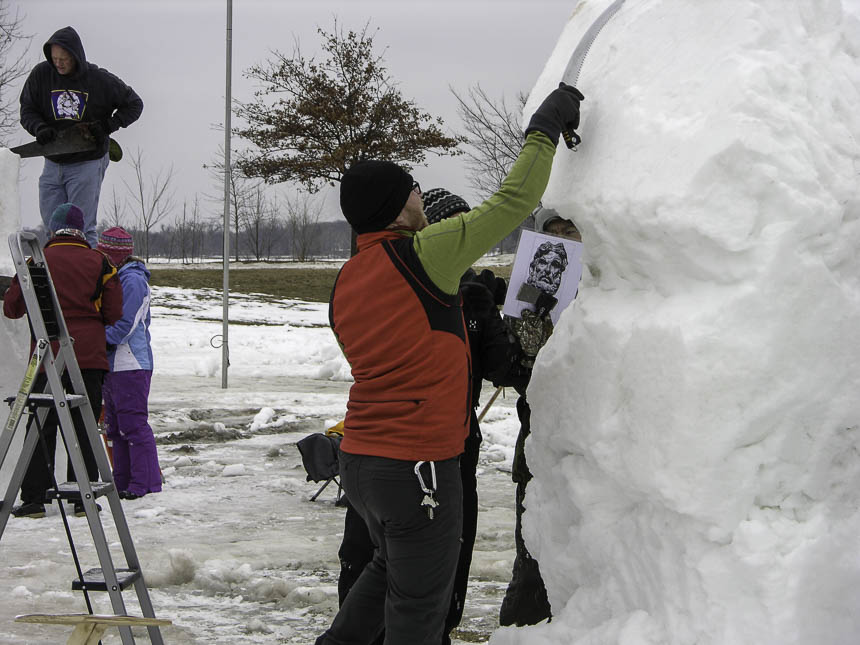 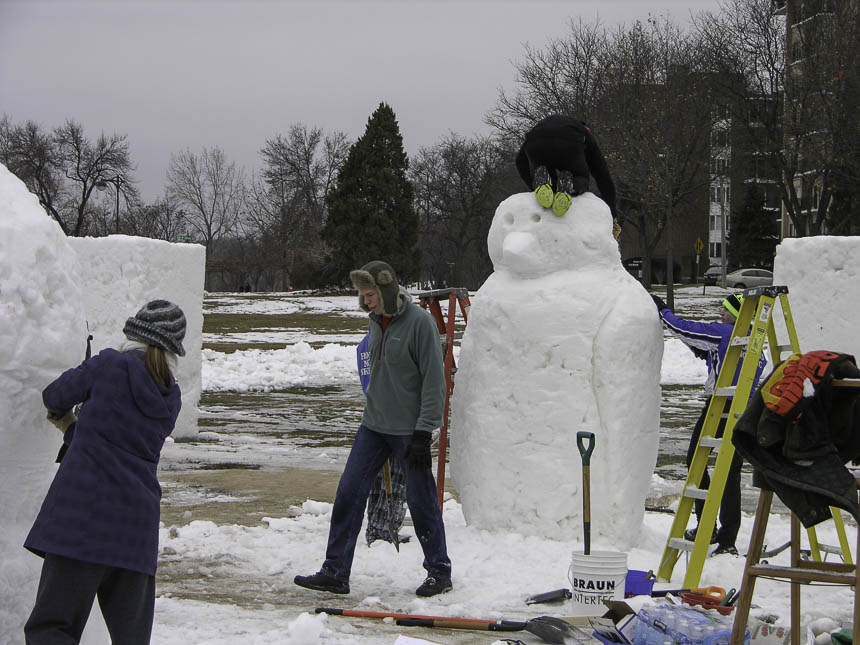 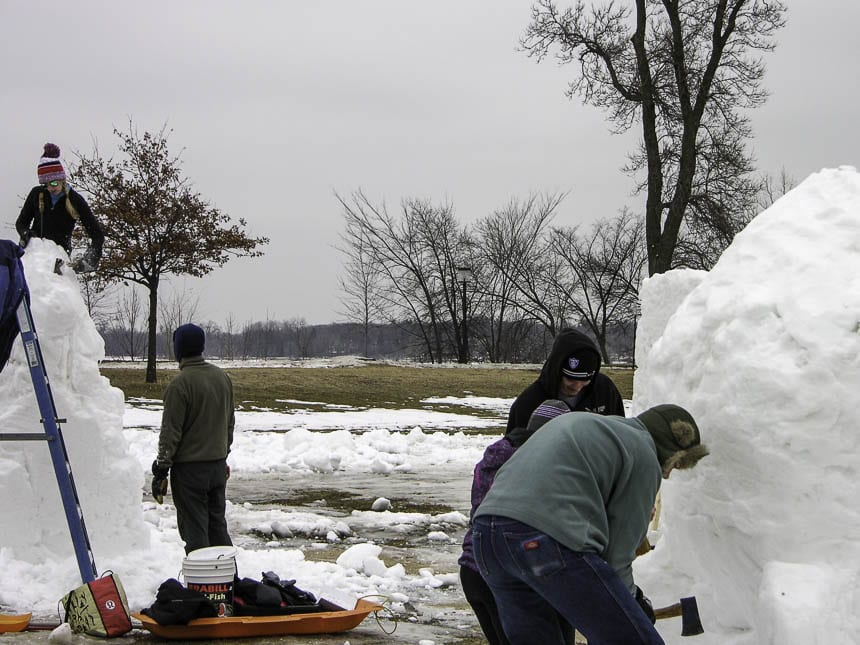 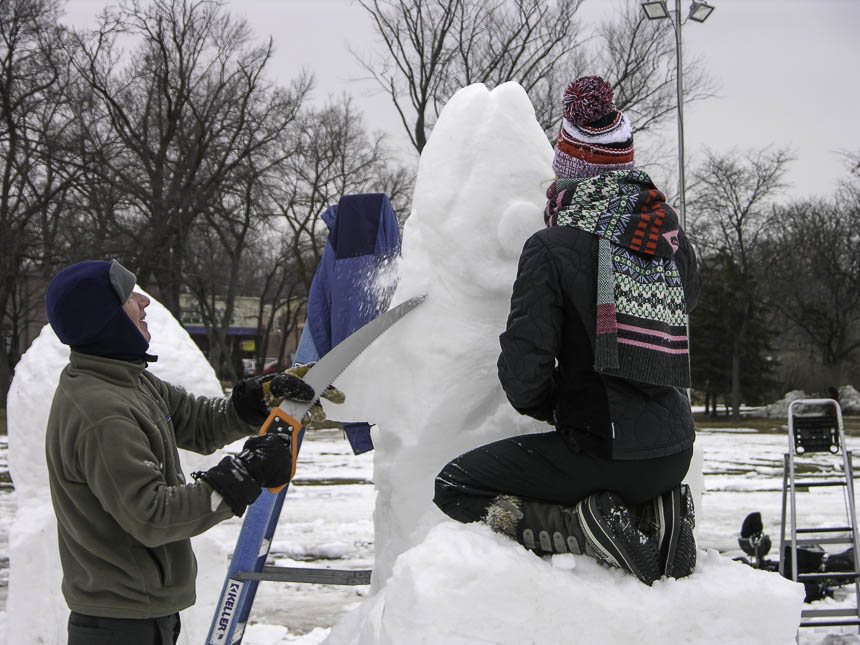 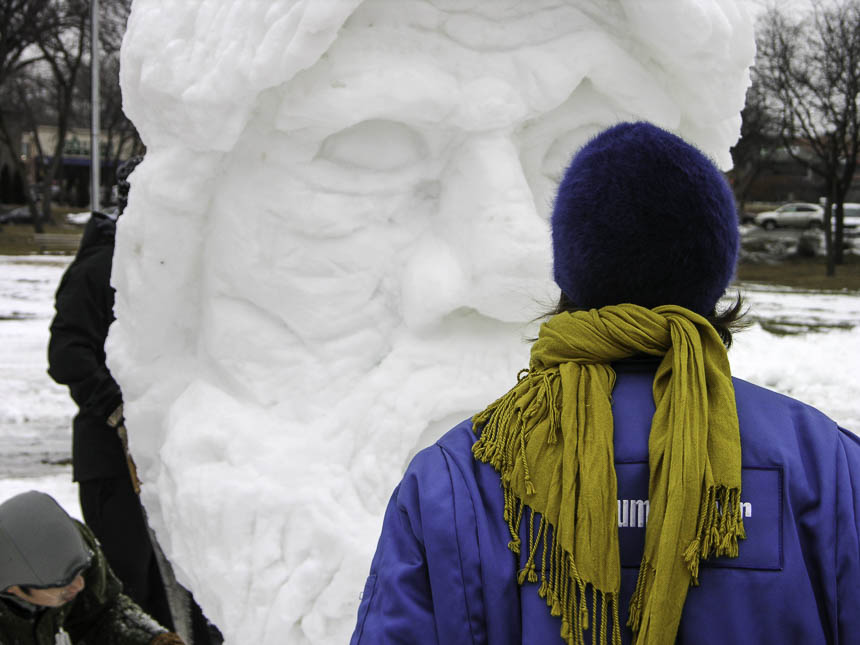 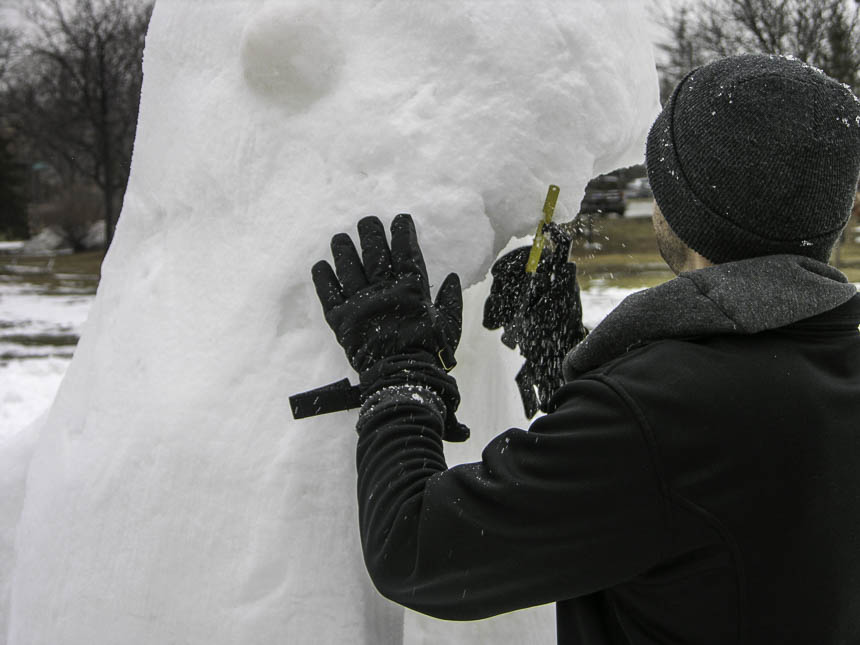 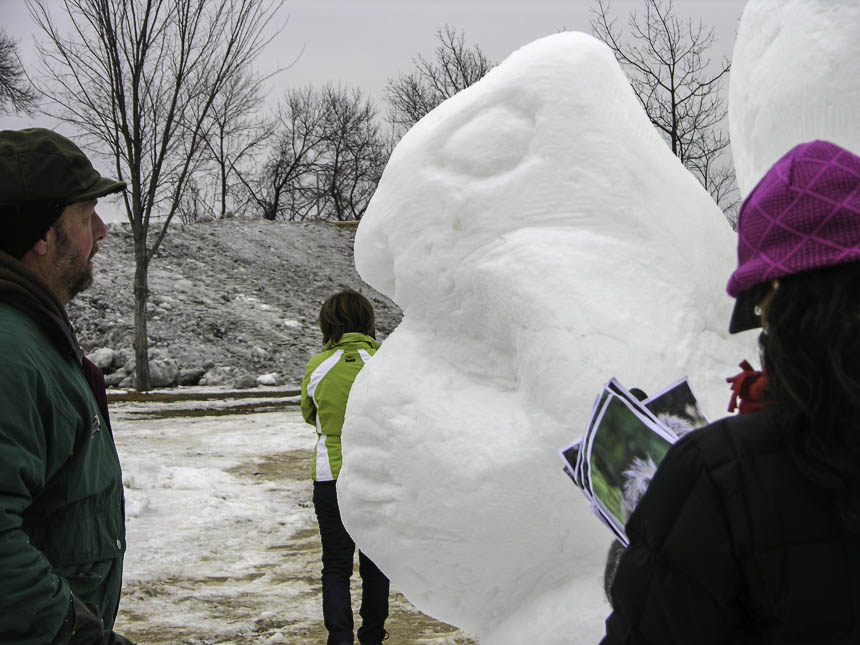 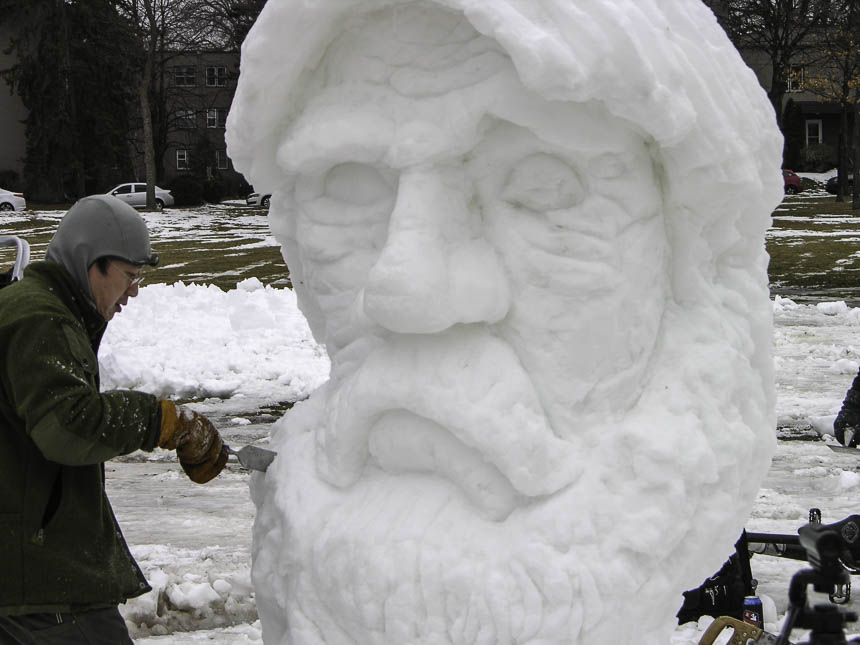 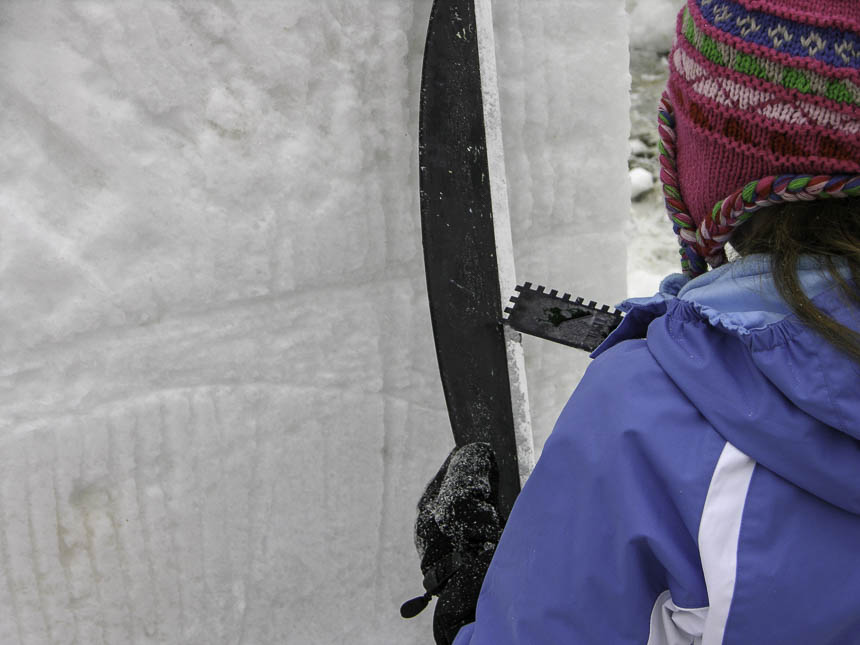 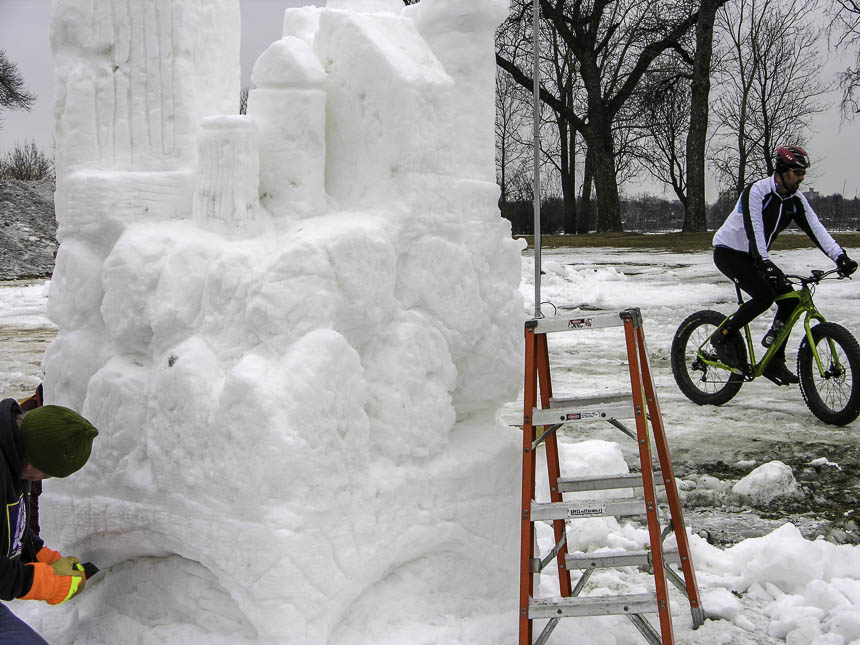 Slick all around, with ice glazed everywhere 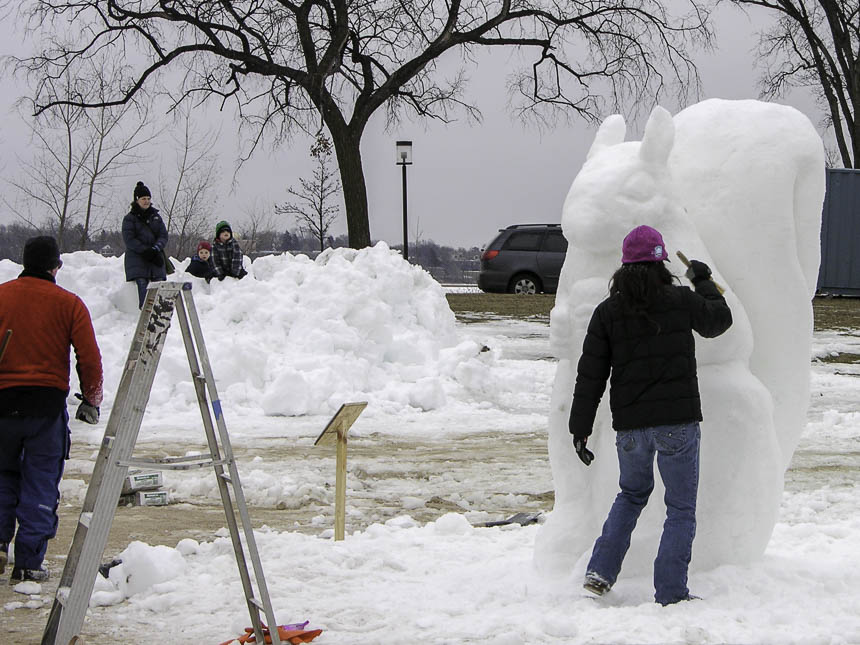 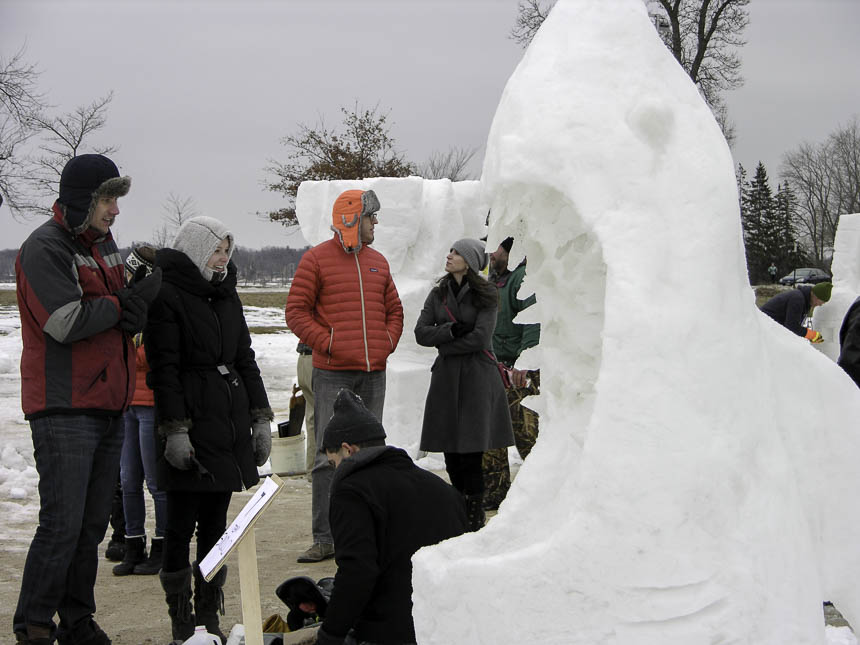 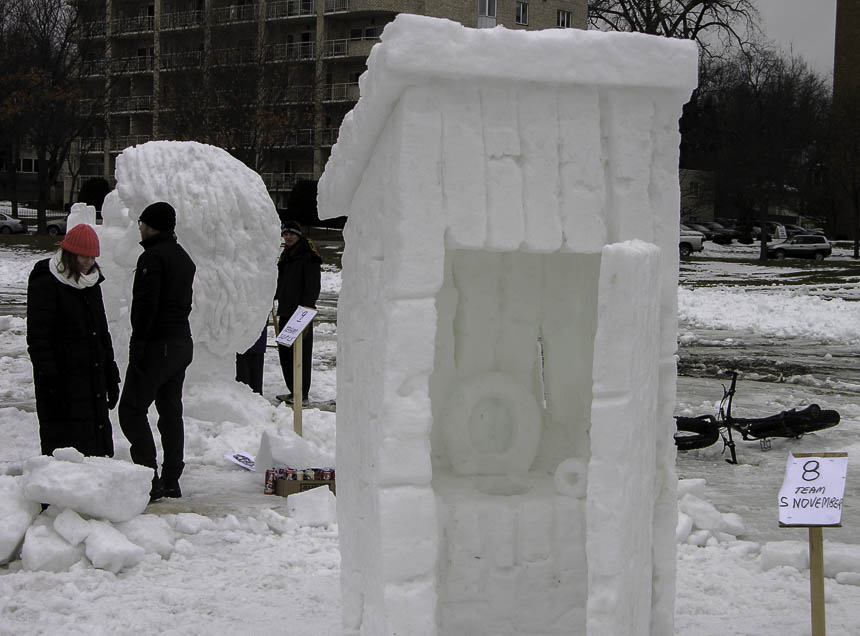 Potty humor from the S'november kids 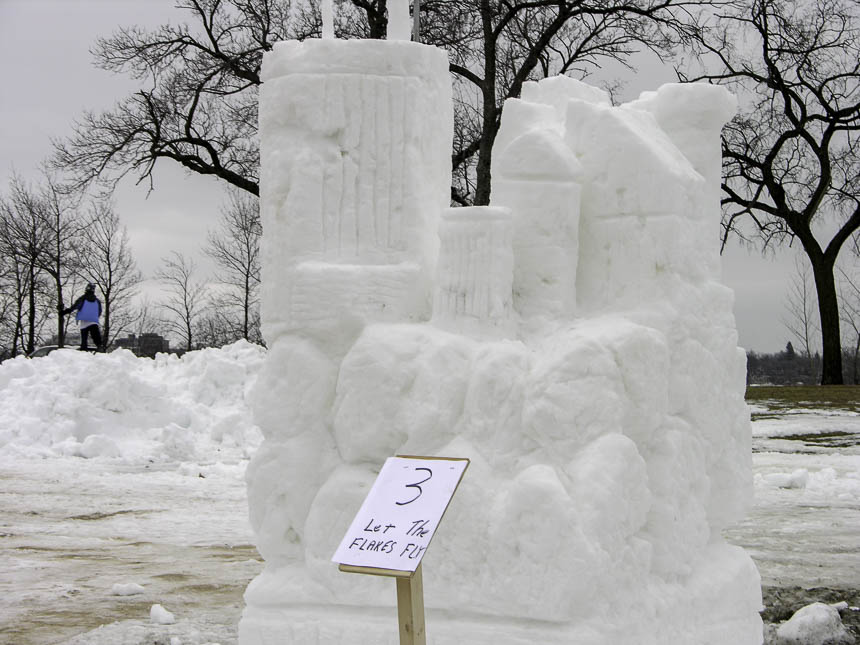 Scene of the city line 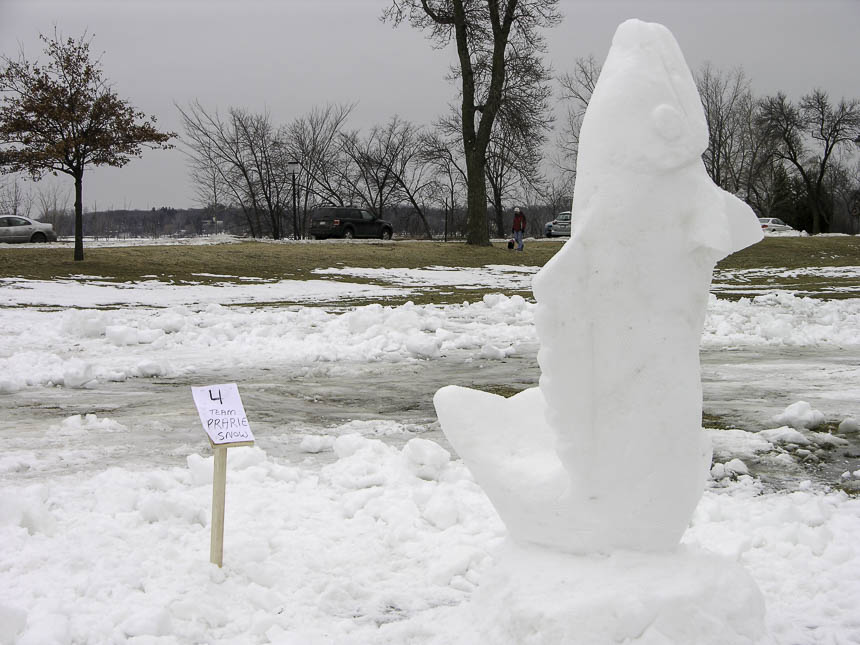 Scene of the shore line