Four candidates are running for the four-year term of mayor for the City of St. Paul. This will be the first mayoral election in St. Paul to use ranked-choice voting, which voters approved in 2009. Voters will be asked to choose their first, second, third and fourth choice. Voters cannot choose the same candidate for more than one choice.

The winner will be the candidate who gets the majority of the first-choice votes on Election Day.

You can hear the candidates at a League of Women Voters forum scheduled for Thursday, Oct. 24, at 7 p.m. at the St. Paul Public Schools Central Office, Rooms A and B, at 360 Colborne St.

We asked the candidates to submit a short biography and tell us what they thought were the biggest challenges facing the city. Sharon Anderson, a retired real estate entrepreneur who filed for candidacy, did not return phone calls or emails, so she is not listed. 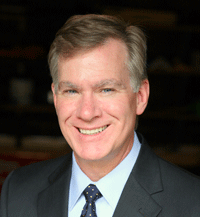 Chris Coleman is a lifelong St. Paul resident, attorney and former city council member. He has served as mayor since 2005 and is running for his third term. Born and raised in St. Paul, he earned his undergraduate and law degrees at the University of Minnesota. He worked for a decade as a public defender and prosecutor before going into private practice. Active as a neighborhood leader and activist, including president of a local district council, he won election to the City Council to represent Ward 2. He took office as mayor in 2006.

Why are you running for a third term as mayor?

“Seven years ago, I was honored to become the mayor of my hometown. When I started, my daughter, Molly, was 14 and my son, Aidan, was 11. Now they are both off at college. But these last seven years weren’t simply a passage of time. They have been an incredible period of change in our city.

“Light rail, after three decades of discussion, is now more than 96 percent complete. Downtown will soon see a Lund’s grocery store sell its first bag of groceries. Once-dormant parcels at the Schmidt and Hamm’s breweries are now filled with activity as new housing and new businesses rise out of the remnants of those facilities. And, while the story of St. Paul as a brewery town has taken a new direction, it is still strong with Summit Brewery expanding, Flat Earth looking at a new home on the East Side, tap rooms poised to spring up across the city and microbreweries filling the void of the large brew-house departures.

“Over the last several years, new partnerships have been forged in economic development, regional cooperation, environmental initiatives and education. We know that we are stronger when we act together. The momentum that has been built over these last several years must be sustained. That’s why I’m seeking a third term as mayor.”

What is the biggest challenge facing the city of St. Paul and if re-elected, what would you do to overcome that challenge?

“The most important long-term challenge facing St. Paul is closing the achievement gap. One of our top goals must be to work with the school district to become a national model of how to close the persistence of an achievement gap between white students and students of color. Every child, whether born in St. Paul or brought here from another part of the country or the world, must have the same opportunity to reach his or her full potential.

“I have consistently advocated for city government and leaders to take an active role in supporting education. The work that we have done in St. Paul to build a seamless network of out-of-school-time programs is nationally recognized, enabling children to continue learning after the school doors are closed for the day, the weekend or the summer. I have developed a strong working relationship with the school district, so we have been able to integrate our efforts and establish a network of programs that transform education.

“We have also partnered with local businesses to engage students in developing vital workplace skills before graduation as a part of a new initiative called ‘Right Track.’ Through this new partnership between the City of St. Paul’s Youth Job Corps, the school district, Genesys Works and our local business community, students receive valuable career-readiness training and coaching. Participants are eligible for a full summer of career preparation and college-readiness training and will be afforded the opportunity to partake in a year-long paid internship at one of many local companies.

“Education is my job strategy, my economic strategy and my public safety strategy.” 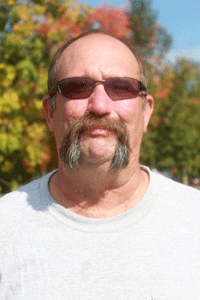 Kurt Dornfeld’s campaign tag is “I don’t walk their walk or talk their talk.” Dornfeld, who goes by the moniker “Dirty Kurty,” is a street-maintenance worker for the City of St. Paul. He was born at St. Joseph’s Hospital in downtown St. Paul and is a 1977 graduate of Harding High School. Dornfeld says he’s neither a Democrat nor a Republican and has voted for candidates from both parties in the past.

Why are you running for mayor?

“I am sick of the way politicians are spending our money. Every time they need something, they just give us a tax or a fee.

“Here we are building a stadium and our streets are the crummiest they’ve been for as long as I can remember. Instead of sticking money into the stadium they should have put it into the streets. I am out on the streets all the time and some of the streets are so horrible, another bad winter like last winter and we’re really going to be bumming.”

What is the biggest challenge facing the city of St. Paul and if elected, what would you do to overcome that challenge?

“We need to figure out a way to get businesses into downtown because it’s pretty empty down there. We need to help small businesses and keep business in St. Paul. We have a lot of empty real estate. They built a train that probably won’t ever get the money to pay the engineer let alone the cost of it and they don’t have a snow plan for that street right now. Right now we put the snow on the tracks. As soon as [the trains] start running, where are we going to put the snow? The street’s right on top of the sidewalk. Where are we going to put the snow?

“We need to quit spending so much money and get back to basics, make sure we have a good police department. [With the Saints baseball stadium being built downtown], they are running into more and more problems with that. What are you going to do with the farmers market and the people who live down there? You want people to live down there, but you take away their parking spots.

“I’m not sure that I’m the best politician in the world, but every job I’ve done I’ve gotten really good at it. I make sure I have successful people working with me.” 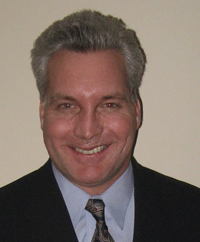 Tim Holden has lived in West St. Paul and St. Paul almost all of his life. He graduated from St. Thomas Academy and St. Cloud State University, earning a degree in criminal justice. Holden has worked with special task forces for both the St. Paul and Newport police. He is a licensed realtor and general contractor and has run his own contracting company for more than 20 years.

Why are you running for mayor?

“I am running for mayor to work for all the citizens of St. Paul. Too often the mayor’s pet projects are funded at the expense of our recreation centers, businesses and citizens. The light-rail work on University Avenue persuaded me that someone had to speak for the rest of us. My colleagues and friends convinced me I was that person.”

What is the biggest challenge facing the city of St. Paul and if elected, what would you do to overcome that challenge?

“I would listen carefully to the people and visitors to our city, work together to work within our budget to keep our streets maintained, bring in livable-wage jobs, and work with neighborhoods and communities to ensure educational excellence.”