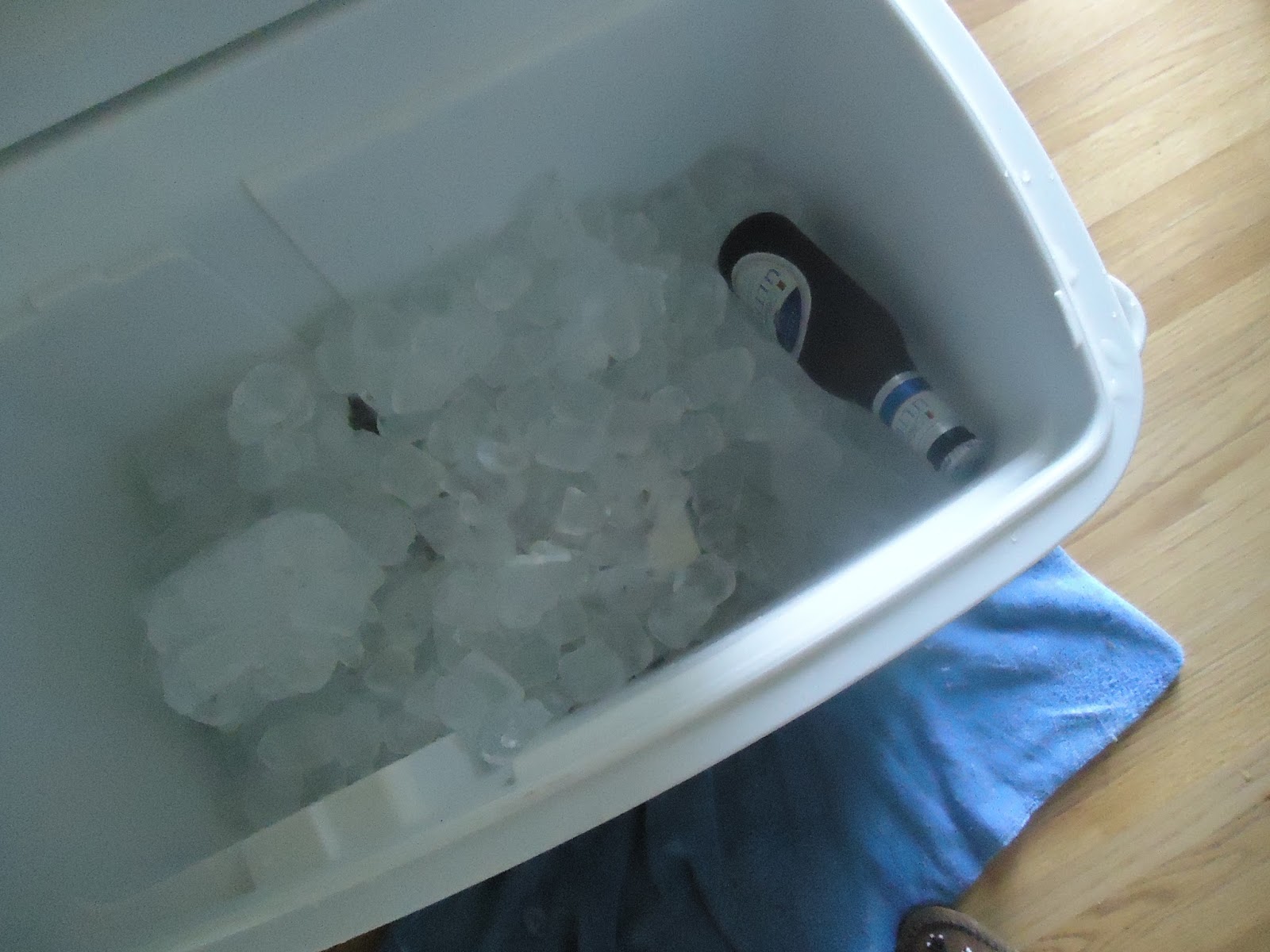 As a certifiable disciple of zombies and imaginary apocalypses, I often pose questions about the End of Times to T. My favorite is, “Which stores would you loot if the zombies were coming?” We pretty much agree on the pilfering route we’d take. We’d start at the sturdy hardware store across the street from our house, loading up on tools and camping items and food that has a mid-century expiration date. Then we’d move on to the pawn shop a few blocks down the road. They advertise “GUNS! WEAPONS! AMMO!” Not being a gun toter, I suppose if the zombies do make it to the Twin Cities I’ll have to stifle my inner pacifist and learn to lock and load. Then, time allowing, we’d make a final run to stock up on groceries, pharmaceuticals, sundries, and liquor. Maybe we’d grab some smokes to use as trade leverage (isn’t that what they use in prison?).

On Friday night we noticed the rain beginning so we paused Netflix to tune into a local channel where the weather guy flashed a map of red. We saw that our neighborhood was smack dab in the middle of the storm’s path just as the wind hit and the power ceased. In the dark we could see our enormous old trees swaying against hanging lines. Branches and limbs flew. Our neighbors’ ancient pine bounced across our yard like a tumbleweed… or Christmas in June.

Never having been without power for more than a few hours, I wasn’t prepared. We found some scented candles and used them to rustle up a flashlight and a battery-operated radio, both gifts T received from my stepdad (That guy is a survivalist. If the zombies ever come, maybe we will just skip the looting and head to my parents’ house). I remembered enough to enforce the “No opening the fridge until we have several coolers full of ice” rule. That first night we made due with candlelight cribbage and a DVD played with the remaining power on T’s laptop.

Saturday’s first order of business was finding a gas station with working pumps. After that the search for ice, hot coffee, and a newspaper began. It took four different gas stations to find gas, three stores to find ice, and a half an hour wait at McDonald’s for coffee and egg McMuffins (Yes, we ate McDonald’s breakfast twice his weekend. Pride and snobbery have no place in a crisis. I’ll do penance next week.).

Neighborhood cleanup was in full mode by the time we made it outside. Neighbors we occasionally wave hello to suddenly became dear companions. We exchanged storm stories, news, and rumors. “Power might not be back until Wednesday.” “Uptown got hit the worst.” “Poles are down over at Dale and County C.” Our block took on the feel of a friendly campground. We grilled meat salvaged from the freezer. We took a walk and made friends with neighbors three doors down from us, then spent the evening in their driveway talking food (they used to own a restaurant together and he is a local chef) and drinking wine. Yards were piled high with neat stacks of tree limbs and rubble, and those who had generators used long extension chords to share power with their neighbors.

By Sunday morning everything began to feel more “Lord of the Flies” than happy campers. Our neighbor’s generator had run for more than 24 hours and our house was humming from the unrelenting growl. I could hardly swallow my tasteless McDonald’s breakfast sandwich and coffee. We couldn’t do laundry. I was covered in mosquito bite from our evening outside, and I was starting to crack. T suggested a break. We headed to an afternoon matinee at a comfy and inviting theater.

World War Z reminded me, as if I needed a warning, that I am not ready for zombies or apocalypses, or even power failures. I’d move too slow and get picked off immediately, or have an asthma attack and get my companions in trouble while they tried to raid the undead-infested pharmacy. Certainly I’d drink all of the beer from the cooler and forget to close the lid. T might do alright though. Give him an hour and he’ll return home with enough ice and coffee to get you through the day.