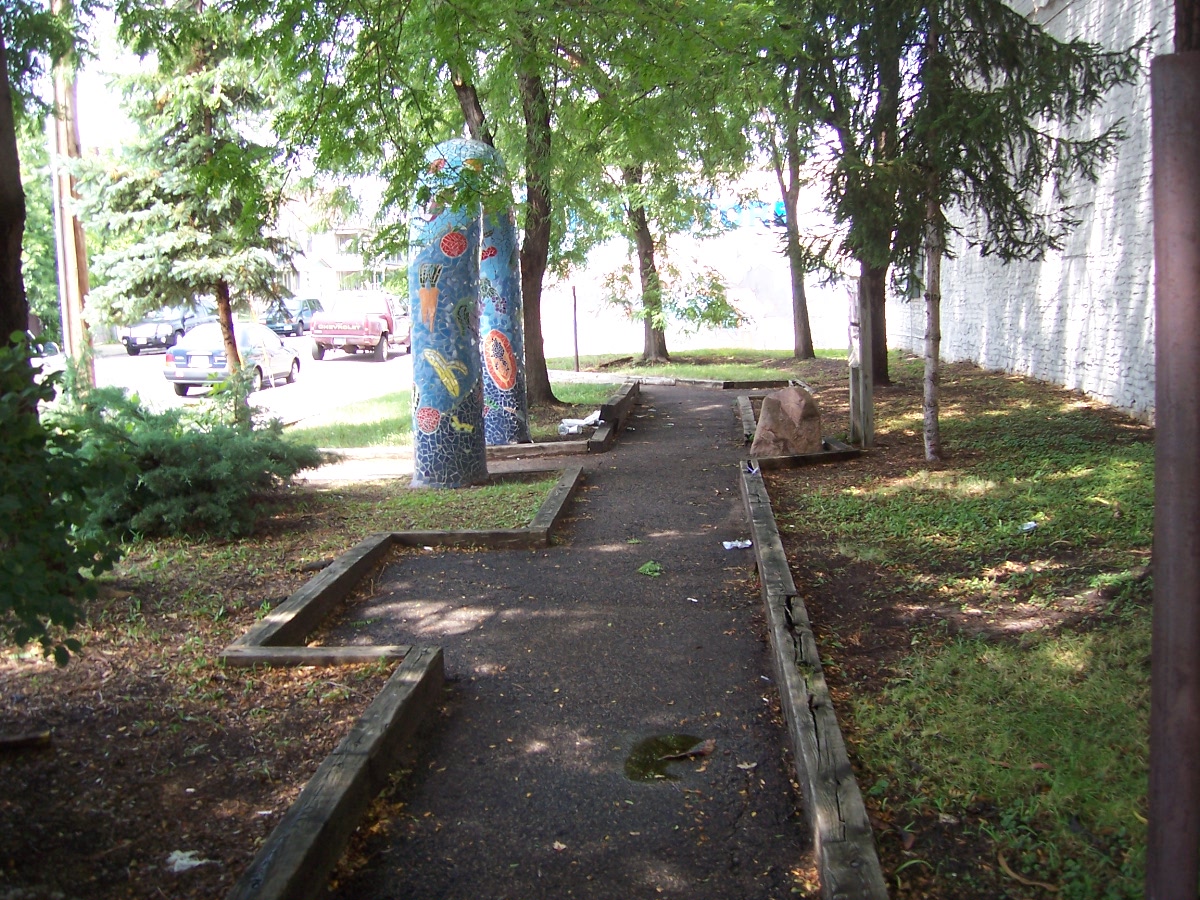 Hidden away in the corner of a local Latino grocery and restaurant stands a regal bronze statute of the Mexican revolutionary hero Emiliano Zapata. The statue, a gift to Minneapolis from the Mexican state of Morelos, awaits a move to its permanent home this November. Zapata’s statue will be the focal point of a city project to transform the northeast corner of Lake Street and 12th Avenue South into Plaza Centenario. The new plaza will serve as a public homage to Zapata, the Latino community in the Twin Cities, and the ties that bind Minneapolis to Morelos.

According to Tina Tavera, a community member serving on the Plaza Centenario committee, “In Minnesota the largest number of Latinos are Mexican, and the largest number of Mexicans are from Morelos.” The United States Census shows that the number of Latinos in Minnesota more than doubled from 1990 to 2000. The Minnesota State Demographic Center projects that this trend will continue, with the Latino population almost tripling in the next thirty years.

To recognize the relationship between Minneapolis and the Mexican state of Morelos, City Councilman Gary Schiff visited Morelos’ capital city of Cuernavaca in 2003. There he connected with government officials and extended an invitation to become Sister Cities in hopes of more formally promoting citizen diplomacy between the two cities. Later that year, Cuernavaca’s mayor visited Minneapolis to sign the official agreement. In this spirit, Morelos’ governor Marco Castillo visited in 2007 with a gift for the city of Minneapolis—a large bronze statue of Emiliano Zapata, a native of Morelos himself. 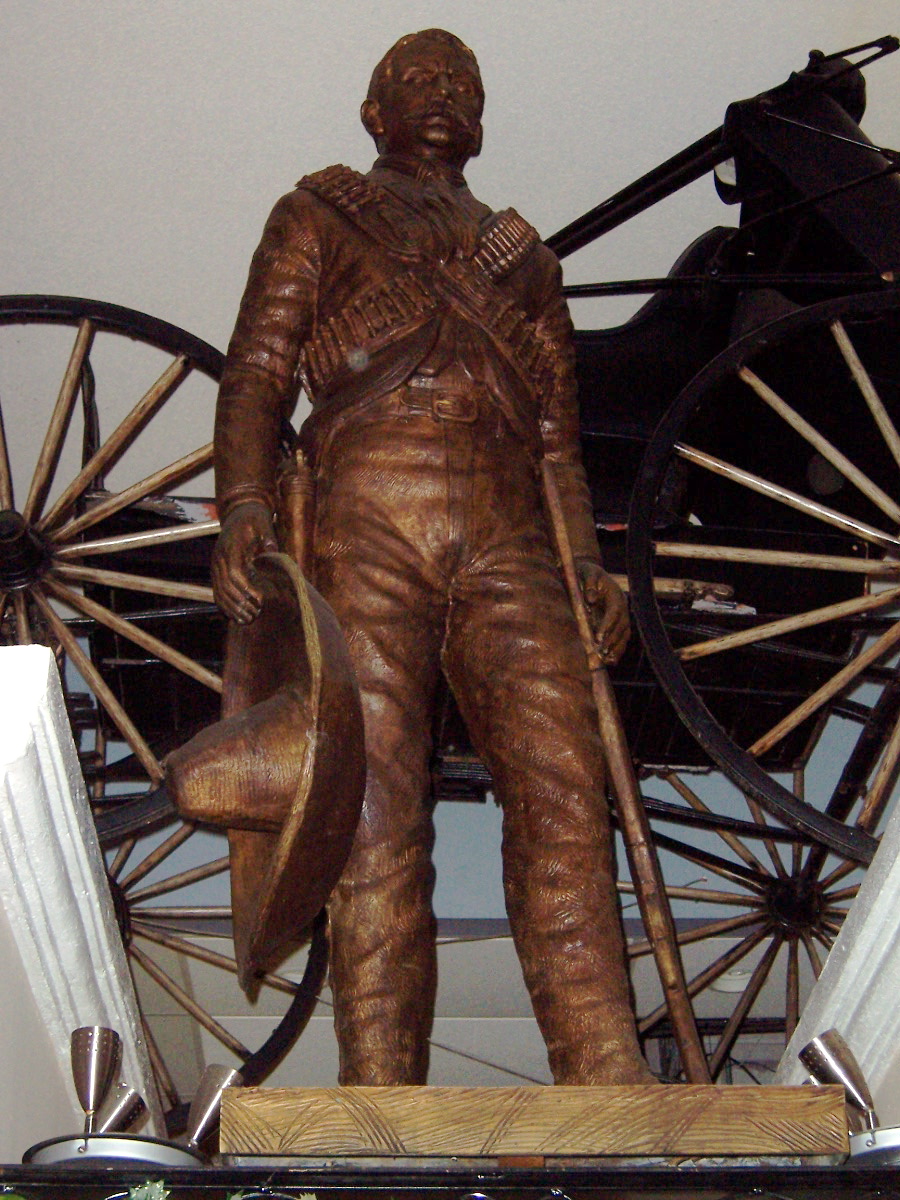 The statue’s strategic presence on Lake Street may promote a more widespread knowledge of Zapata and his role in Mexican history. One day soon, you’ll be able to stroll by and read a plaque detailing his story. In the early 1900s, Emiliano Zapata successfully mobilized groups of Mexican peasants to fight for social reforms, including a more equal distribution of farm land. Eventually, in 1914, he overthrew the country’s dictator. He continued to fight for social justice until a Mexican army colonel assassinated him in 1919. Zapata lives on as as a folk hero among many Mexicans, remembered for his commitment to improving opportunities for poor and working class people.

During the five years since Zapata’s statue arrived in Minneapolis, it has spent much of its time in La Alborada Mercado, a Mexican market on Lake and Longfellow, less than 10 blocks from the proposed Plaza Centenario. A committee of city officials and community residents formed after Morelos gifted the statue to Minneapolis. The committee agreed that Zapata should be prominently displayed somewhere near East Lake Street, the heart of the Latino community in South Minneapolis. The choices were limited because the City received the statue as a gift, and it needed to be permanently housed on public land.

Originally, the committee considered several sites, looking for a place where the statue would be highly visible and where an educational component could be included. One idea was to place the statue in Powderhorn Park. This plan led to some neighborhood residents voicing concerns over the military attire of Zapata, whose statue wears a belt of ammunition and carries a rifle. The committee then began to consider sites along Lake Street itself, though there is very little public land on this busy commercial corridor. Councilman Schiff successfully requested that Hennepin County donate the currentl- proposed site to the City of Minneapolis for the project. The committee has developed a three-phase plan to transform the space into Plaza Centenario, a public square similar to those found in cities and towns in Mexico. 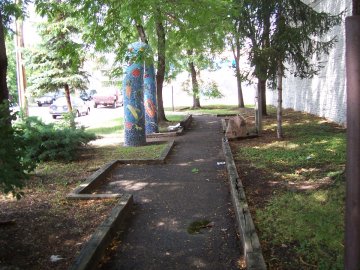 The future site of Plaza Centenario

In April, the first phase was funded by a $40,000 foundation grant to the Public Art Commission of the City of Minneapolis. It will transform the southernmost third of the plot to include the statue, its base, and lighting so that it will be illuminated at night. Community members on the committee will fundraise within the business community to complete phase two (a historical plaque on Zapata) and three (benches, landscaping, and an interactive mural project).

In Mexico, this kind of plaza becomes the center of local festivities and civic events. The committee hopes that Plaza Centenario will serve a similar function in South Minneapolis, while also educating people about Mexico’s history and cultural heritage. Scott Vreeland, the Minneapolis Parks and Recreation Commissioner for District Three, voiced an opinion shared by many working on Plaza Centenario, “I’m just so glad that Zapata has finally found a good home.”