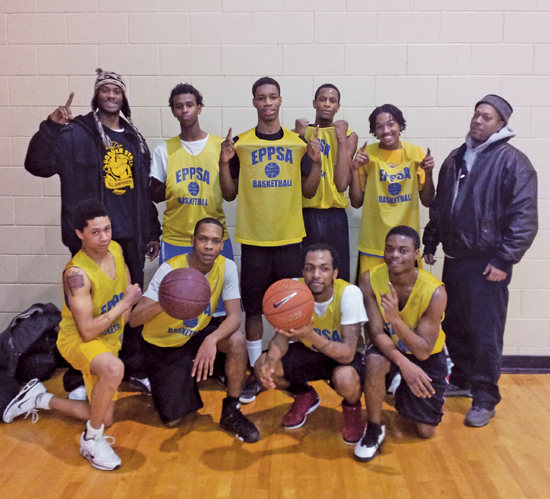 As a youth, local community leader Laverne Turner was heavily involved in organized team sports, and he remembers how positive an impact it had on him growing up. As an adult in 2003, he says he noticed there were no athletic programs for youth in his community, which motivated Turner to develop a sports program for young people in his South Minneapolis Phillips neighborhood — the East Phillips Park Sports Association (EPPSA).

To decide which type of sports team to organize, and if there would even be any interest among the kids, Turner surveyed the young people in his neighborhood to get their feedback. “Most kids wanted to play football, so I tried to put together a football team in cooperation with the Minneapolis Park and Recreation Board [MPRB] at the time,” Turner says.

The partnership lasted for a year, and he says it “had some successes. There were a lot of kids that wanted to be a part of [EPPSA]. There was a buzz in the community…but my expectations and the park board’s expectations weren’t the same.”

While Turner felt that the quality still had to be at a high level, it soon became apparent to him that having a community sports team provided more than just the opportunity to keep young people physically active. “As time went on, I noticed that doing athletics [with the youth] gave me a chance to promote other concepts, like leadership, responsibility, teamwork, discipline, [and] putting an emphasis on academic achievement,” he explains.

EPPSA even provided tutoring for a brief period. Turner says he “noticed it did make a difference.”

The experience of participating in EPPSA sports programs has had long-lasting effects on youth like 19-year-old Darrell Moore, who joined the program approximately two years ago. Moore is very grateful for the experience and what he was able to learn — both on and off the court — from Turner and Tally Washington, another coach who works with EPPSA.

“It’s been a good experience,” says Moore. “I like my coach, Laverne Turner, a lot. He showed me a lot of stuff… He broke me down, then built me [back] up, like any coach is supposed to do. [Coach] Tally [Washington] too, because he hit me up a lot outside of practice, making sure I was on my stuff. So I want to say thanks to both of them.”

Turner has some concerns about MPRB’s commitment to serving youth, particularly when it comes to providing programs for youth in poorer inner-city communities. When Turner would offer the services of EPPSA to the park board, he says that they would turn him down and tell him they already had programs for the youth.

“You [the MPRB] claim you have programming for kids,” such as football, basketball and baseball. “You claim you have all these things, but no one’s a part of it, no one sees it. So what, you got ghost teams?” Turner asks.

He also questions their desire for community involvement, stating that “they claim they want the community to be involved, but when people from the community step up…I don’t think they’re sincere, because they don’t act on it.”

After parting ways with the Minneapolis Park and Recreation Board, Turner and EPPSA no longer had access to the space and resources that came with the relationship and were forced to alter their programming, including the tutoring component. EPPSA began to organize soccer teams because of its appeal to the Latino and East African immigrant youth and lower operating expenses.

During three years of providing soccer programming, Turner again realized there was an opportunity to be a positive influence on the youth beyond the confines of sport. “I had a lot of Somalis and Hispanics that played on my teams, and initially, when we started, you could see the separation, the divide, between the communities.

“But after we played, and practiced, and lost, and won a couple of championships together, all of those superficial barriers that we thought were major differences over time diminished. They went from being someone on [the same] soccer team to saying that they were friends,” he says.

Turner then started organizing teams for the sport he calls his “first love,” basketball. His experience with organizing youth teams in football and soccer gave him the opportunity to witness first-hand the impact participating in athletics had on other aspects of young people’s lives, such as academic achievement and the development of leadership skills.

Turner realized EPPSA’s programs could benefit learning institutions that did not have any athletic programs available for their students. “I decided to take my efforts to charter schools that might want to have some type of afterschool sports program,” Turner says.

“I volunteered for a couple of schools, and I noticed the same things were happening as far as the kids’ behavior [improving] and becoming better overall students, just because they had a basketball team to be a part of that emphasized certain principles and expectations. If they wanted to play basketball, they ended up meeting those expectations.”

One of the schools where Turner volunteered his services was the Minneapolis Urban League High School, where he helped develop afterschool sports programs for students. “For most of the kids on that high school team, according to their teachers and their progress reports, they were meeting expectations; [their] grades [and] attendance improved tremendously,” explains Turner.

The team itself, after getting off to a slow start, even won the MYAS (Minnesota Youth Athletic Services) State Recreation Tournament Championship during the 2011-12 season.

Turner’s concerns regarding charter schools like the Minneapolis Urban League High School are similar to his concerns about the park board. “We won on the court, and we won off the court,” Turner says, adding that “the kids’ grades went from D’s and F’s to A’s and B’s. Attendance went from 40 percent… 90 percent” among the students who participated in EPPSA’s sports programs. “But when it came to actually investing some funds to create something stable and add to their school, they didn’t want to spend any money on it.”

EPPSA has a relationship with and has been working with the organization for the past four years. Although Turner is aware of other African American coaches having negative experiences with MYAS, he describes his relationship with them as “great.”

He says they have treated him and EPPSA with respect and have been very helpful, assisting with paying costs, providing insurance and training, and giving them opportunities to raise money through hosting tournaments. He says that MYAS is currently looking into making EPPSA a community partner.

Turner continues to work with youth independently through EPPSA and is currently working on a partnership with a professor from the University of Minnesota.

For more information on EPPSA, contact Laverne Turner at laverneturner03@yahoo.com.