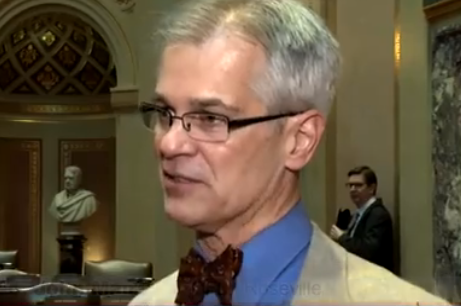 Senator John Marty explains his bill for a Minnesota ban personal products such as skin cleansers that have microbeads and microplastics. The beads, which can’t be screened out at water treatment plants make fish toxic. That’s why Illinois recently enacted a ban. A hearing on Minnesota’s proposed ban will be held Tuesday February 10, 2015. He says the bill has bipartisan support and says a ban in Minnesota will lead to a national ban.