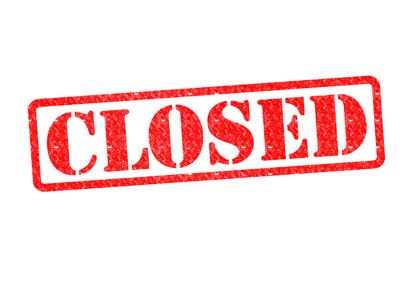 The letters arrived at the end of a busy semester, the middle of summer, and even as recently as a few weeks ago, according to the Minnesota Chapter of the Council on American-Islamic Relations (CAIR-MN). They notified Minnesota students, families, and business owners that their TCF Bank accounts would be closed. Despite the fact that none of the letters provided an explanation for the account’s closure, TCF Bank maintains that they did not discriminate against their former customers. However, all of the account holders happened to have Muslim-sounding names.

Since 2012, more than 30 bank accounts of Minnesota Muslims have been closed by TCF Bank. According to CAIR-MN, there are reports that account closures also are happening in other states.

On February 27, CAIR-MN welcomed the decision by the Minneapolis Department of Civil Rights (MDCR) to file a Director’s Charge investigating the situation. CAIR-MN hopes that the investigation will reveal why TCF Bank closed the accounts and also hopes that this policy can be changed.

In February 27 press release, CAIR-MN Civil Rights Director Saly Abd Alla said, “None of these individuals have been charged with any crimes or engaged in any transaction that violates United States law. The only thing these individuals have in common, aside from TCF abruptly and without explanation closing their bank accounts, is that they have Muslim names.”

TCF Bank sees the situation differently. Senior Vice President of Corporate Communications Mark Goldman said, “Fundamentally, TCF does not close a customer account unless it has a legitimate reason to do so.” He went on to say, “TCF has obligations under federal laws that require the bank to obtain additional information about specific account transactions for a variety of reasons, including protecting against the use of funds for illegal activities. If a customer fails to provide required information, insufficiently responds to the request or provides information that does not comply with the law, TCF is compelled to close the account. There may also be other reasons under the applicable federal laws that would leave no alternative but for TCF to close the account”

However, CAIR-MN argues that the accounts were closed without a legitimate reason. “Our clients’ accounts did not show any unusual activity and our clients never engaged in any activity that would warrant the closure of bank accounts,” Alla said.

CAIR-MN first learned of the issue in January 2013 after TCF Bank closed the accounts of about a dozen Irani students. More clients with closed accounts came to CAIR-MN in August, and Alla said they have had “many others come forward since then.”

Initially, CAIR-MN tried to work directly with TCF Bank to resolve the issue. “We provided TCF Bank with the clients’ names, and TCF Bank conducted an internal investigation but did not provide a satisfactory response as to why the accounts were closed,” Alla said. CAIR-MN decided to file a complaint with MDCR because, “An external, independent investigation was needed.”

TCF Bank argues that they cannot do anything for the people whose accounts were closed because the information provided to them by the MDCR investigation is insufficient. “Unfortunately, TCF Bank cannot respond to the allegations made by the Minneapolis Director of Civil Rights because the complaint does not identify any of the individuals or the specific facts related to their claims,” Goldman said.

The manner in which the accounts were closed also upset CAIR-MN and their clients. Although Goldman said that all of the people whose accounts were closed were approached by TCF prior to the closure, Alla claims that only one of CAIR-MN’s clients was contacted. “Only one of our current clients was offered a questionnaire to fill out, and their accounts were closed despite the fact that they provided TCF Bank with all the information they requested. The majority of our current clients never received a request for information. In fact, our clients asked their branches for questionnaires to fill out in order to keep their accounts open, and TCF Bank refused to provide a questionnaire or request for information.”

In the midst of this conflict are the people whose accounts remain closed despite the efforts of CAIR-MN. Those affected by the account closures have since been able to make other arrangements, but they faced several challenges due to TCF Bank’s actions. According to Alla, “It was a hardship to determine why they were not getting their paychecks . . . One of our clients was using his account to pay his dues on his dental license and the check bounced, causing embarrassment and issues with the licensing board. Additionally, some of our clients had business accounts with TCF Bank that were closed causing problems for their businesses. The clients were so upset by the damage that they transferred mortgages that they had with TCF Bank to other banks as well.”