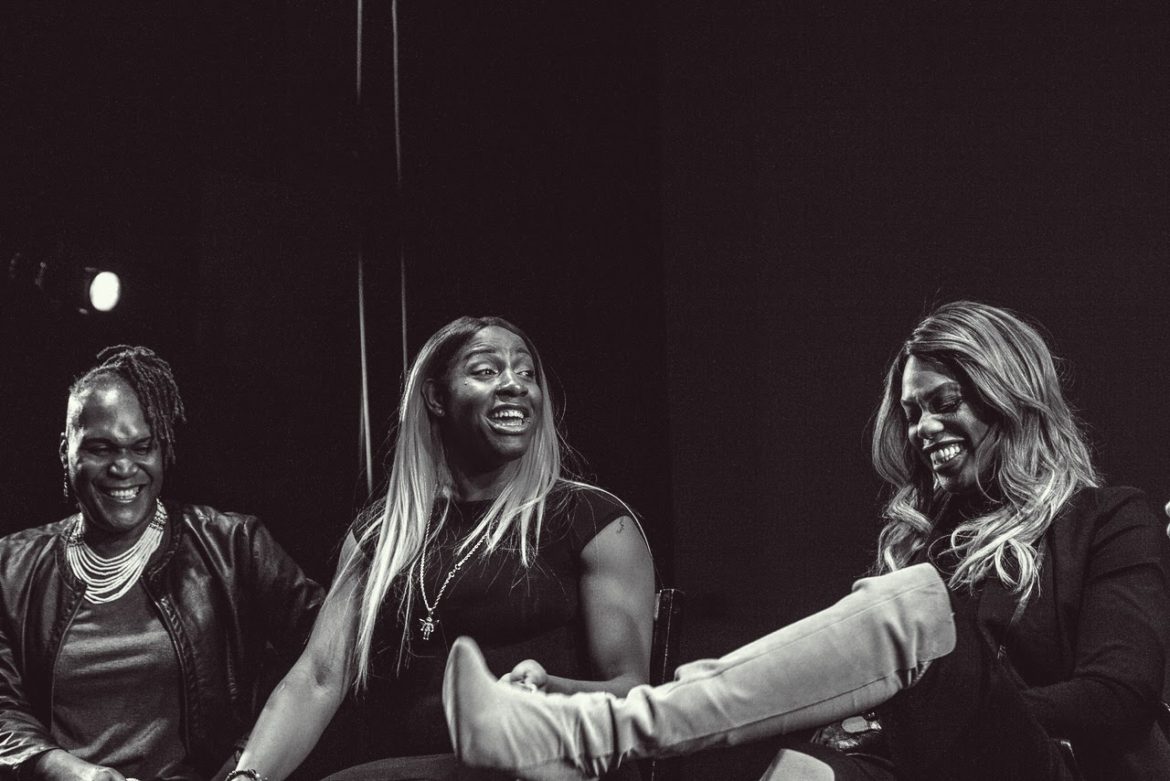 From left, Andrea Jenkins, CeCe McDonald and Laverne Cox participate in a Q+A at Intermedia Arts for a showing of the film "Free CeCe!" Photo by Sarah White Photography/Fotos for Barcelona, courtesy of Intermedia Arts.

On Oct. 28, 2016, the U.S. Supreme Court announced its decision to take on the case of Gavin Grimms, a shy 17-year-old transgender student whose use of the boy’s school bathroom outraged the small county of Gloucester, Virginia, and thrust him into the center of the fight for transgender rights.

The next day CeCe McDonald, LGBTQ activist, took the stage at Minneapolis’ Intermedia Arts to discuss the documentary about her own perilous fight titled “Free CeCe!”

“Why do I have to live a life where I have to constantly defend my right to live?” McDonald said to a mixed audience of activists, artists and educators on Oct. 29. Alongside her sat Andrea Jenkins, Laverne Cox and the documentary director Jac Gares.

Five years ago, on a warm June night, McDonald was attacked by two white men and one white woman outside of a bar while McDonald and her friends were walking to a grocery store. With a beer bottle smashed against her face and racist transphobic slurs thrown her way, McDonald, found a pair of scissors in her purse to protect herself against her attackers as they charged towards her. The coroner later identified that Dean Schmitz, one of the attackers, had a swastika tattooed on his chest and – according to his brother – also had a problem with controlling his temper. This altercation led to McDonald’s unjust imprisonment.

In the following 19 months of her sentence, McDonald slowly grew into a leader for a national campaign that not only brought awareness to her situation but also to a movement that was much broader than her – all while being behind bars in a correctional facility in St. Cloud, Minnesota.

What made McDonald’s case of self-defense against a system that privileges racist, transphobic, cis-white males important were the headlines that appeared in numerous news outlets rejecting  McDonald’s right to exist as she is – a phobia that persists even within the queer community. 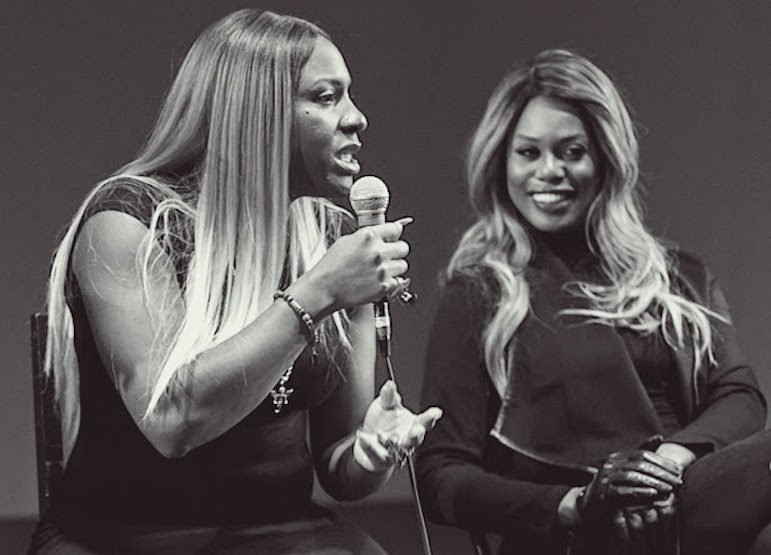 The documentary depicts how some news outlets reported what happened between McDonald and Schmitz on the night of June 5, 2011, contributing to biased narratives. Minnesota’s media and law enforcement have a sordid history of playing on the stereotypes of black bodies as inherently violent or life-threatening, despite reality or real witness account.

Notably Mike Freeman, the Hennepin County Attorney who brought about the non-indictment of Minneapolis Police Officers Mark Ringgenberg and Dustin Schwarze for the shooting death of Jamar Clark, made an appearance in the documentary. In his video statement, Freeman said that McDonald wasn’t defending herself because there existed an opportunity for her to flee the scene of her attackers. Freeman’s victim blaming elicited jeers and heckling from the audience.

In the film, McDonald describes the judiciary process of fighting for her freedom as dehumanizing – it seemed the harder she defended herself the more, she says, prosecutors tried to, “stick it [murder]” to her. At one point, McDonald was placed in solitary confinement, a practice disproportionately used on trans inmates and known to cause or exacerbate severe mental health effects. The trial took place over a yearlong process. McDonald was charged with two counts of second-degree murder which finally ended in her accepting a plea bargain that reduced her sentence to second-degree manslaughter.

The film was a project that Gares began in 2011 with the campaign to free McDonald. Cox, actress and activist, was featured in the film and shown awaiting eagerly to finally speak with McDonald who, at the time, was still serving her sentence.

”I’m really emotional about this project we are about to embark on,” Cox said in the documentary. “CeCe is someone I have thought about everyday when I showed up on set to film ‘Orange is the New Black.’ I thought about CeCe and so many women who, like her, are trans women serving in men’s prisons all across the country.”

In 2011 the National Transgender Discrimination Survey showed that 35 percent of black trans men and women were disproportionately incarcerated compared to 4 percent of white transgender people. The survey also reports that black transgender women are at a higher risk of being victims of sexual violence while incarcerated.

The Minnesota prison system not only denied McDonald the right to be incarcerated with her gender, but the only extra step they took to protect her from sexual violence was to police what she wore. They wouldn’t provide her with shorts that were given to everybody else because, according to the film, shorts “showed her shapely figure.”

The Minnesota screening of the film brought together so many of the people who advocated for McDonald’s release and supported the film project, in one room. Nimo Farah, who attended the Intermedia event in solidarity, said “Cece is an incredible light. This work chose her and she’s responded with so much grace and passion.”

Director Gares noted that this particular screening was important because there are deep emotions attached to it.

“This is where it all happened, in a town that has a story as big as this – it deserves to be told,” Gares said.

Denisha Motley, who beautifully serenaded the audience along with Adja Gildersleve before the panel, said, “The film touched me on another level that it hadn’t before and I think seeing Cece here in the audience also makes the atmosphere more overwhelming.”

As the film drew to a close and the crowd remained in an absolute amazed silence, McDonald stepped down into the stage and received a standing ovation. There she was, the girl who lived. 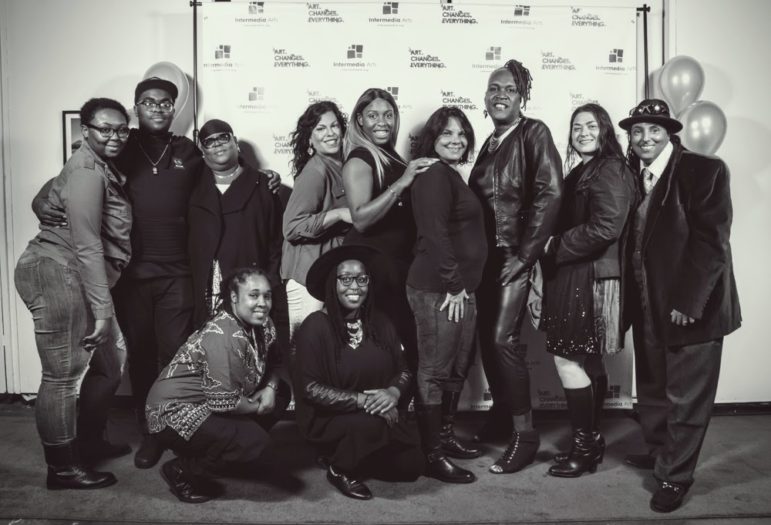 Performers, filmmakers and activists involved in the creation of “Free CeCe!” pose together at Intermedia Arts on Oct. 29, 2016. Photo by Sally Nixon.