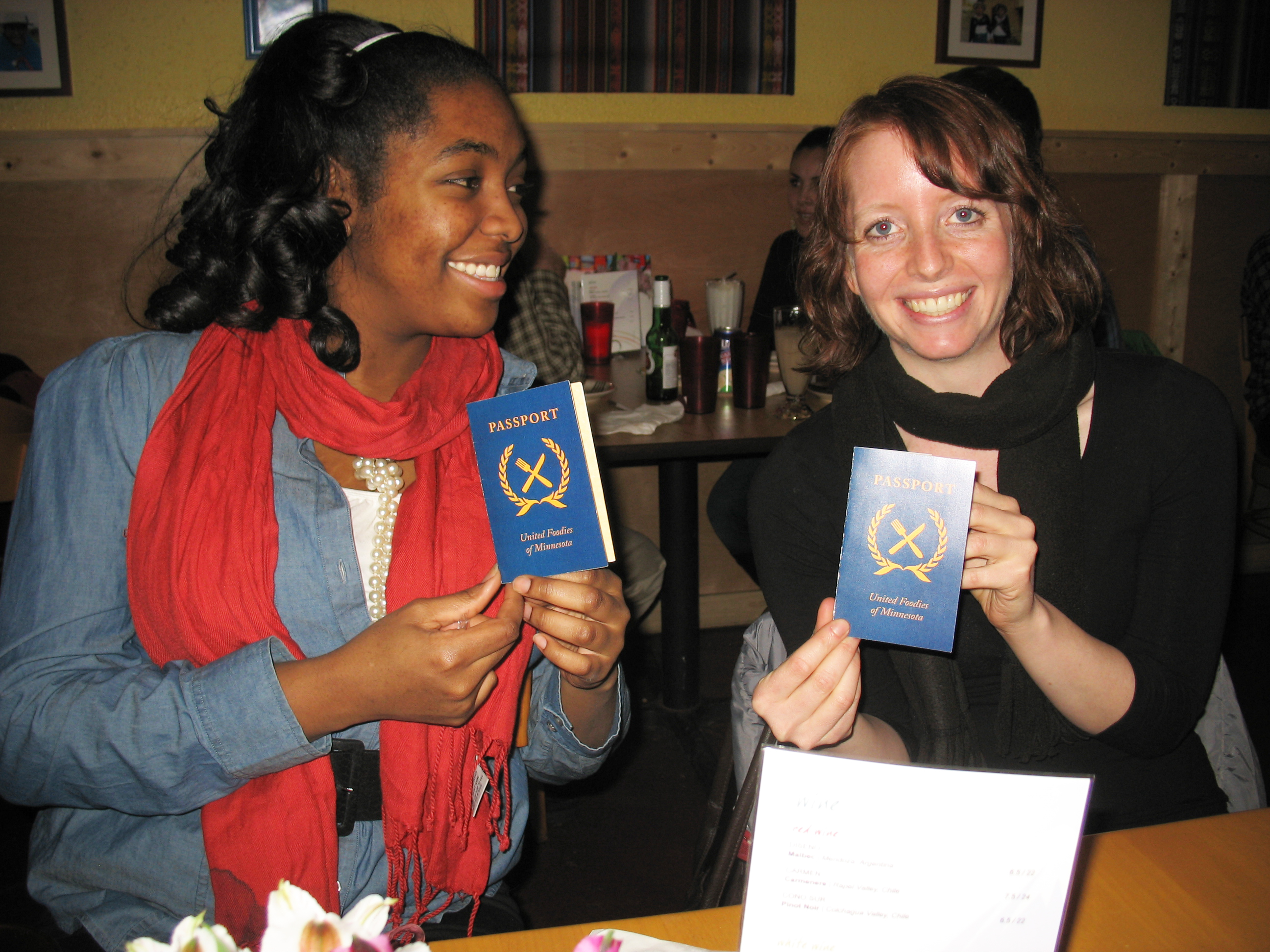 Welcome to the second stop on our Around the World in the Twin Cities tour! From Mexico, we head down to Ecuador to try llapingachos, ceviche, and encocado at Chimborazo.

Llapingachos (pronounced ya-ping-ga-chos), or potato pancakes stuffed with cheese, are one of the most famous Ecuadorian dishes and are representative of the highlands region, where Chimborazo owner/chef Marcos Pinguil was born. The llapingachos con chorizo are Pinguil’s personal favorite on the menu. These potato pancakes are served with rice, chorizo, fried egg, and peanut sauce, but you can also get llapingachos as an appetizer or side dish.

While many people associate potatoes with Irish fare, the first potatoes were actually cultivated by the Inca people in South America. Archaeologists have found potato remains in Peru and Chile that date back to 500 B.C.E. Actually, the word “potato” itself is thought to have been derived from a Spanish blending of the Quechua word “papa” and the Taino (indigenous peoples of the Bahamas, Antilles, and Lesser Antilles) word “batata.”

Quechua is the Inca language, and it’s still spoken by 16 percent of Peru’s population. In fact, Spanish is actually Pinguil’s second language. Pinguil’s restaurant is named after an inactive volcano and the highest mountain in Ecuador, Chimborazo, which some people think means “on the other side” in Quechua. According to local legend, Chimborazo represents Taita (Father) and the neighboring Tungurahua volcano is Mama. 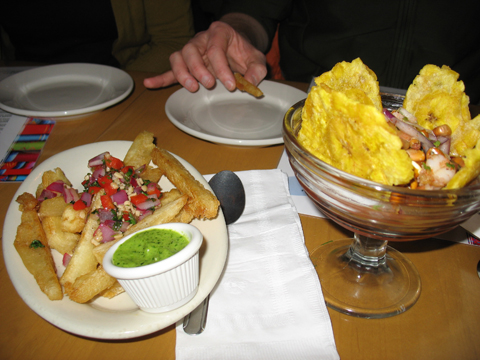 From the highlands of Cañar, Sierra, our meal moved to the tropical coast, where Pinguil learned at a young age to prepare dishes like ceviche and encocado. Ceviche is typically fish or shrimp marinated in a citrus juices and spiced with chili peppers. At Chimborazo, the ceviche de camaron is served with red onion, tomato, lime, tostados, and patacones (fried green plantain patties). The hearty and rich shrimp encocado (“in coconut sauce”) was my favorite part of the meal, and proved perfect for a cold Minnesota day.

Although Pinguil has a few members of the Ecuadorian community who come in once in awhile to relish authentic food from their homeland, for many of his customers, it’s their first time experiencing Ecuadorian cuisine. Before starting Chimborazo on April 23, 2009, Pinguil worked at a couple of other restaurants.

“I started it because there wasn’t a lot of South American restaurants in Minnesota,” Pinguil said. “I’m from the highlands and I try to make authentic foods from the country. I’m so happy to serve the customers in this neighborhood…It surprised me that Minnesota people love my food.” 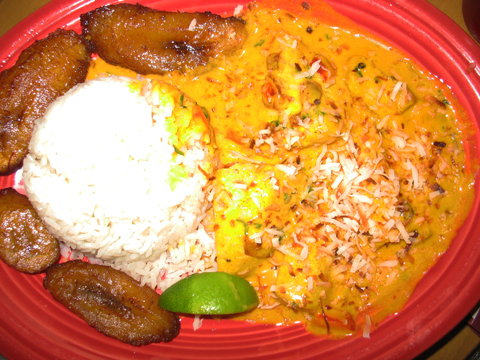 On Thursdays, Chimborazo introduces many Minnesotans to Ecuadorian music as well. Pinguil’s friends in the St. Paul band Ecuador Manta add to the atmosphere of the restaurant by blending traditional flute and guitar sounds of the Andes with more contemporary Latin and Caribbean rhythms. The walls are also decorated with traditional Otavaleño textiles from the Otavalo valley in Imbabura province of northern Ecuador.

Overall, our stop in Ecuador proved both delicious and educational as we learned about the many indigenous cultures of Ecuador and the Andean highlands. Next stop on our tour? Brazil! If you’re interested in joining the tour, please let me know. 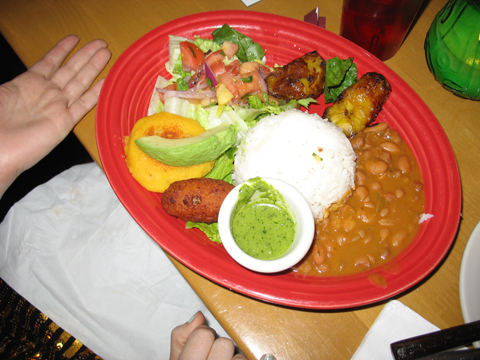 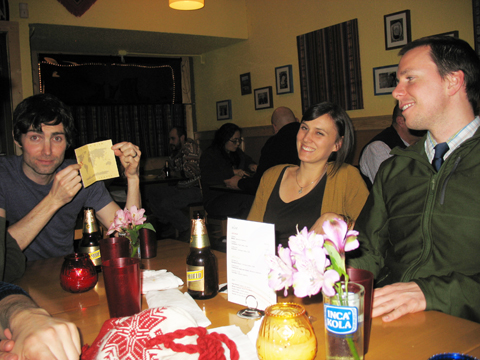 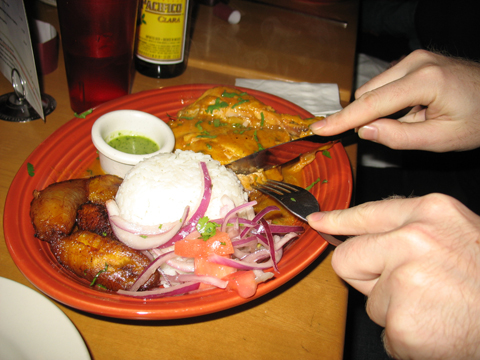