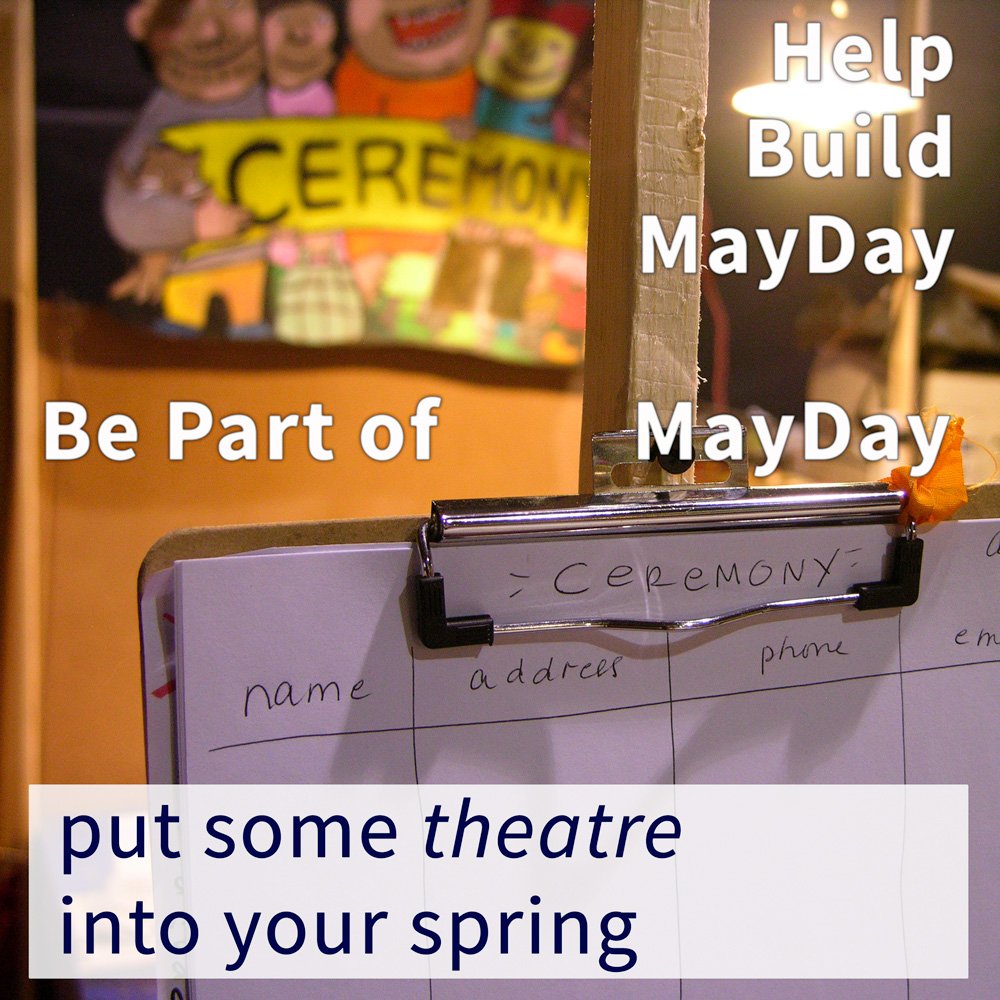 The theatre was buzzing on Saturday morning. All the images here are from Saturday April 11, 2015.

The Avalon Theatre is open to the Public for the free Public Workshops. Tuesday and Thursday evenings from 7 pm to 9 pm.  Saturday Morning 9 – 11, and Saturday Afternoon 1–3.

They want people, to be in the Parade and be in the Ceremony, or both. You already pass the audition, come and discuss your part. In addition, there are many tasks for volunteers who wish to stay away from actual performance art. You can contribute; MayDay is made by people such as yourself,  preforming activities with others.

Cardboard is sought (imagine a wall built of cardboard stretched along the shore of Powderhorn Lake! Think Theatre!, Think painted cardboard and actors of all ages and abilities swirling a parable in a Park). Cardboard helps the illusion immensely. 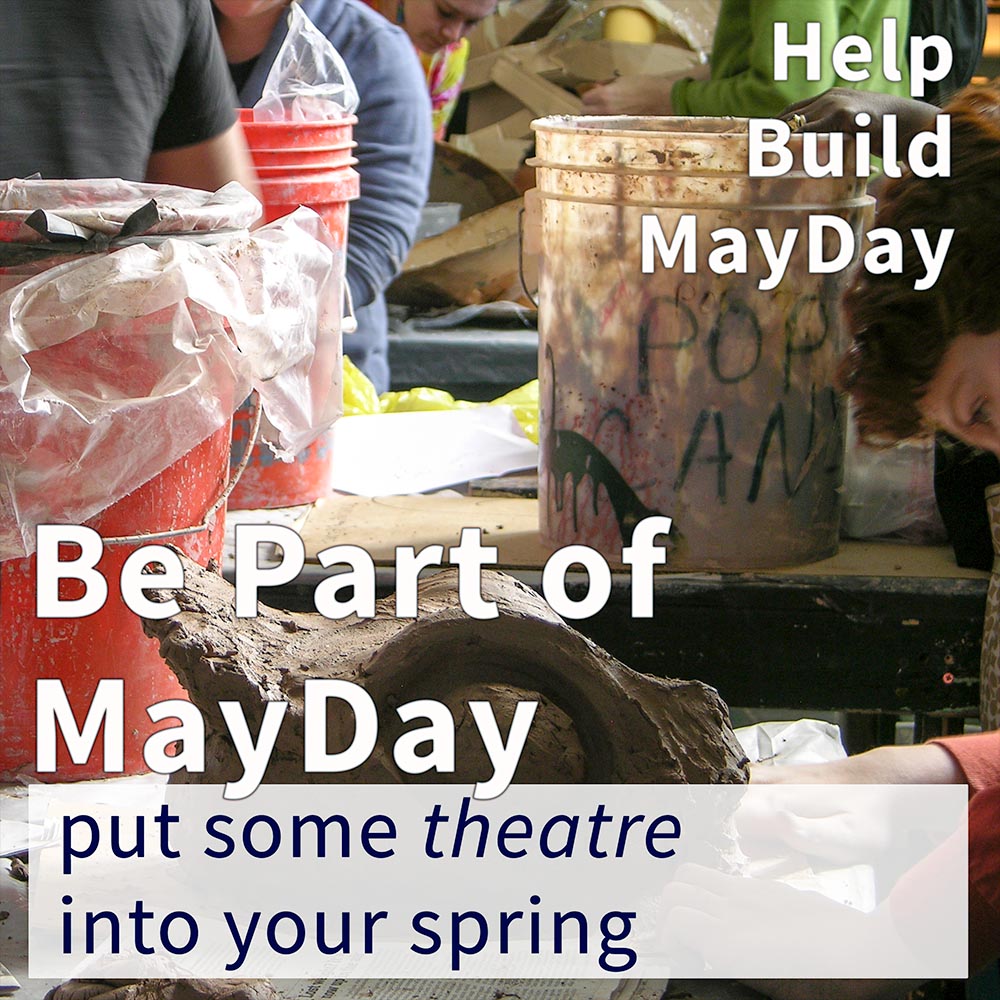 learn how to make masks 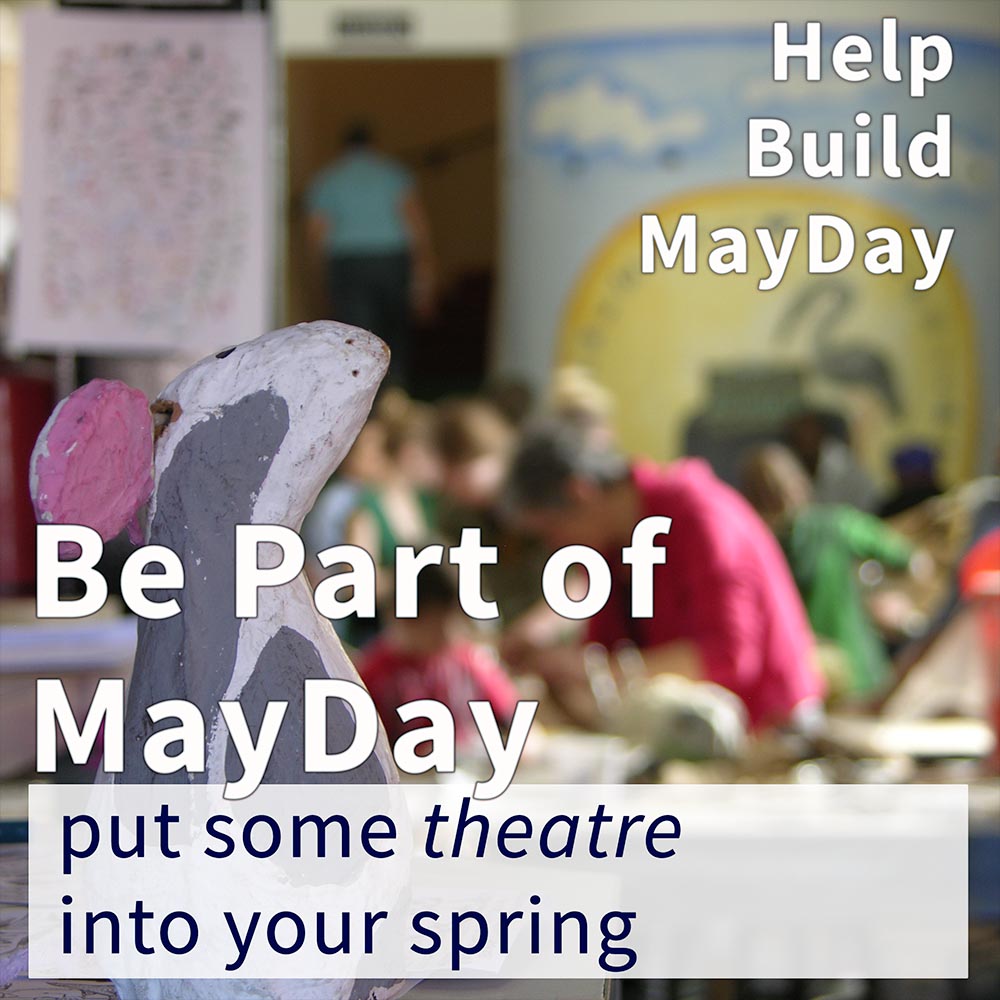 little things are BIG at MayDay 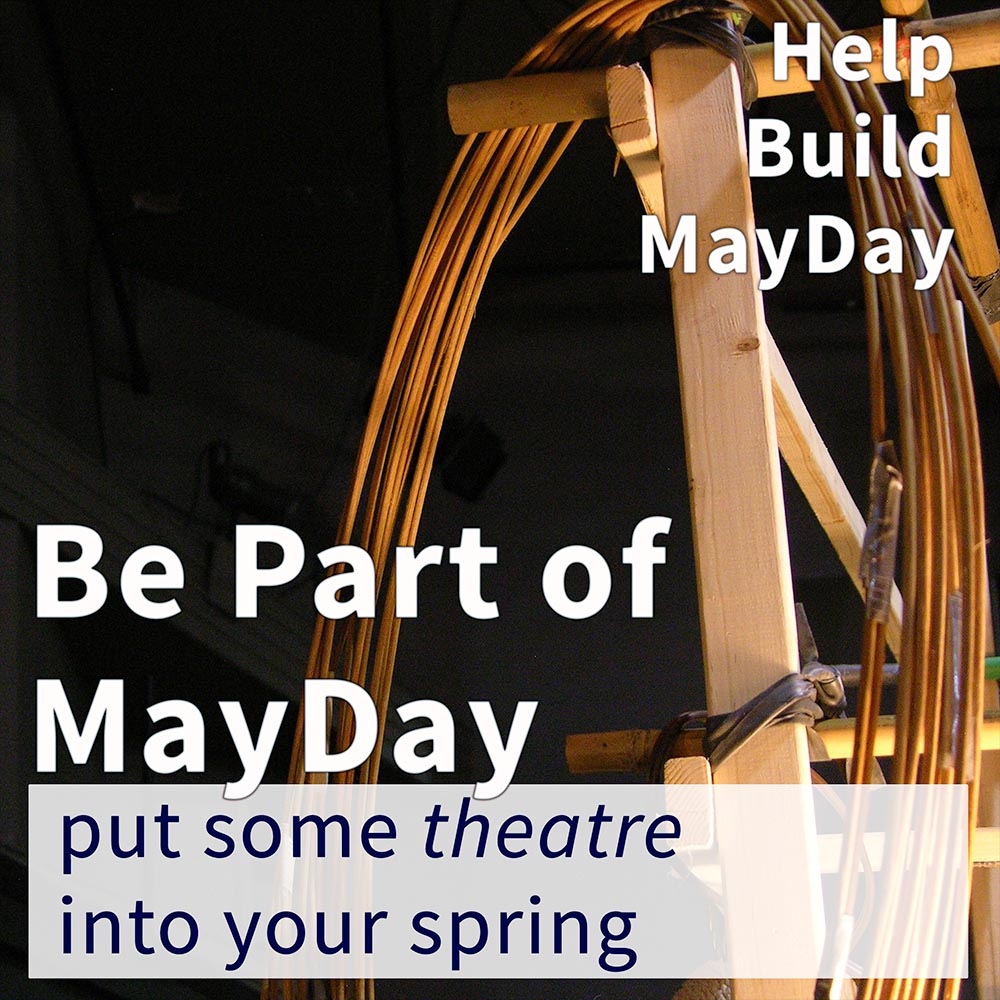 Most of these images (no text overlays) may be found for use on my flickr account, free use  for promotion, older MayDay material there too 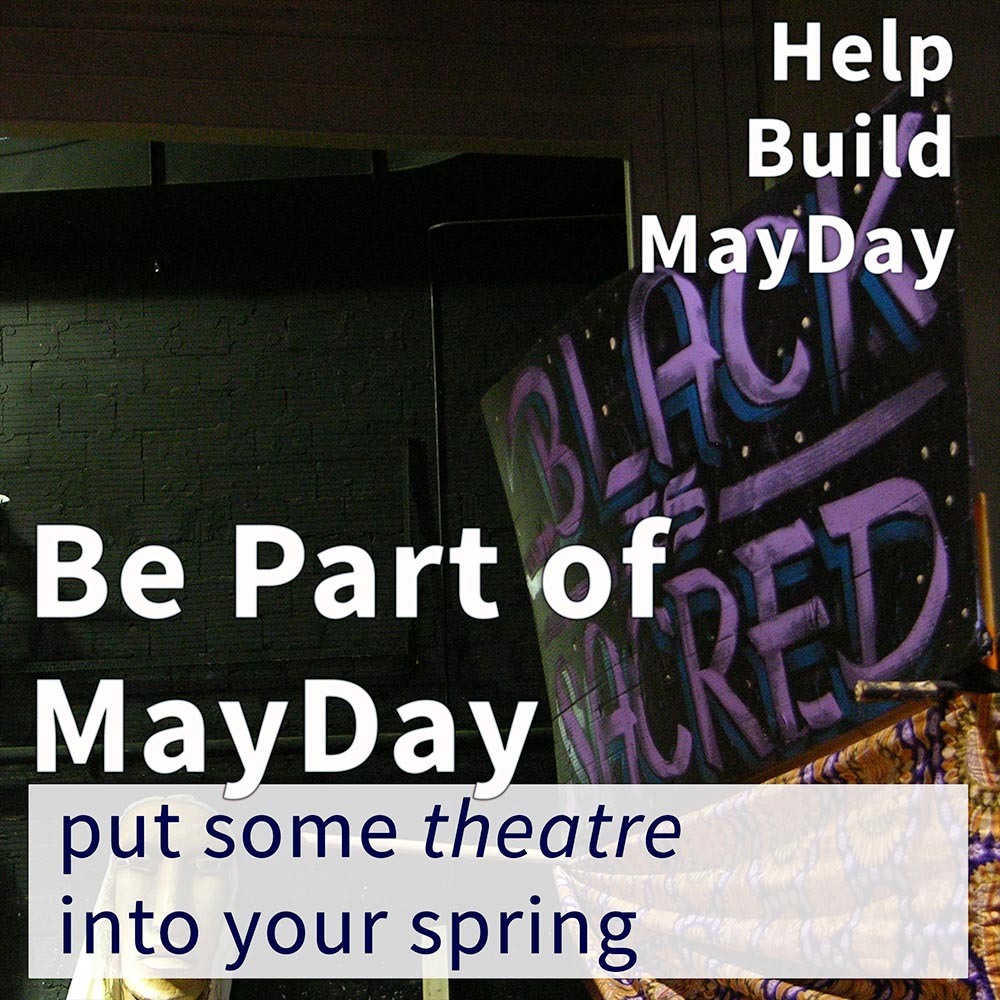 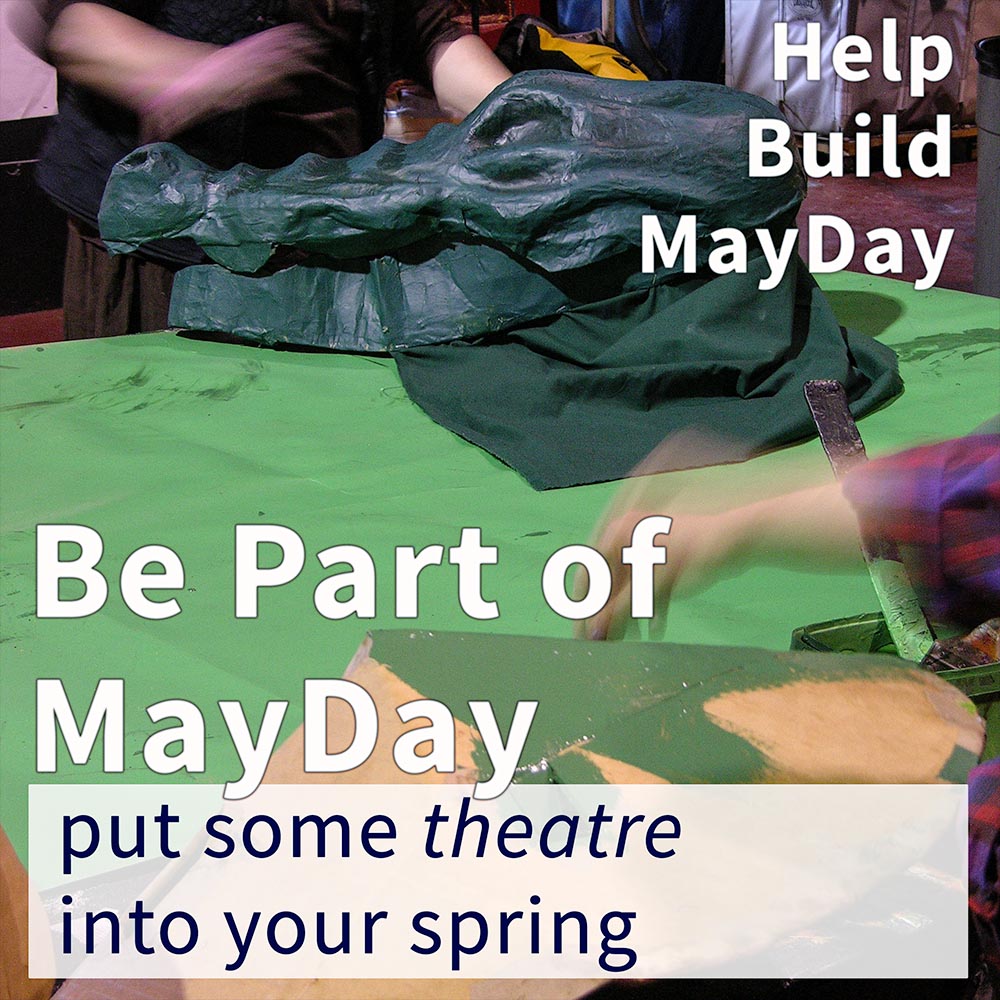 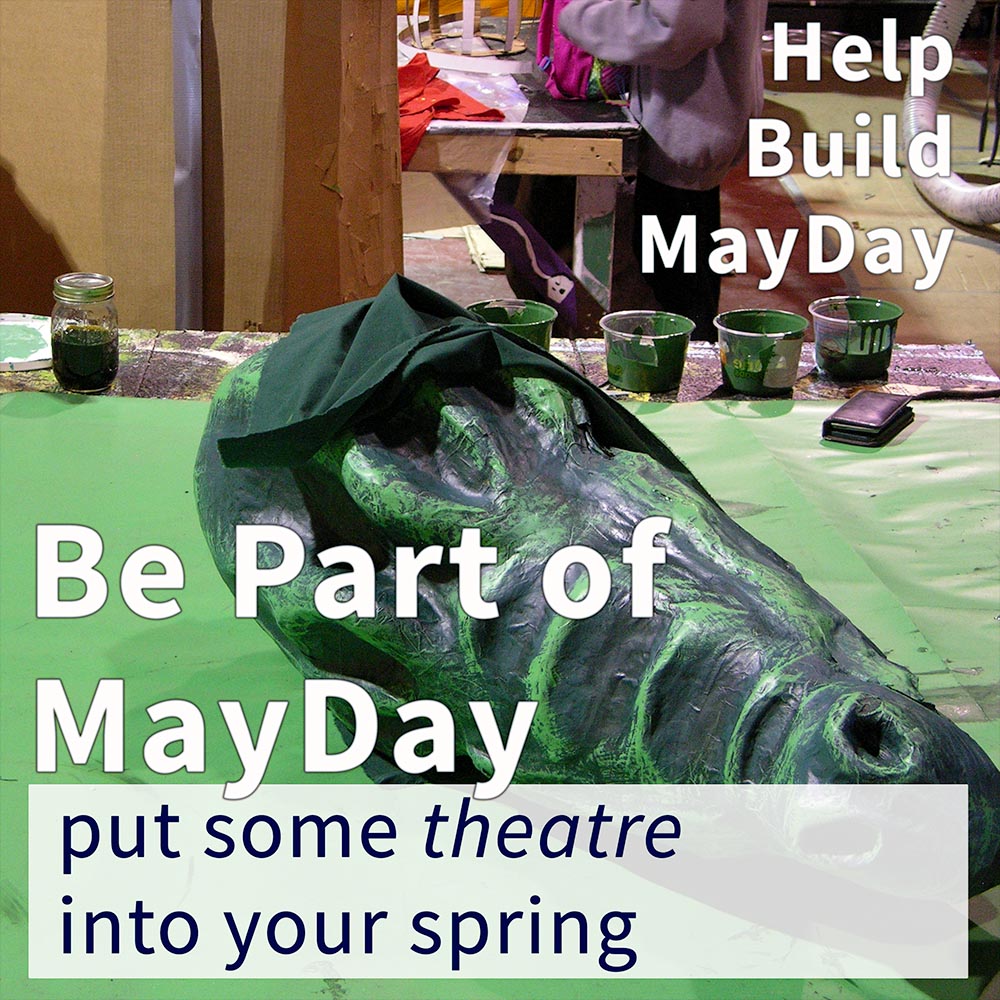 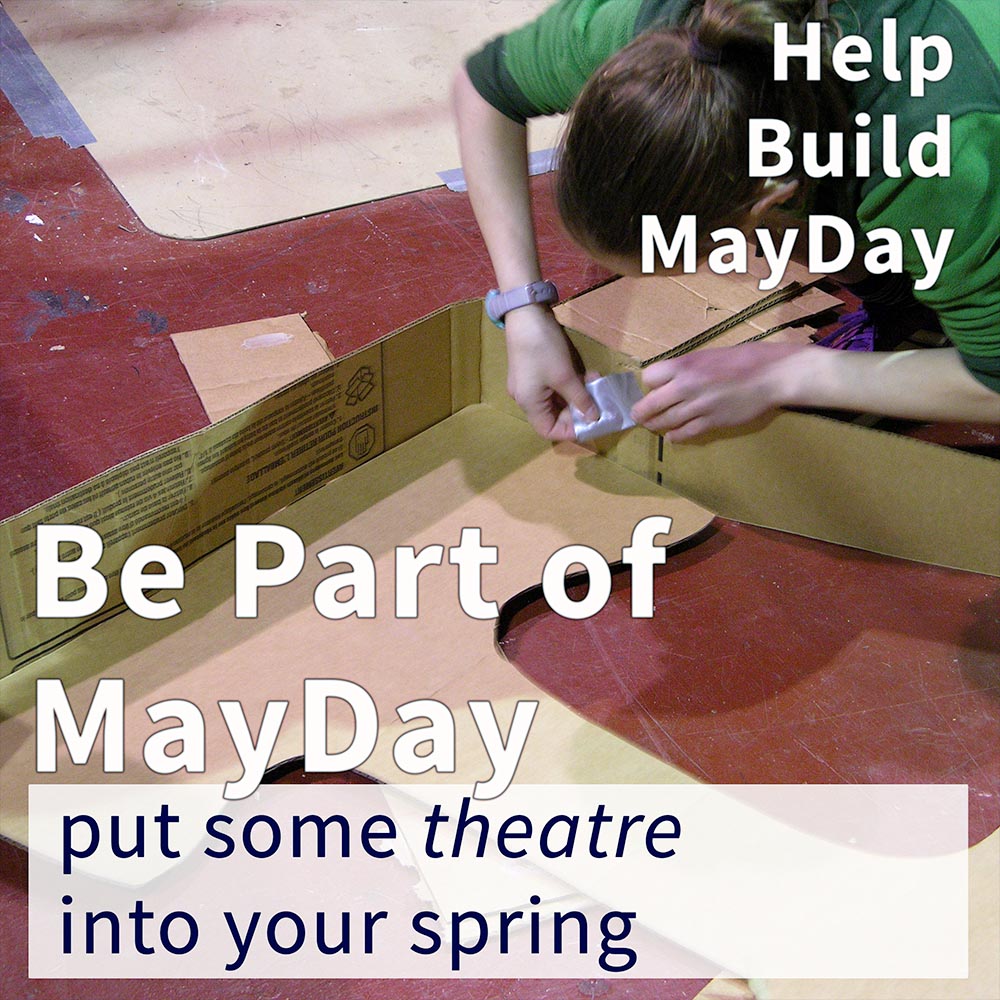 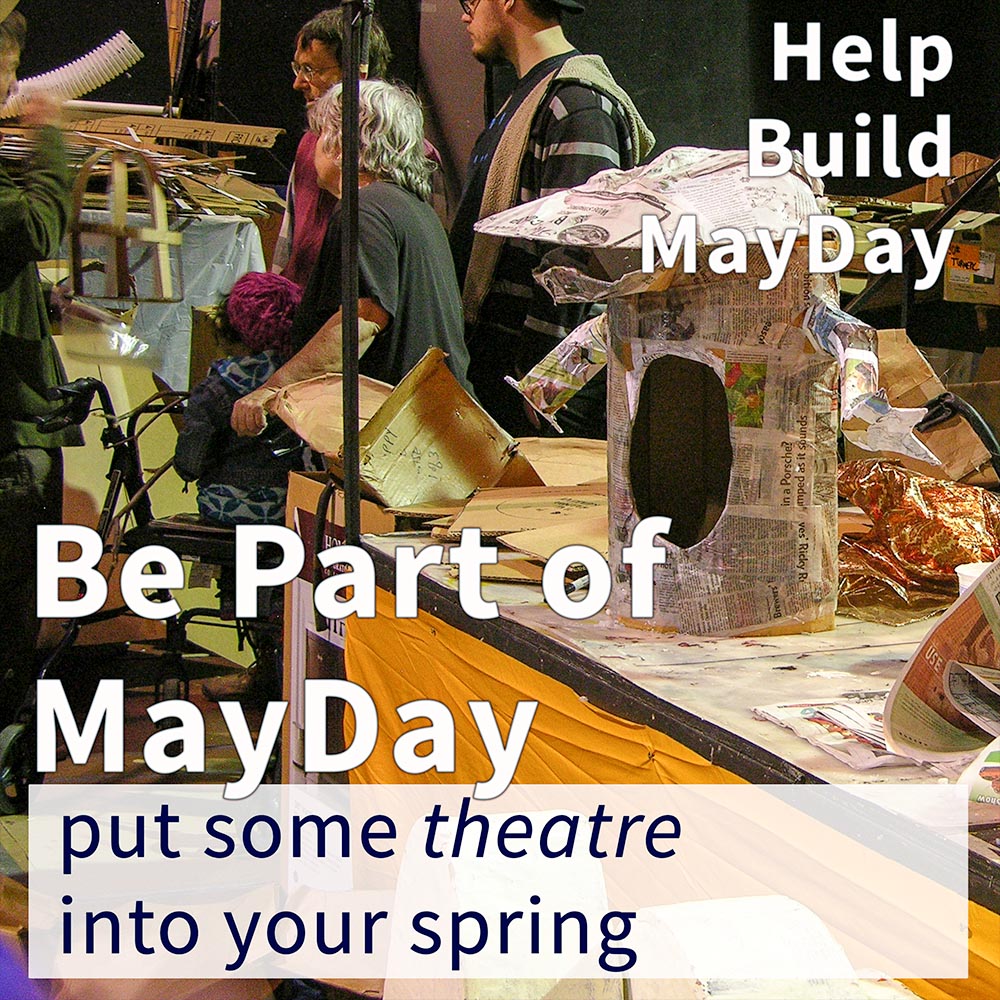 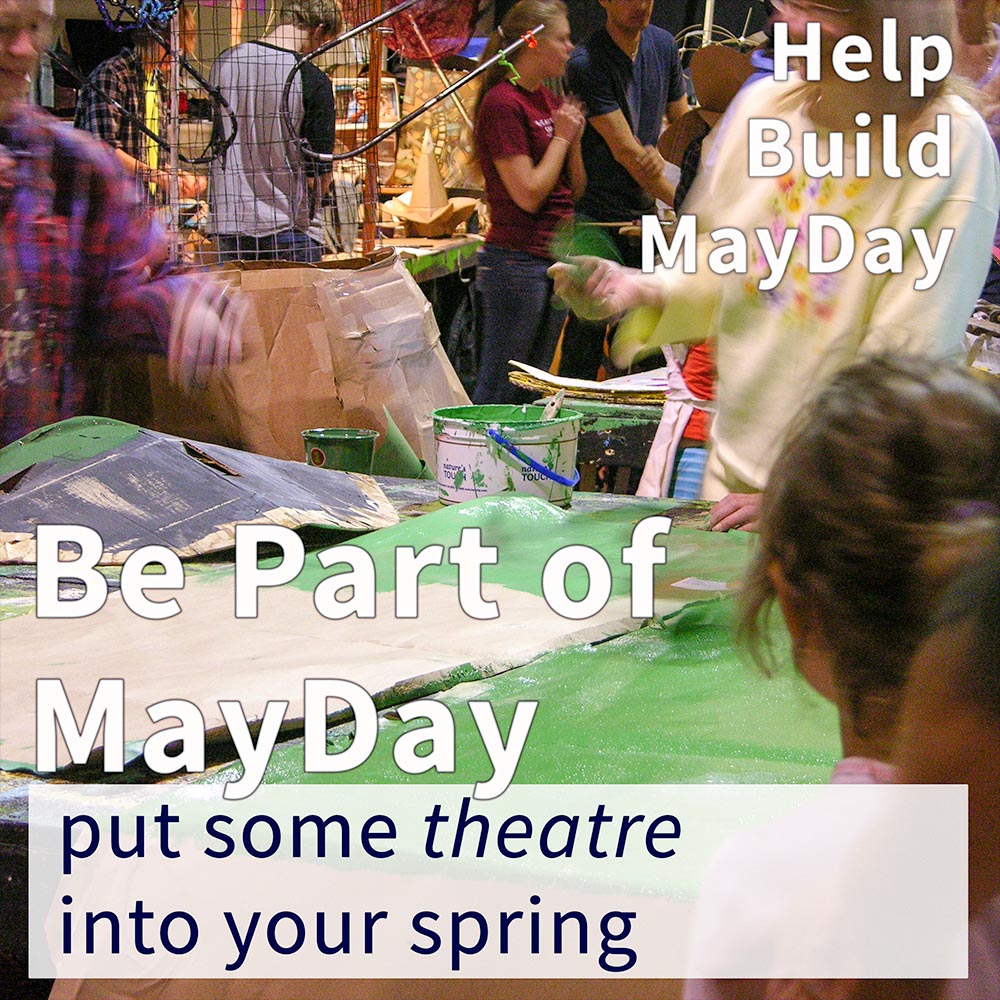 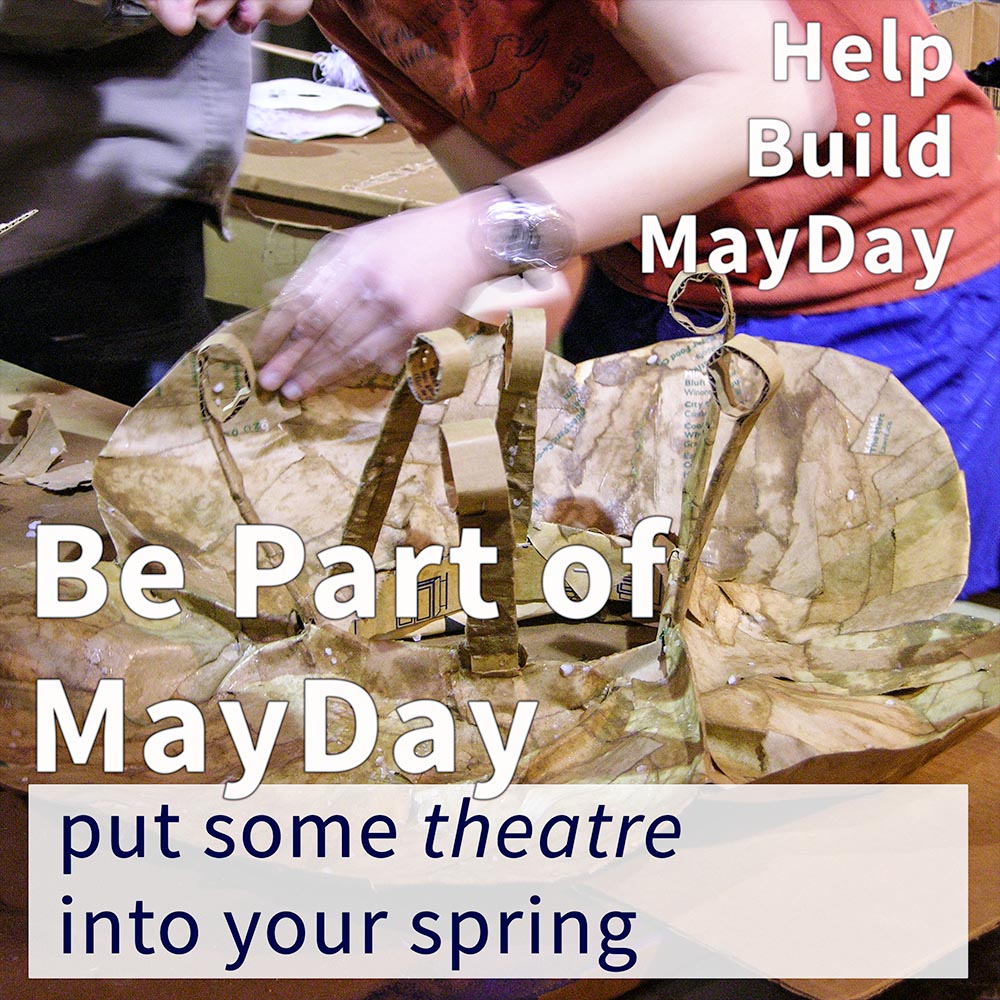 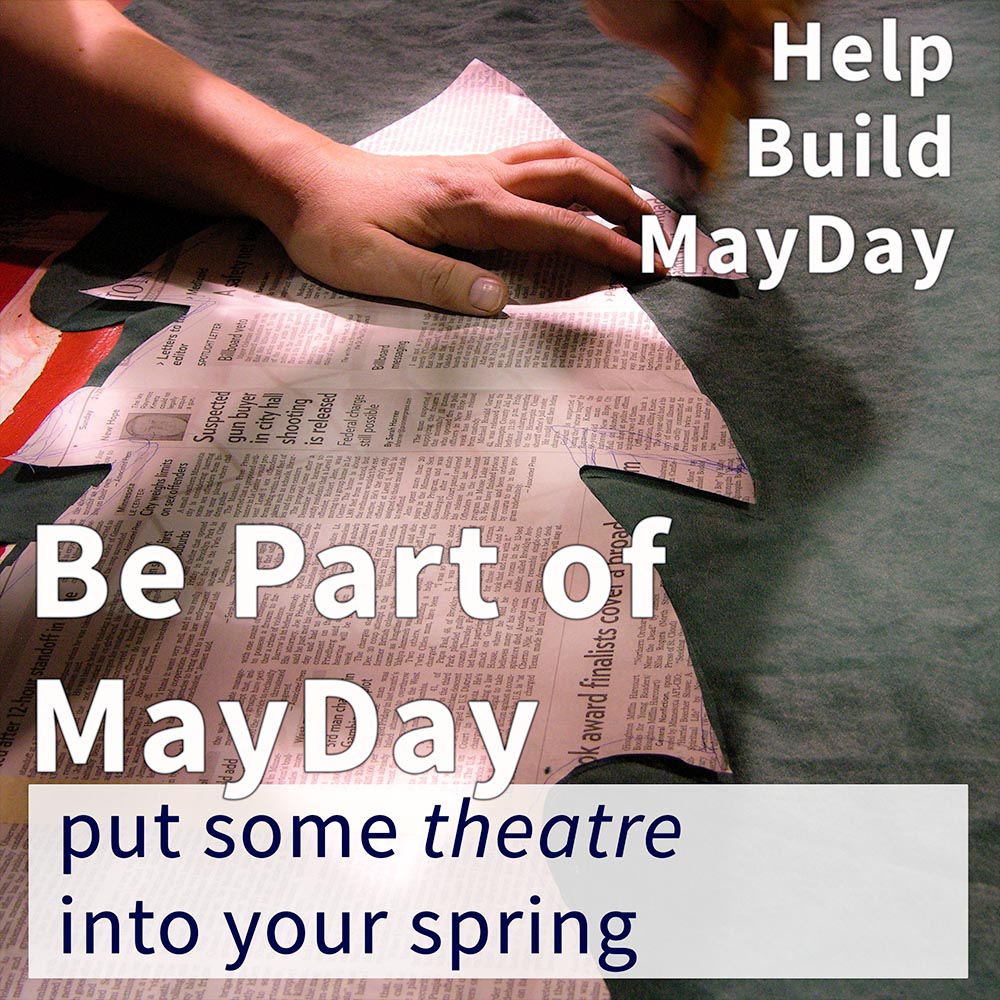 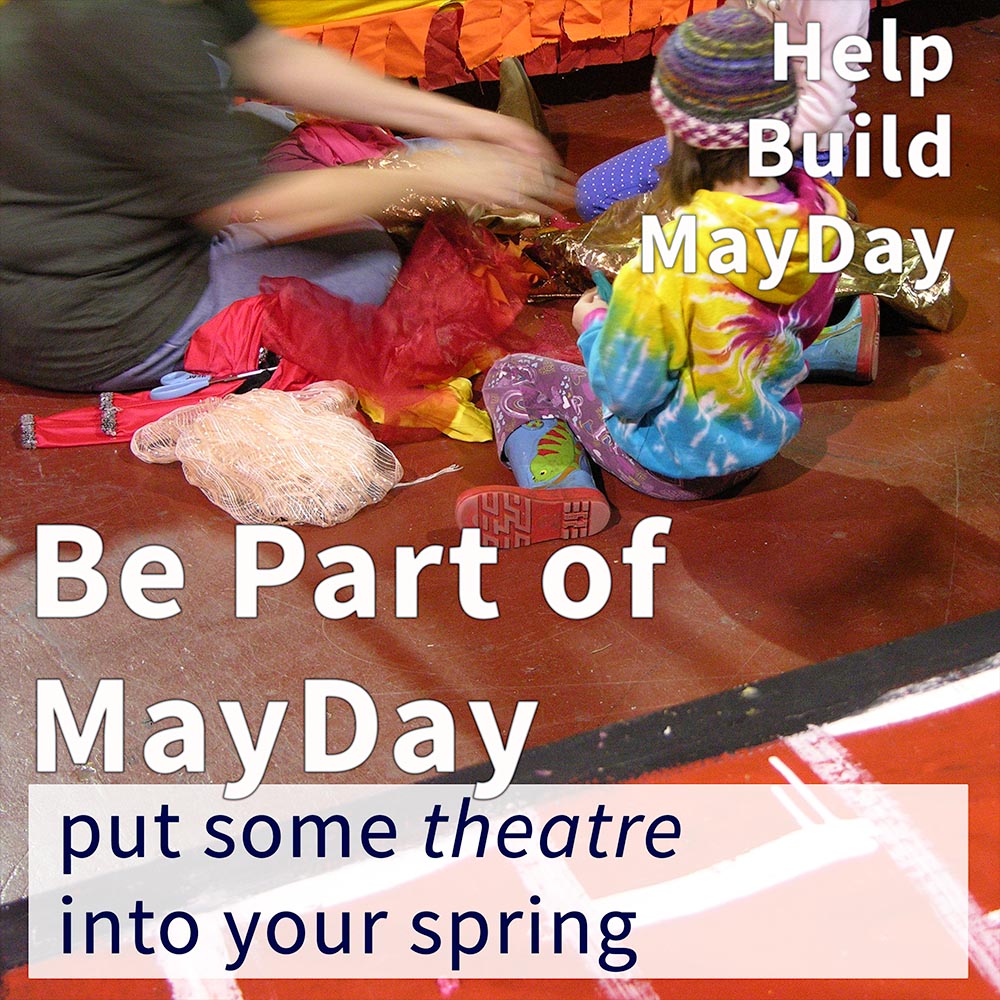 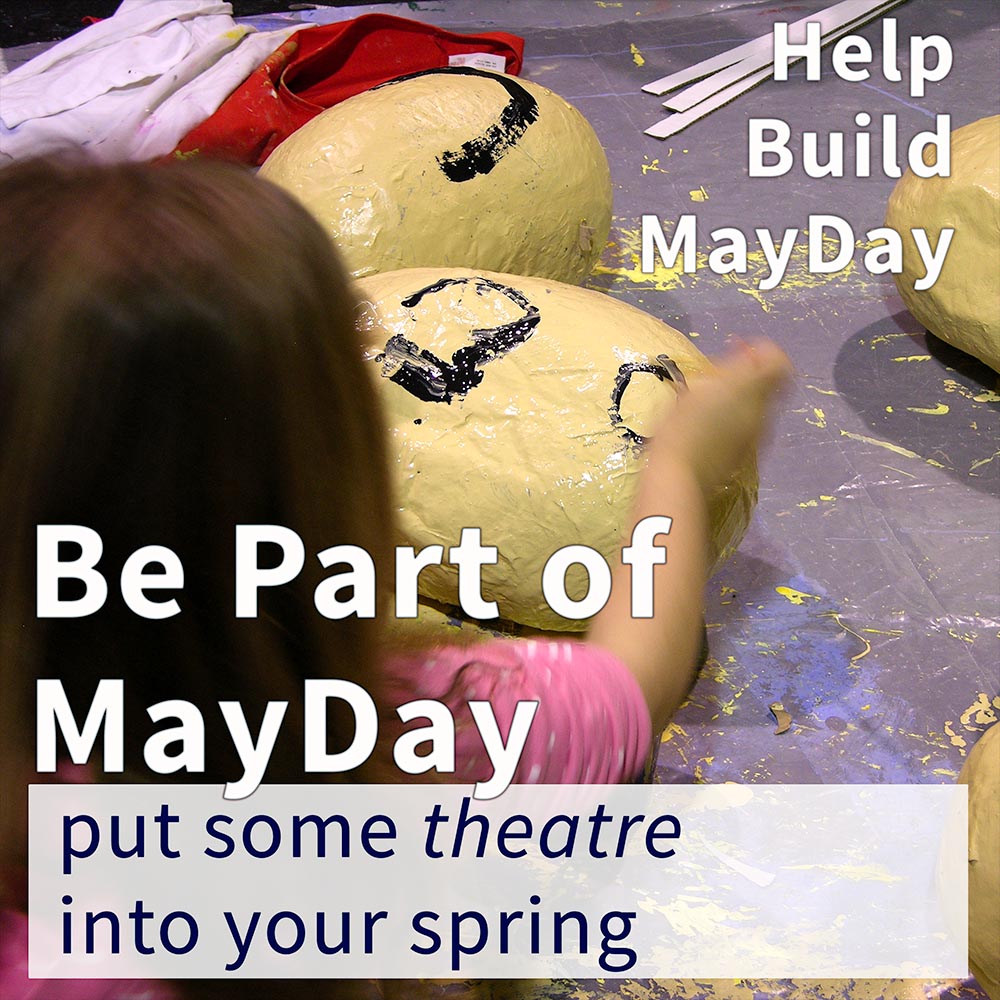 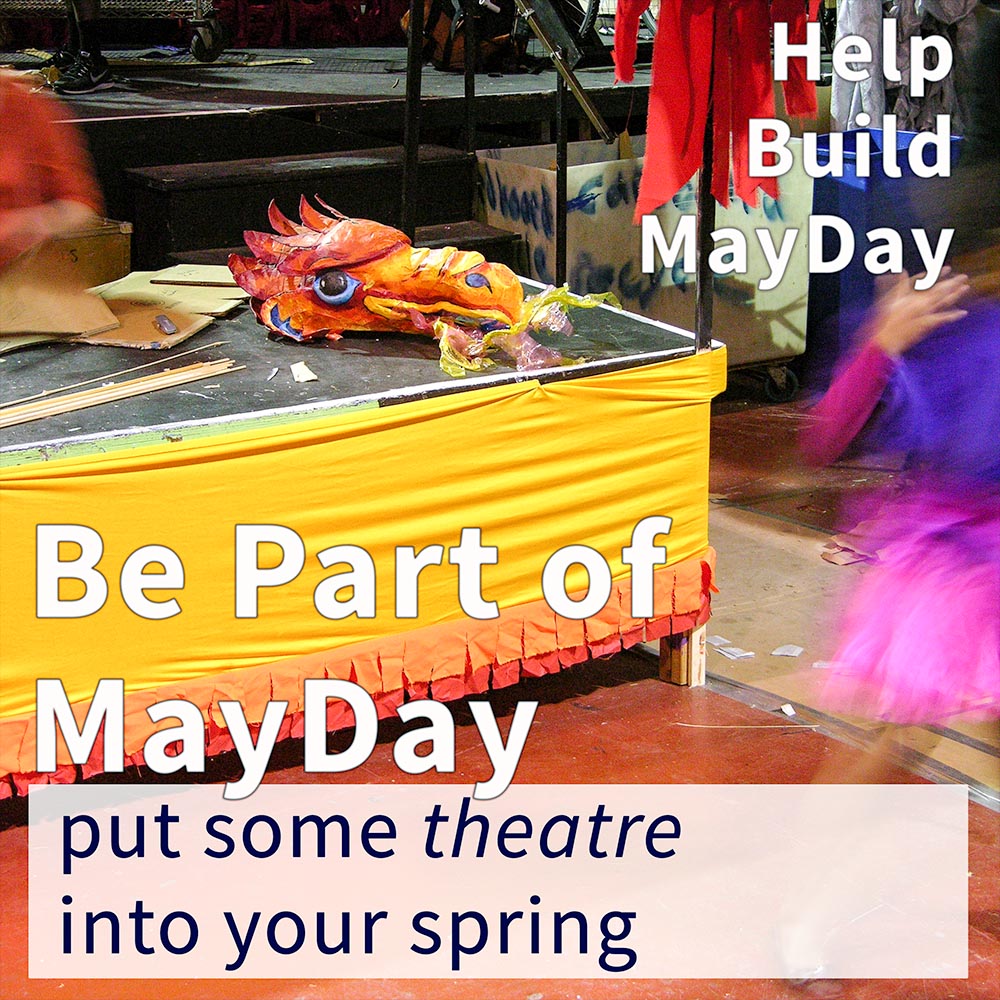 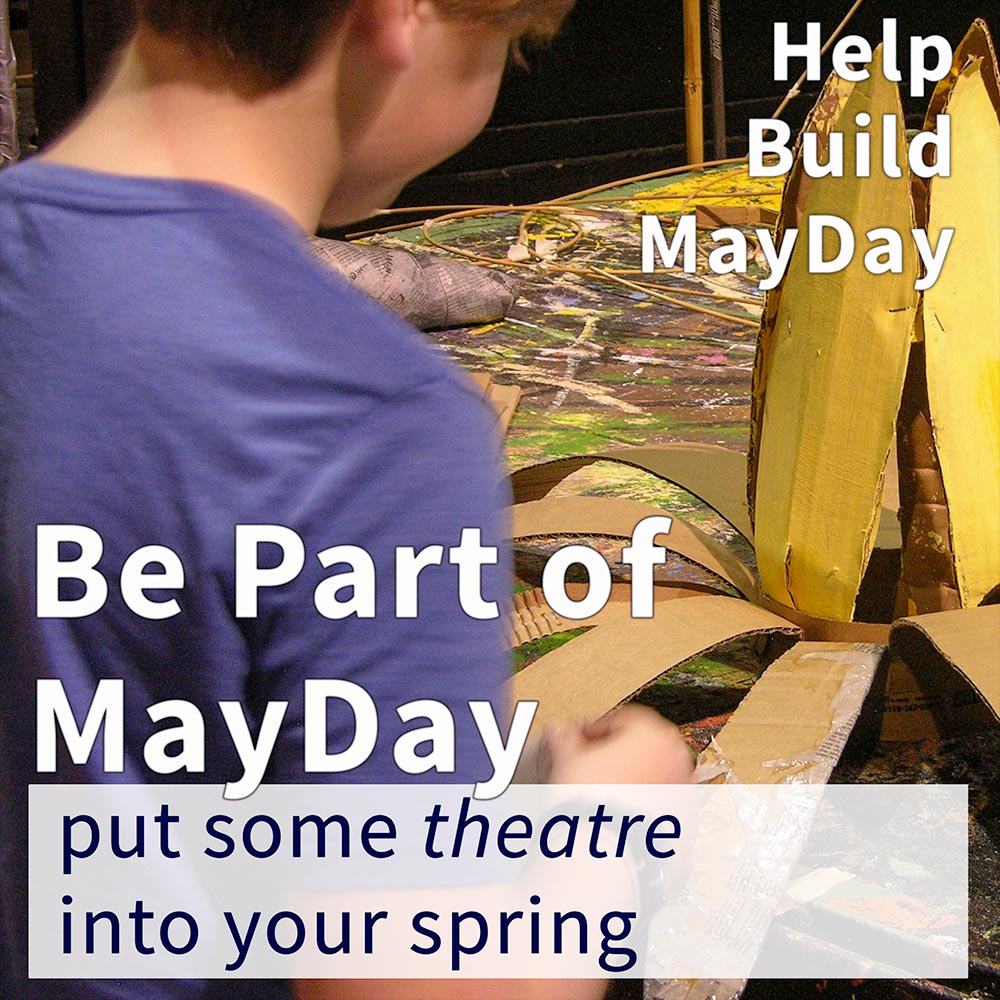 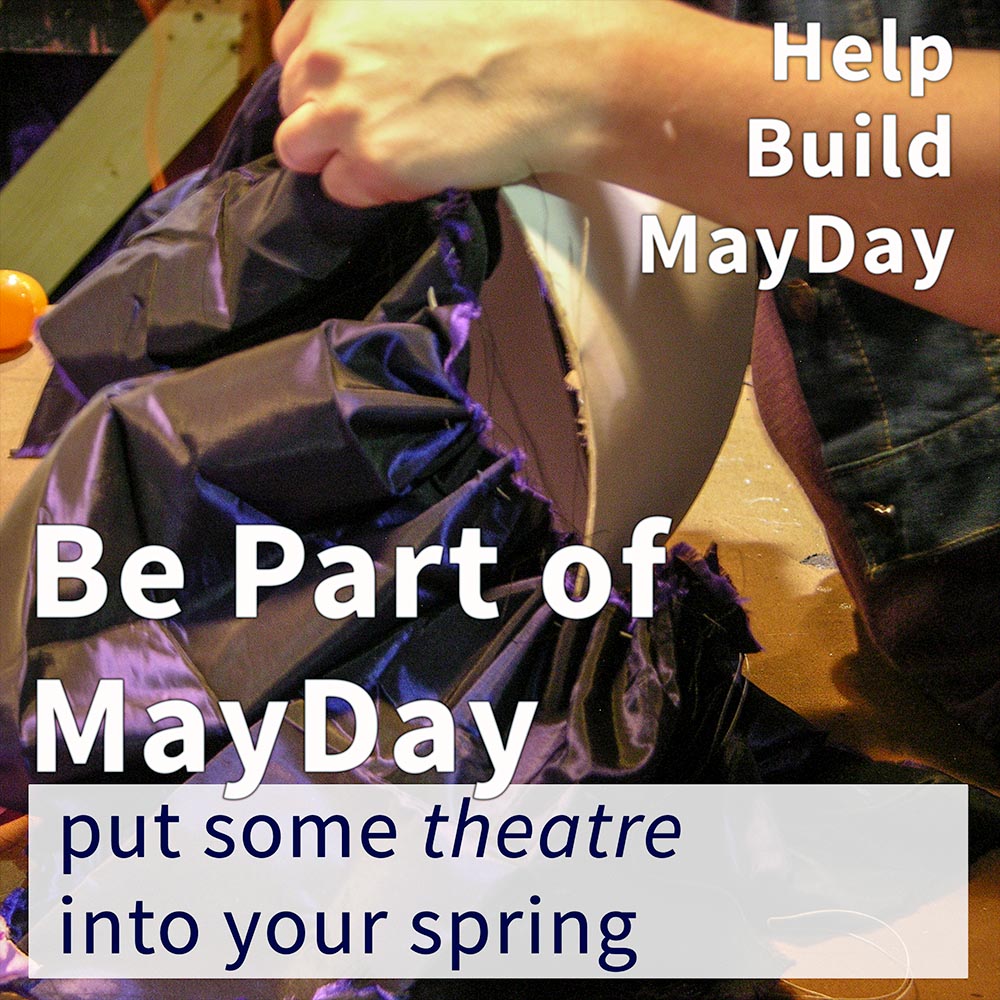 Making thread for the flounce MayDay 2015 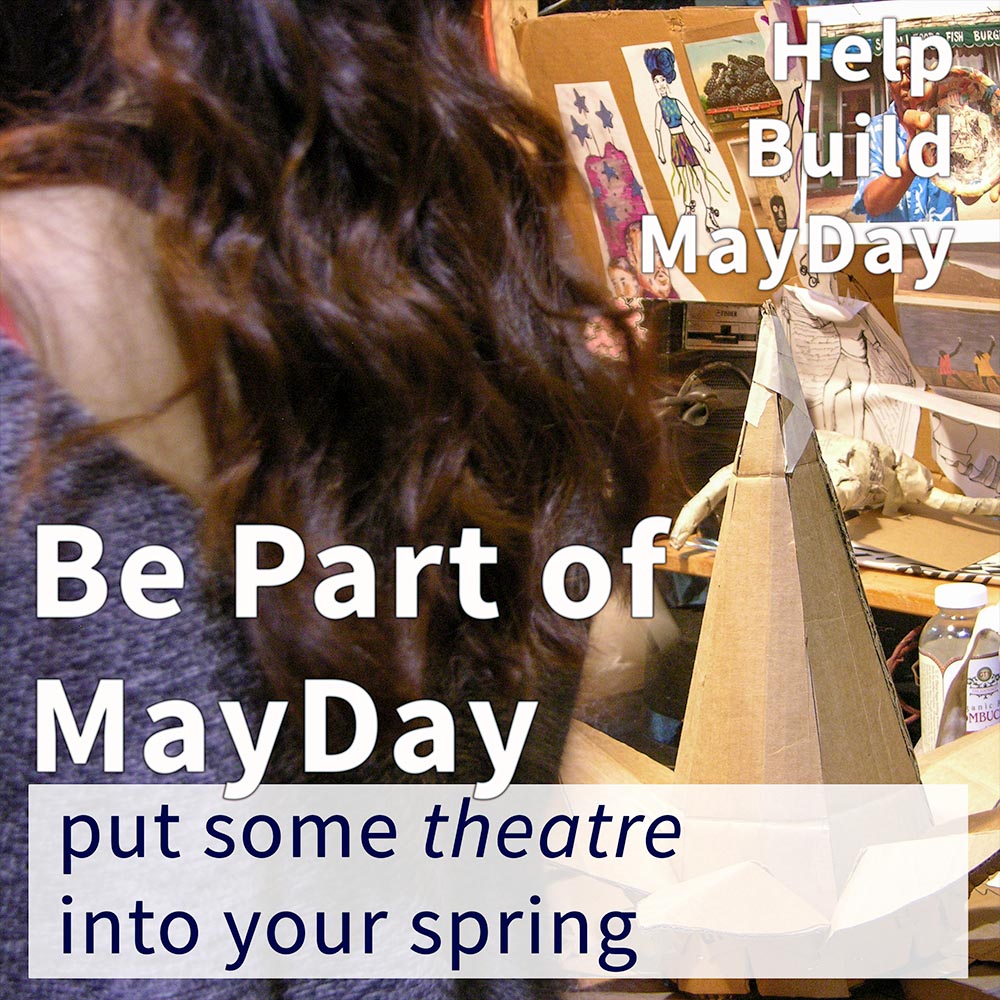 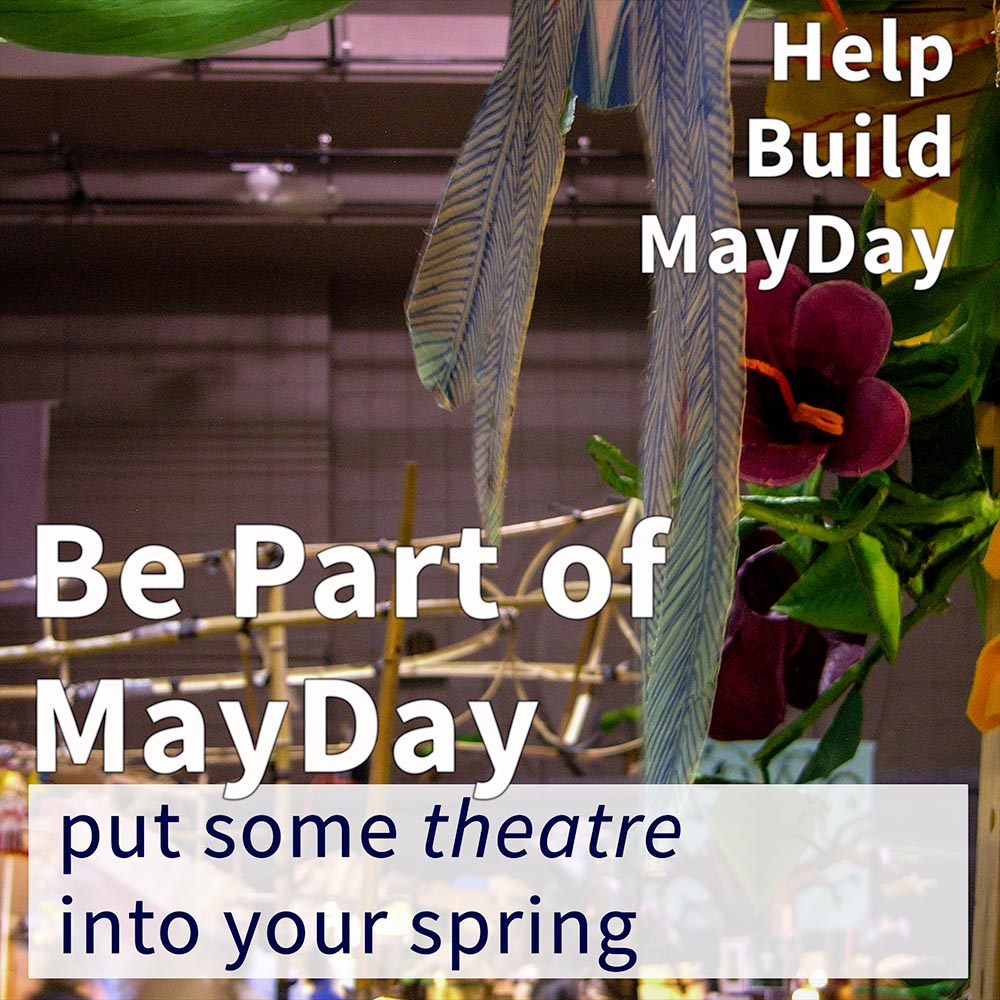 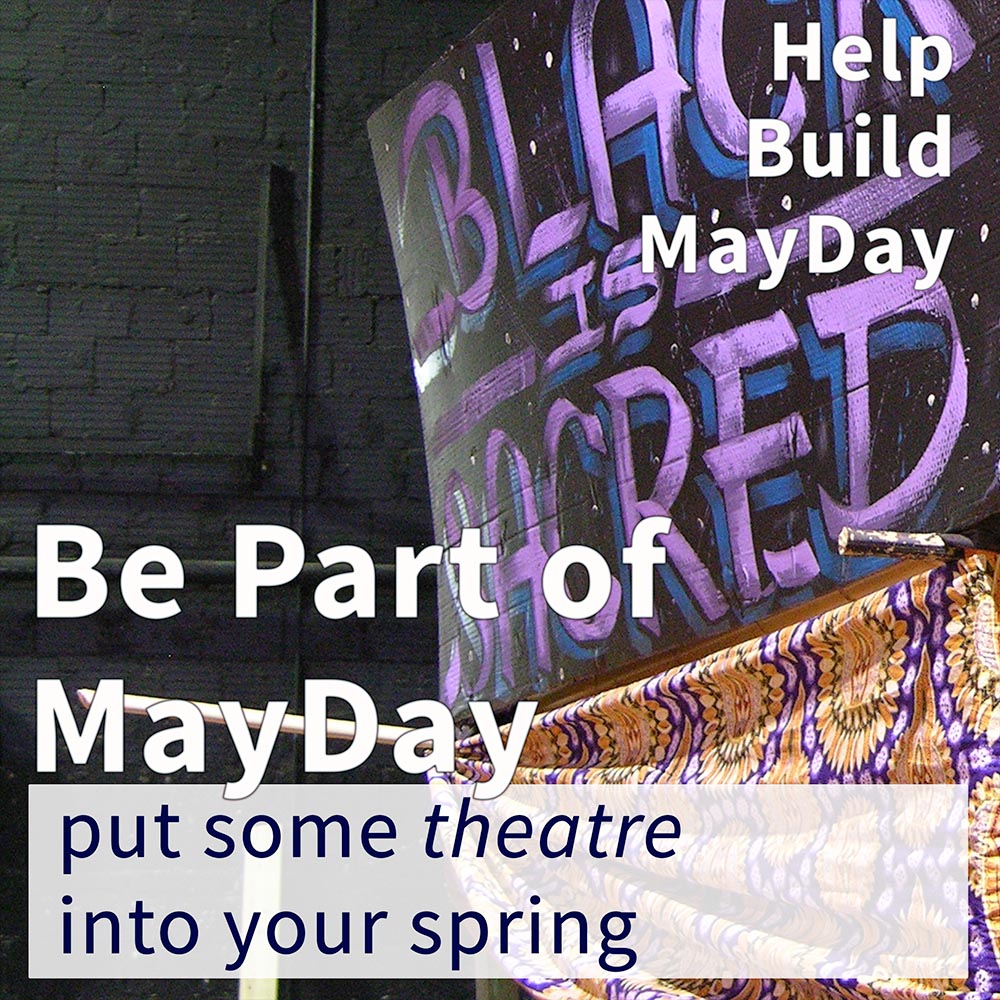 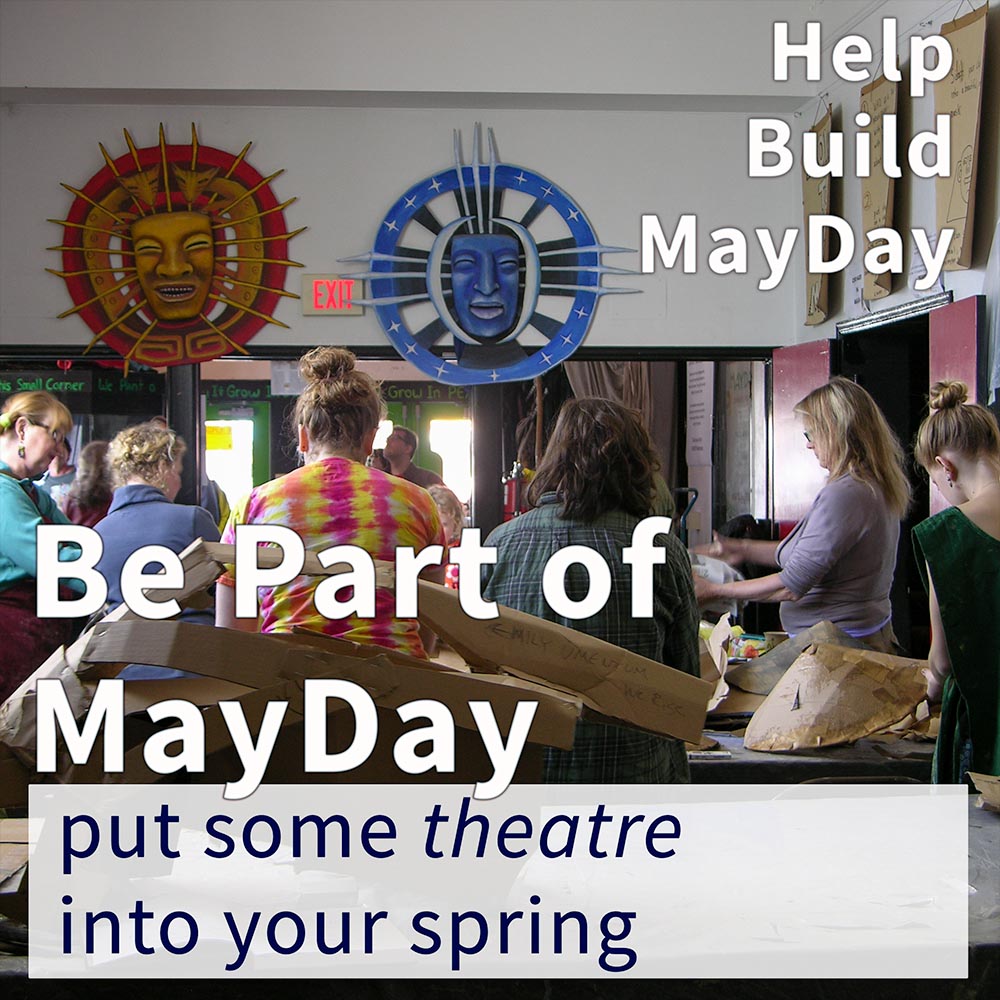 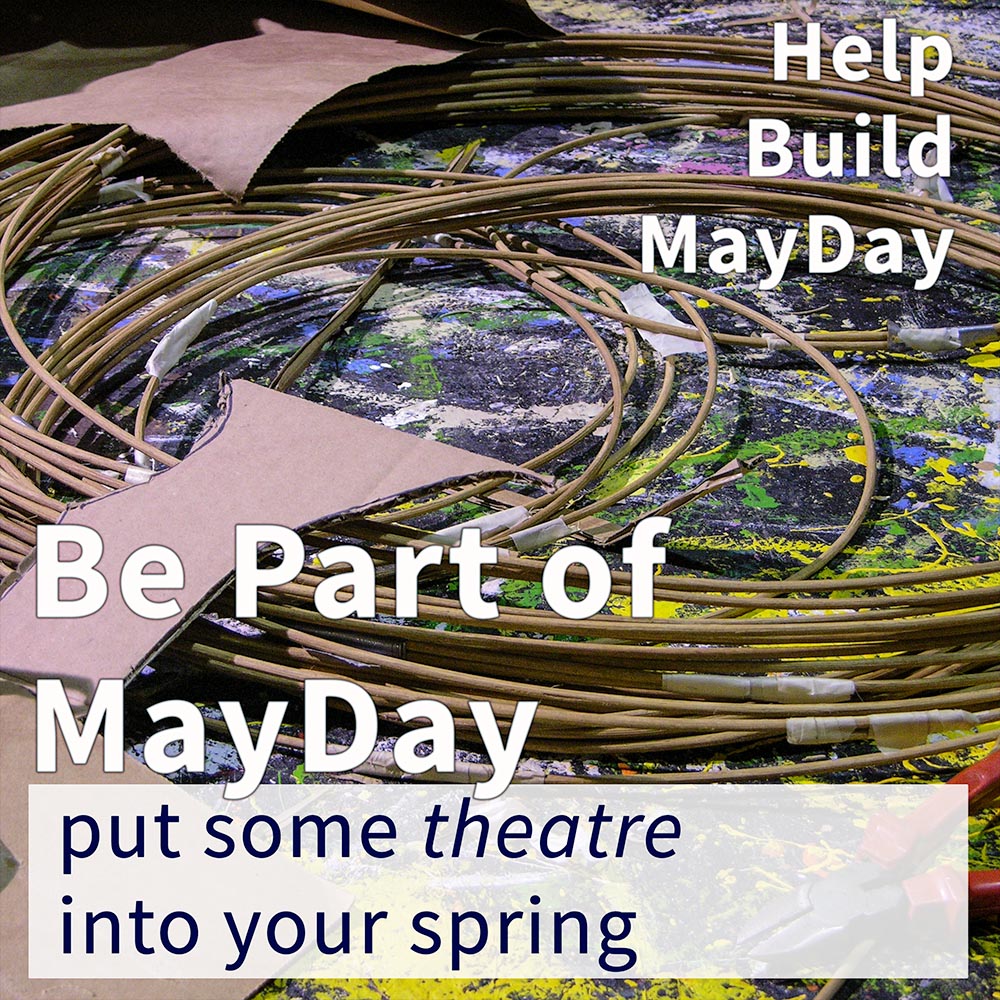 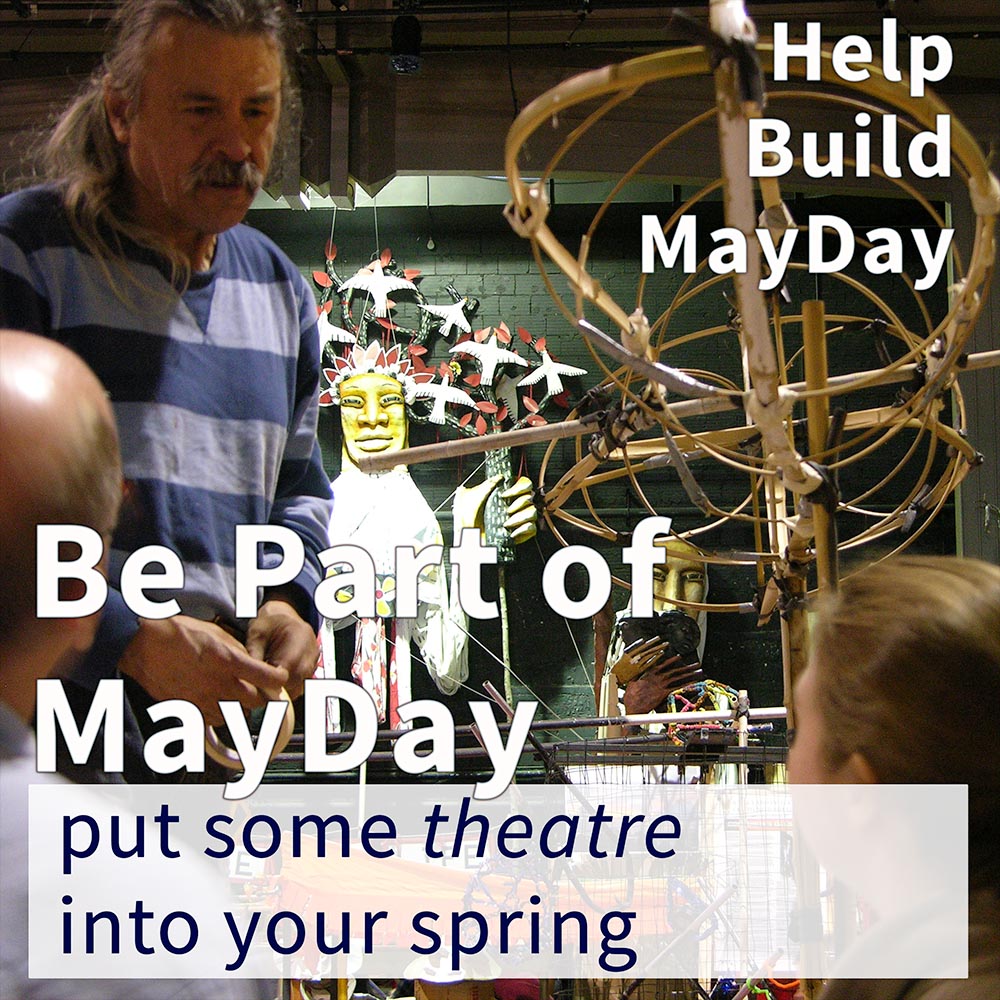