Overlooked in my article Thursday about Minneapolis’ burgeoning bikeway system was the Dinkytown Greenway, which celebrates its grand opening Sunday. 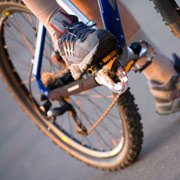 Touted as a bicycle expressway, the new route connects the University of Minnesota Transitway to the West Bank via Bridge 9 over the Mississippi River. Next year the bikeway will be improved with a nonmotorized tunnel under Interstate Hwy. 35W to 13th Avenue South, providing a more direct route to downtown along river bike trails and bike lanes on 2nd Street.

The Dinkytown Greenway “will serve both recreational cyclists and commuters heading to the U of M or downtown Minneapolis, two of the biggest employment centers in the state,” according to a BWTC news release.

The festivities Sunday, which are open to all, include a ride beginning at noon at Carter and Eckles Avenues on the St. Paul campus, a stop at the Malcolm Avenue SE site of the future Surly brewery to meet up with Minneapolis Mayor R.T. Rybak and a celebration at Oak and 5th Streets SE, next to TCF Stadium. Then the ride continues on the new path across the Mississippi.

It’s a little disconcerting when your humble transportation fellow can’t keep track of all the bicycling improvements going on around here. But I’d rather be embarassed by my own ignorance than by a city and state ignoring growing public demand for healthful, efficient, environmentally friendly and economical nonmotorized transportation.