Rep. Michele Bachmann’s presidential bid ended long ago. She was the crazed right wing nut job of the moment in 2011. Her campaign peaked with her winning the Iowa Straw Poll in August 2011, but soon after began to plummet.

She abandoned her bid in January 2012 after placing a distance third in the Iowa Republican Primary.

The turning point of Bachmann’s political career will likely be seen as a seemingly inconsequential decision Team Bachmann made in the aftermath of her Iowa Debacle. They decided to play hardball with a group of Iowa campaign staffers who wouldn’t sign confidentiality agreements. If these staffers wouldn’t sign a STFU agreement, they wouldn’t be paid. This is when disgruntled former staffer and RWNJ Peter Waldron reported her to the FEC.

And the unraveling of her political career could end with her and her husband spending time behind bars: 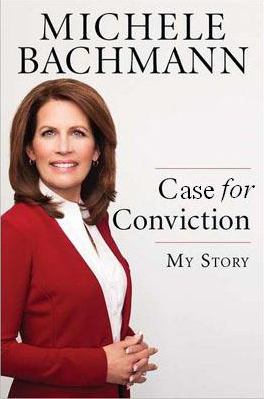 The latest is a federal inquiry into whether an outside “super PAC” improperly coordinated strategy with Mrs. Bachmann’s campaign staff, including her husband, in violation of election laws.

The Department of Justice demanded records from the super PAC last week of its finances and its communications with Mrs. Bachmann; Marcus Bachmann, her husband; and former staff members, according to a grand jury subpoena reviewed by The New York Times.

The investigation appears to stem from a complaint a former campaign staff member made to the Federal Election Commission and to the F.B.I. The staff member told of overhearing the president of the super PAC asking a Bachmann senior adviser about buying advertising on radio and TV stations in Des Moines ahead of the Iowa caucus on Jan. 3, 2012.

Bachmann already faces an investigation by the non-partisan Office of Congressional Ethics (OCE) which recently decided to continue their investigation into presidential campaign staffers helping promote her book.

Police are continuing to investigate Team Bachmann’s theft of an email list from then-staffer Barb Heki. Heki ran a evangelical christianist home schooling group and accused Team Bachmann of stealing the list and damaging her reputation. Bachmann settled the civil suit part of this scandal.