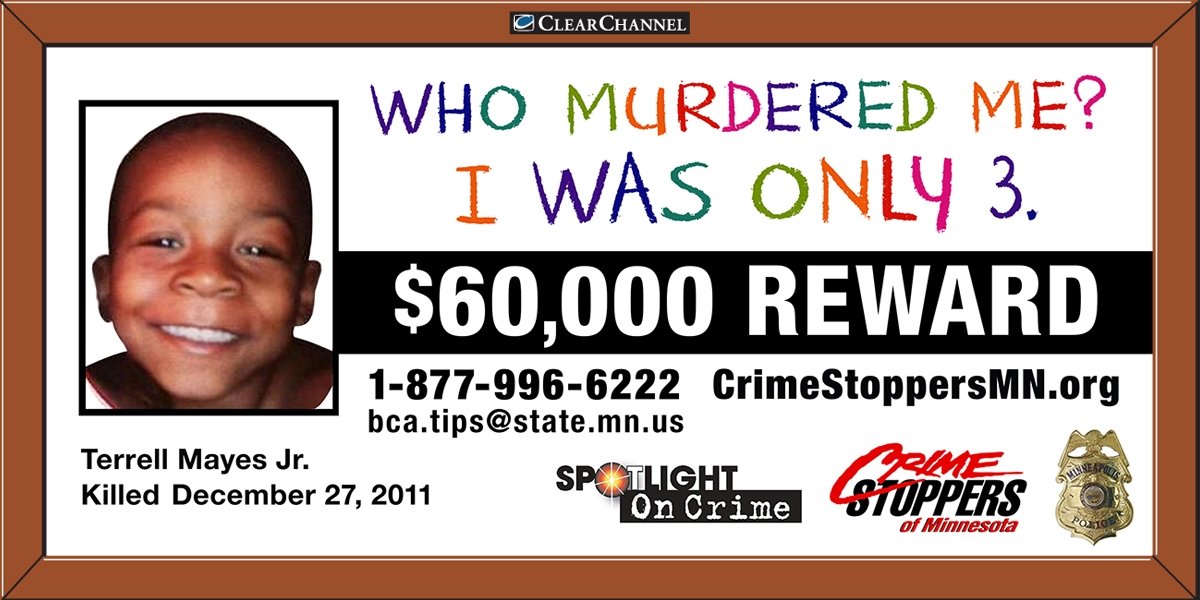 It’s been three years, two months, and twenty-three days since Terrell Mayes was killed by a stray bullet.  Sixty thousand dollars in award money has been added to that time, but we are still waiting for enough information that leads us to his killer.  About a week and a half ago, Terrell’s mother posted in North Talk that nothing has been happening regarding this tragedy.  I gave my word that I would write up a post.  I’m late on publishing it, but there are personal reasons why this is a difficult post to write.

A little over a year ago–January 10th, 2014 to be exact–I received news that my ex-wife’s youngest son passed away unexpectedly.  While he wasn’t my biological son, I loved him as if he were my own.  I can’t, or won’t, go into great details about his passing, other than to say this:  There are at least two people who bear some responsibility in his death.  It is highly unlikely that those two will face justice for their actions.

I know what it means to carry that burden with you, every day.  I understand how hard it is to let that burden go, and I know the struggle of needing to let go but wanting to hold on because as bitter as it is, that burden can feel like the only  thing in the world that even matters.

All this is to say that while my heart broke when we all heard the news of Terrell’s death, it breaks again, and more profoundly, now.  I don’t know what I can do to help bring about accountability for those who committed this atrocity, and there certainly isn’t anything I can say to those people directly.  But I can speak to their mothers or fathers, so that’s what I’ll do for the remainder of this post.

If your son or daughter was behind this, and you know what they did, you have a responsibility to call it in.  And if you don’t, then start preparing yourself for what you’ll do when you get The Call.

You know what Call I’m talking about, because whoever fired that shot, whoever was with them and knows, if they haven’t turned their lives around to the point where they are willing to own up to that, then there’s only two Calls that their parents are going to get.  Either they’re in jail or they’re dead.  That’s the path that the killers of Terrell Mayes are on, and there’s no way off of it.

So if you know something about your son, or even about someone else’s son, in connection with Terrell, then I beg you:  make The Call.  Yes, it will result in that person going to jail.  But if they’re lucky, that’s where they are heading anyway.  It’s only a matter of time, and a question of if they’ll harm other people or if they’ll come to harm themselves before the inevitable.

An innocent child was murdered.  Someone out there knows something.  Make that Call.  It may  be the hardest thing you ever do, but I can promise you that what WILL come if you don’t isn’t going to be any easier to bear.