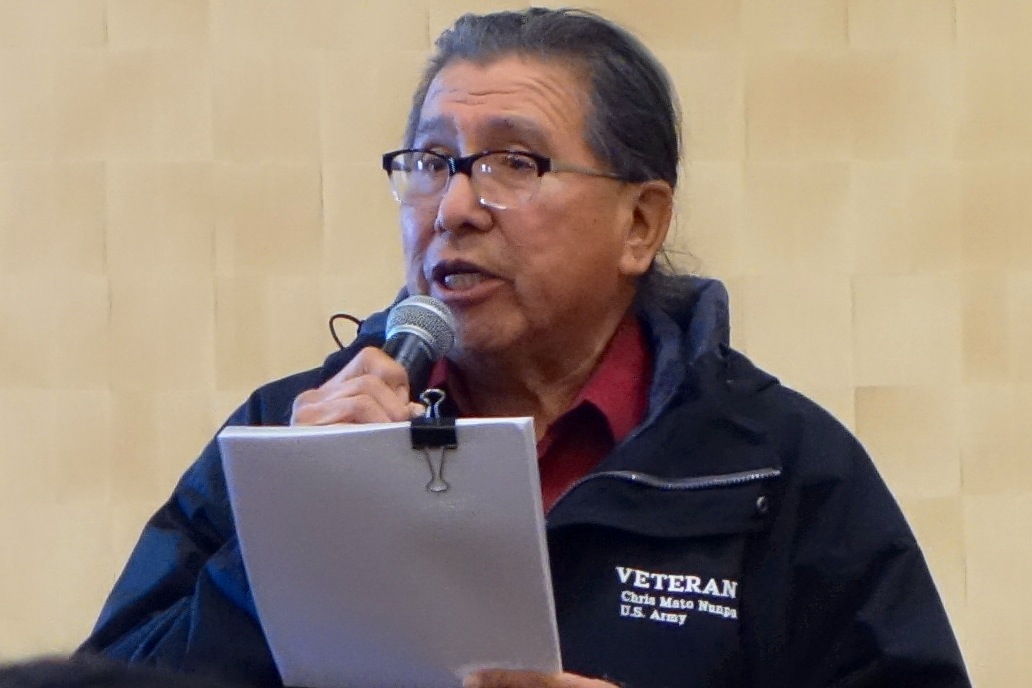 On Wednesday, January 9, Saint Paul’s City Council passed a resolution that will recognize 2013 as “The Year of the Dakota: Remembering, Honoring, and Truth-Telling.” The language of the resolution was nearly identical to one that was passed in Minneapolis on December 14, 2012.

Saint Paul’s resolution acknowledges that the Dakota-U.S. War of 1862 and the mass execution of 38 Dakota in Mankato were events that opened a disturbing and neglected chapter of history, one characterized by the genocide of the Dakota people in Minnesota. The document resolves, from now on, to include the Dakota perspective at public events, to promote the well-being and growth of the American Indian community and to begin efforts to rectify the wrongs that were perpetrated since the Dakota-U.S. War of 1862 “a tragic and traumatic event for the Dakota People of Minnesota.” It also resolves that the year 2012-2013 will be “The Year of the Dakota: Remembering, Honoring, and Truth-Telling.”

One difference from the resolution that was passed in Minneapolis is the addition of language that directs “the City of Saint Paul and its Parks and Recreation Department will work with the Dakota Bdote Restoration Consortium to identify, name, and interpret sacred Native American sites at and nearby the sacred Bdote from the confluence of the Mississippi and Minnesota rivers to Mounds Park; including listing, mapping, identifying Dakota site names in the Great River Passage Plan, and participating in on-going collaborative research to further describe, dually name, publicize, and interpret significant Dakota sites in the Great River Passage Park Implementation;”

In Minneapolis, Councilperson Cam Gordon worked with members of the Dakota community to pass the resolution on December 14, 2012. Councilperson Dave Thune brought the resolution to the St. Paul City Council where it passed unanimously, followed by a round of applause from a crowd gathered to witness the historic event. 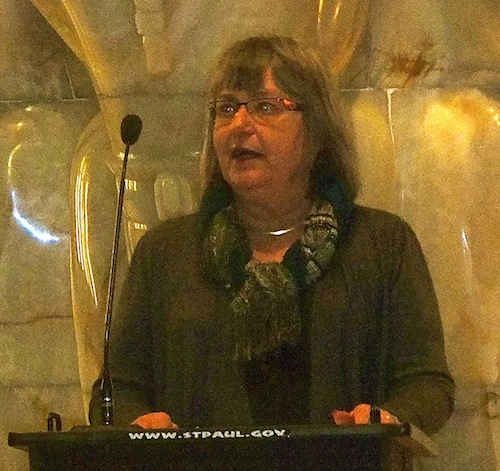 The resolutions represent the culmination of many years work for Dr. Chris Mato Nunpa, his wife Dr. Mary Beth Faimon and other Dakota people and supporters. Dr. Nunpa is chairman of the nonprofit educational organization Oceti Sakowin Omniciye (Seven Fires Summit) which has the mission “to reveal the true history of the Dakota and the State of Minnesota – a history marked by acts of genocide, theft, and broken treaties.” The original draft of the Year of the Dakota resolution, which was adapted for the city councils, can be read on the OSO website.

For many years, Dr. Nunpa has been an outspoken proponent for the use of terms, such a genocide, in discussing the history of the Dakota in Minnesota. OSO continues its work with State Representative Susan Allen on a formal request that Governor Dayton declare 2013 “The Year of the Dakota” and has plans to co-sponsor a conference to be held in May at Hamline University, “The Year of the Dakota: Remembering, Truth Telling, and Honoring.”

After the resolution was passed and Councilperson Thune made comments that he hoped that the resolution would serve to begin a process of education and reconciliation, Dr. Nunpa was invited to speak. He greeted the council, supporters and allies in Dakota, “the language of the first Minnesotans.” He went on to describe his long fight to have “key terms” used and stated that he is “elated and excited to have lived long enough to see this happen.” He mentioned that there is much to discuss including the treaty of 1805, one that includes much of St Paul and Minneapolis, “We basically have not been paid for that land–we’d like to work on that a little bit.” There was laughter but Dr. Nunpa made the point that treaties need to be studied and discussed.

Kathryn Kelly, an OSO member and faculty from the College of Arts and Sciences at Metro State also made comments in City Council chambers. She said, “I appreciate what’s being done — a governmental body is recognizing genocide here in Minnesota.”

She had strong words to describe the cruel treatment of the 38 Dakota prisoners of war who were hanged en masse, stating “We must acknowledge our history.”

Afterwards in the lobby of City Hall, several other speakers made comments. Howard Vogel, a retired law professor and fifth generation Minnesotan, whose great-grandfather was present at the executions 150 years ago said, “I’ve been learning about this for a long time…the story that I learned about Minnesota is radically incomplete.” He added, “This resolution today is an opportunity to begin learning about that much larger story.”

Dr. Faimon talked about the kinds of discussions often encountered on the topic of Dakota genocide, trauma and recovery, “One of the issues that we will be confronting is, of course, denial that any of this happened–Don’t want to hear about it; it happened a long time ago; Let’s get over it. This is the usual response.” But she praised both Minneapolis and St. Paul City Councils for passing the resolutions, “This is monumental–they have broken through and have made public statements, as a government entity, using words as genocide, using words as concentration camps.”

Tom Duke, representing St. Paul Interfaith Network’s (SPIN) initiative, Healing Minnesota Stories, which works with congregations in “the effort to understand and heal” remarked, “I want to observe an occasion like this as a chance to stand up and do what needs to be done.” He introduced his co-convener Jim Bear Jacobs and invited members of the crowd to a planning meeting for the discussions ahead, next Monday at St. Paul Area Council of Churches on Summit Avenue.

The event recognizing the signing of St. Paul’s “Year of the Dakota” resolution came to a close with Dr. Nunpa standing at the base of the Carl Milles’s Vision of Peace statue and singing a Dakota prayer of thanks.

CORRECTION 1/11/2013: The correct name of the statue is now “Vision of Peace,” not “Indian God of Peace.” Thanks to an alert reader, who emailed us that the name had been changed, “Mostly at the request of the Native community, who pointed out that there has never been an Indian God of peace.”