A (much needed) Vision for The Yard

In the past month plans for the Vikings stadium, Downtown East and a new park, The Yard have raced ahead at lightning speed. As this has occurred, we have written two pieces that have appeared on Streets.mn. The first (by Max) and a follow up (by Sam) raised questions and outlined a vision for what The Yard can and should be.

We’ll focus on that here: that The Yard should be the go-to gathering place for public events and celebrations with attractions, programming and management. A place with events like festivals, markets, ice skating, fireworks, and performances all draw people.

A Way Forward: Why The Yard needs to attract 1.9 million annual visitors on non-game days

By far the most important piece of a successful park is not its design but rather its programming. In order to become the go-to gathering place, it must draw people for everyday events and programming throughout the year. The current vision for Vikings game days is a very good start for those eight days, but must be replicated for the other 357.

Under current designs, The Yard will need to draw 1.9 million visitors every year. That’s a lot. For perspective, attractions like Minnehaha Falls and the Stone Arch Bridge get just over 1 million every year. We arrive at this number by taking the proposed square footage of The Yard, 183,000 square feet, divided by a standard of 300 square feet per person to make a park feel safe. Multiply that by 10 hours a day, 350 days a year. Subtract out “organic visitors” (ie Wells Fargo employees and new residents, assuming 1% usage at any one time) and you arrive at 1.9 million.

In other words, an underutilized park doesn’t feel safe, and indeed may not be! The way to overcome this is proper programming. How do we do that? 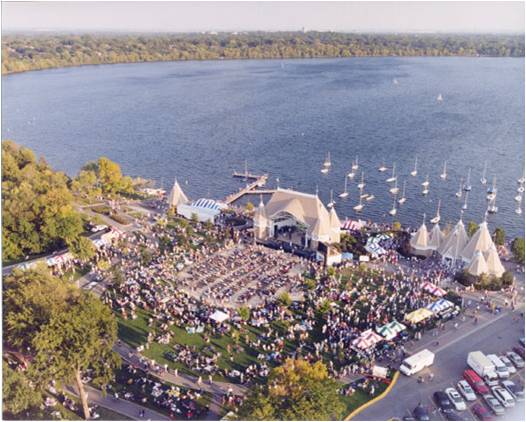 Most of the talk around The Yard has focused on it being a sort of multipurpose field with some formal ball fields and possibly a concession similar to Tin Fish or Sea Salt. The concession is a very welcome addition, but 180,000 square feet with only a single restaurant and a bunch of space to kick around a soccer ball or play frisbee is not going to attract 5,000+ visitors a day.

The park committee should take a lesson from other world class urban parks (Part 2 covers those nicely), but also Lake Harriet right here in our back yard. The Lake Harriet area is so well programmed with activities, events, and experiences that it would still be great even without the lake itself. Think about it: great food, summer music/movies, playgrounds, beaches, the historic trolley, places to sit and people watch, woven together by trails and small, flexible open spaces woven in between, and very well connected to the surrounding area. Active edges make active interiors and we need to make sure that:

Comparing The Yard to similar downtown parks throughout the country, we both argued that while green and natural elements are important, activity, programming and management are more so. We can’t mistake that greening will automatically attract enough people to make The Yard a great place. The design of the park should include seating and shade and enough pedestrian connections to encourage multiple routes and movement around and through the park, but also appropriate surfaces to accommodate crowds and vendors, for example. The biggest mistake we could make is too much grass that will just get trampled constantly.

The Key to Success: Operating and Programming Funds. But who should pay and how much?

The Newberg post also illustrated that $25 million in additional capital funds will likely be needed for full build out as well as the reliable sourcing of between $2.5-$5 million in annual management and programming funds. This is not chump change.

Obviously the Vikings have their sights on The Yard for tailgating activities. In the current term sheet before the City Council this week, the Vikings and MSFA actually will have exclusive use rights to the eastern portion The Yard for 58 days a year (12.C.a). I agree with RT Rybak and others that this can and should be one of the best football and urban experiences in the country.

BUT, there are obvious items that need to be addressed. Going back to Bryant Park in New York for a moment. From 1994-2009 one Bryant Park was home to NY Fashion Week for two weeks every year. The event brought a tremendous amount of activity and publicity, but also the unfortunate consequence of preventing the public from using most of the park (as seen below). The Vikings and the MSFA should absolutely hold tailgating festivities in The Yard, but they should not have a monopoly over the use of park space on non-game days. 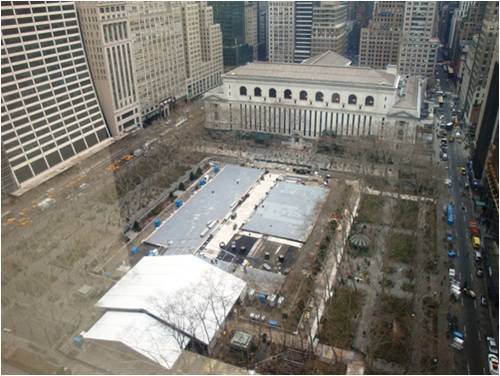 To the Vikings’ credit, they have agreed to contribute $1 million to The Yard improvements. By our reckoning, however, based on the possible $25 million improvement cost, and that the Vikings/MSFA get to use The Yard 58 days per year (16%), they should contribute at least $4 million to development of the park. Furthermore, and perhaps more importantly, 16% of ongoing management and programming is $400,000 per year. For all of the public dollars going to benefit the Vikings and MSFA use of a public space, the least we can expect is for those who benefit most to pay their fair share.

Recommendations to the City Council and Park Committee

The Yard can and should be a real asset for Wells Fargo, the Viking, the City, Ryan Cos., and – most importantly – the public. Here are our recommendations: 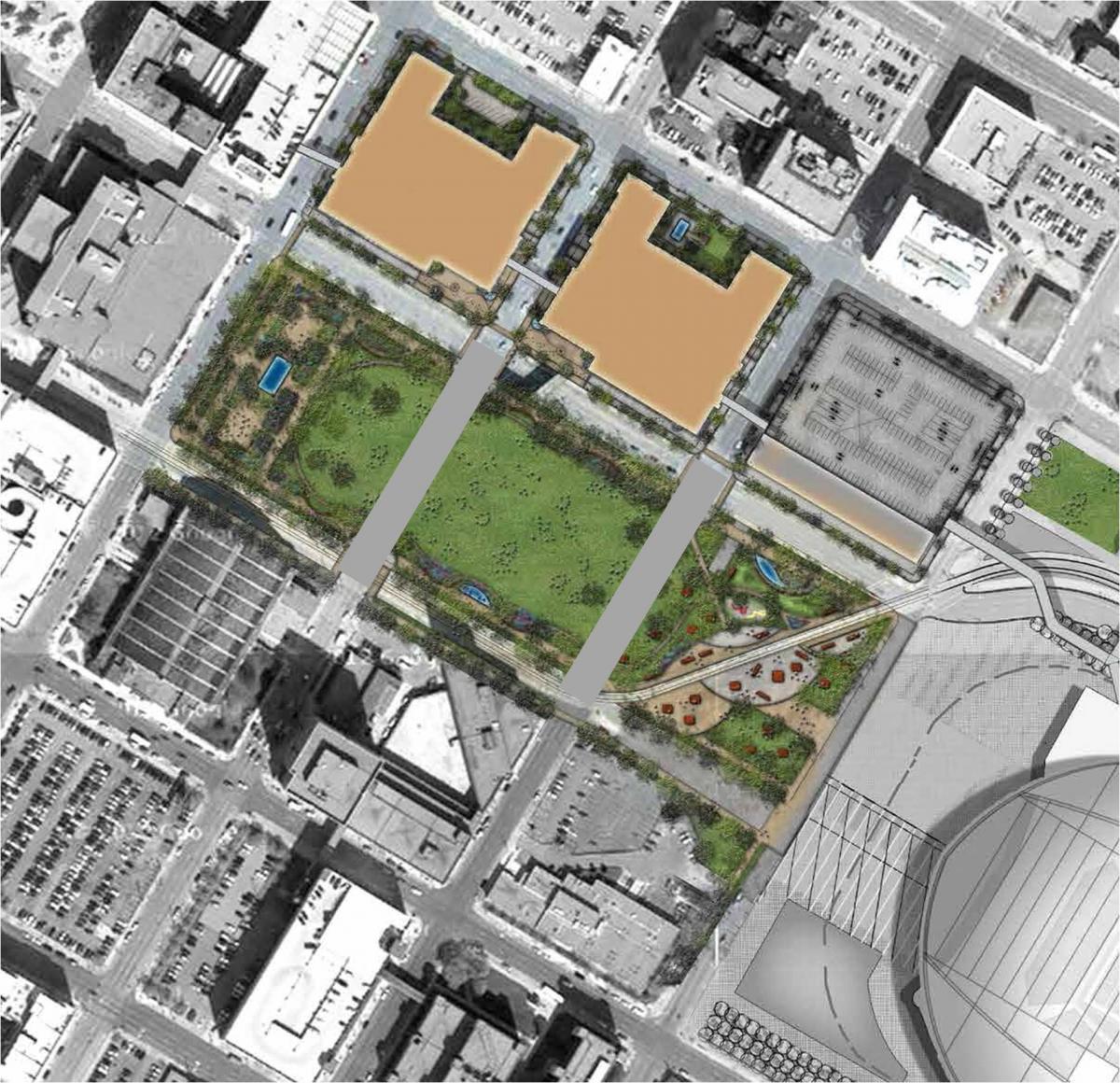