A controversy in Colorado has flushed out information about a Minnesota-based company’s former ties to the American Legislative Exchange Council. The kerfuffle may be instructive to understanding the ALEC origins of some of the politics of net metering of consumer-generated solar power that we hear in Minnesota.

Via PRWatch’s Xcel Energy and Endo Health Cut Ties to ALEC, Making 72 Corporations Out, we learn:

A spokesperson for Xcel Energy — a $10.1 billion a year public company based in Minnesota — said that the company hasn’t been a member of the American Legislative Exchange Council(ALEC) since 2011 in response to a recent letter to the Boulder Weekly criticizing Xcel’s efforts to reduce homeowner solar “net metering” credits as a hindrance to transitioning to renewable energy sources. The spokesperson attempted to distance the company from ALEC, complaining, “if you’ve been affiliated once, then they’ll brand you for life.”

Xcel Energy was listed as a state co-chair in ALEC documents from the summer of 2011, but Xcel told Boulder Weekly that it last paid dues in 2010. It is not clear when Xcel actually stopped aiding ALEC. . . .

Glenn Vaad, a member of the right-wing American Legislative Exchange Council (ALEC), has been appointed to the Colorado Public Utilities Commission. According to the Boulder Weekly, Vaad

was active in ALEC when he was a state legislator, serving as chair of the ALEC Task Force on Commerce, Insurance & Economic Development, according to ALEC documents posted by Friends of the Colorado PUC (friendsofthecoloradopuc.wordpress.com), which recently launched an anti-Vaad petition drive that has garnered more than 750 signatures.

Gabe Elsner, executive director of the Energy and Policy Institute in Washington, D.C., points out that Vaad also received ALEC’s “State Legislator of the Year” award in 2012, according to documents provided to the Center for Media and Democracy by a whistleblower. 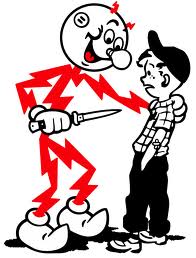 Dodge writes that Xcel claims it hasn’t given money to ALEC for awhile:

Michelle Aguayo, a spokesperson for Xcel, says her company hasn’t given money to ALEC since 2010, but “if you’ve been affiliated once, then they’ll brand you for life.”

She also says it’s a bit of a stretch to make a connection between her company and Vaad just because of Xcel’s payments to ALEC or EEI.

“They’re probably trying to connect a lot of dots that probably aren’t there,” Aguayo says of the renewable energy advocates criticizing Vaad. “They will use any and every tactic they can to bolster their positions, whether they are valid or not. And unfortunately, you get some groups that, if they say something enough, they believe it, whether or not it’s true, and they want everybody else to believe it as well, to validate their opinion. Do we quit giving money to anybody and everybody because of possible ties somewhere down the road?”

Xcel Energy was the corporate state co-chair of ALEC in Wisconsin as of ALEC’s 2011 annual meeting in New Orleans. “Xcel claims it wants more solar and is trying to publicly distance itself from ALEC’s assault on clean energy,” Gabe Elsner told CMD. He is the Executive Director of the Energy and Policy Center (EPC) — a non-profit group that “performs research and analysis on lobbyists, front groups, and politicians working to expand our reliance on fossil fuels and slow the development of a clean energy economy,” according to its website. “But in reality, their trade association, Edison Electric Institute (which Xcel gave over $300,000 in 2012), is spearheading a national attack on rooftop solar through ALEC. And Xcel is working to gut incentives for homeowners that invest in solar in Colorado. Actions speak louder than words.”

The Edison Electric Institute (EEI) was an exhibitor at ALEC’s 2011 annual meeting and funded the 2012 ALEC States & Nation Policy Summit, according to ALEC materials obtained by the Center for Media and Democracy (CMD). Other groups EEI has funded include the euphemistically named Global Climate Coalition, which prior to its disbanding in 2002, was one of the most outspoken and confrontational industry groups in the United States battling reductions in greenhouse gas emissions. Additionally, the staff director of ALEC’s energy task force left ALEC last year to join EEI as their X (give his name and a cite).

Undisclosed fossil fuel industry interests introduced an “Updating Net Metering Policies Resolution” — proposing that state policymakers “require that everyone who uses the grid helps pay to maintain it” (even those who are contributing power to the grid) — to ALEC’s Energy, Environment and Agriculture Task Force at the group’s States & Nation Policy Summit in Washington, DC, in December 2013. EEI’s Executive Director of retail energy services, Rick Tempchin, told EPC’s Elsner that Brian McCormick, EEI’s Vice President for Political and External Affairs, “worked with them on the resolution” attacking net metering, according to the Huffington Post. . . .

Xcel may not be wed to ALEC any longer, but it does seem like it’s still making support payments to the corporate bill mill.